In all my fifty years in my profession, I have come across any number of young men and women who have come to me before they could go anywhere else , and I still am trying to find out out why – Ali Peter John

Some of them were brilliant and I saw them rising and taking their places in high positions .

Some continued to struggle , but were happy with the way they were going and with the hope that they would make it big some day .

And there were some who were passionate and absolutely mad about their passion to make it and Anu Malik , the son of Sardar Malik and a nephew of the veteran lyricist , Dr Hasrat Jaipuri , was certainly one of them .

I first saw Anu Malik in the apartment of the well-known PRO Gopal Pandey and his elder brother , lyricist Anjaan who lived in the same apartment .

I saw how the two brothers were treating the young Anu like a nuisance and were looking for the easiest way to ask him to leave as they had their own work to do .

I knew that Anu was a deewaana and could do anything and bear any insults and any humiliation if he saw that it was going to help him .

I was a guest of the Pandey brothers and I was introduced to Anu by Anjaan just to see that Anu didn’t waste any more of his time and Anu latched on to me . I gave him my address and forgot all about him .

The next morning at 9 30 in the morning , the bell rang and I saw Anu Malik carrying his harmoniam , with two other young man carrying tablas.

I was too stunned for words , but he just walked into my drawing room and started playing on his harmoniam with his friends giving him support on their tablas.

I told him not to make a lot of noise or he would be asked to leave by my own wife who was the Chairman of the Society which had formed a rule which said that no film activities would be allowed in the society .

But , instead of making less noise , Anu also started singing loud and I knew that was asking for trouble .

My wife requested me to ask Anu to leave as it didn’t look good for the Chairman herself to break a rule of the society which she was basically formed by her.

It was a sad scene to see Anu and his men walking out of my gate , but I saw Anu smiling all the way . And if I thought I had seen the last of Anu Malik , I was being too optimistic .

The next morning when I reached my office at Express Towers at Nariman Point , I literally panicked when I saw Anu Malik sitting in front of my editor , Mr B K Karanjia and trying to play his harmoniam with the same two men sitting with him .

I rushed into my editor’s cabin and saw him turning from pink to red and he finally spoke and told me , ” why do you ask such mad people to come to my office ?

He is absolutely mad . I was just going to call the security or the police to see that he was thrown out .”

I didn’t want Anu Malik to face any more insults . My editor who was a Parsi and knew very little or nothing about Hindi film music , asked me to write a paragraph about him in my column , but Anu Malik was not satisfied .

He wanted me to listen to some tunes he had composed . I took him to my canteen and made him sit and asked him to play but as soon as he started moving.

” It was the second time in two days that Anu Malik was being humiliated but he was still smiling and told me , ” Ali Bhai , I am prepared for all this , but I will not give up till I succeed “.

I saluted his spirit to fight his way to success . And wondered how many more insults he must have faced .

I had an appointment with the renowned filmmaker J Om Prakash I his office at Santa Cruz . And I saw Anu standing with his harmoniam outside the entrance to Omji’s office.

I told Anu that I had an appointment with Omji at 6 pm and what followed was something I couldn’t imagine .

” I thought it would be sensible if I told Omji about Anu wanting to meet him and Omji folded his hands and said ,. ” Na Baba, woh nahi, koi aur chalega “. 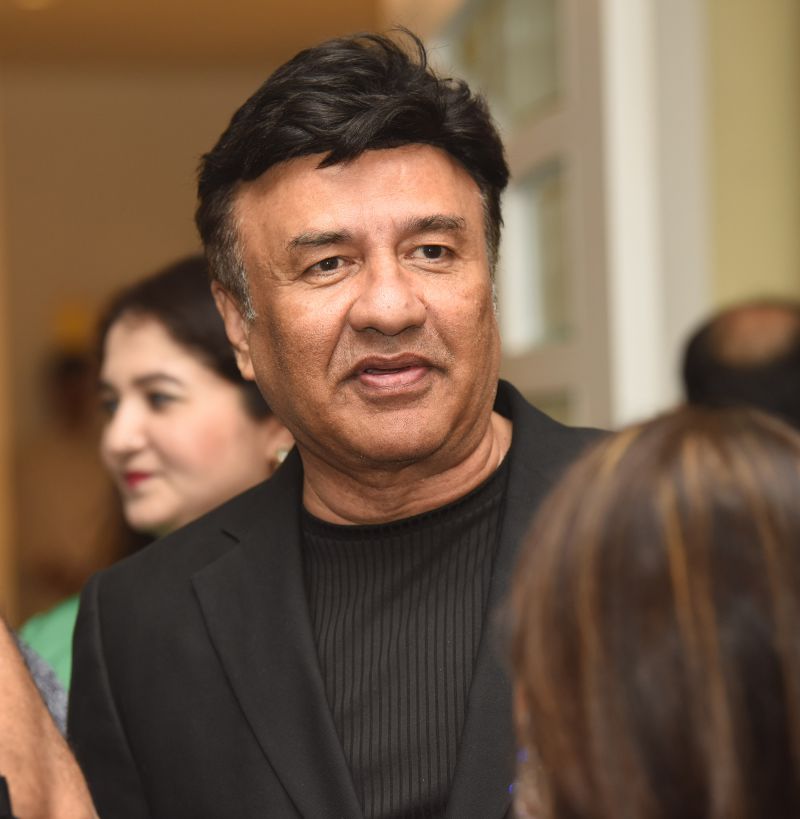 His time finally came when he scored the music for two of Harmesh Malhotra’s films , ” Poonam” and “Aapas Ki Baat”.

And it was the first time that I was asked to write about him Anu Malik had proved that he had the “dum” in him .

And I don’t know what happened after my talking to ” Manji ” about Anu , but it was big news to me and the industry when Manmohan Desai signed Anu Malik to be the music director of his ambitious film ” Mard” with Amitabh Bachchan , Amrita Singh and Dara Singh .

The music of the film was accepted by the public and even the critics and Anu was now a big player in the game of Hindi film music .

It was at this time that we had the Screen Awards and he wanted to sing an English song written composed , and sung by him . I got the permission to include his performance at the show and he did it .

Success however kept spoiling him . He started lifting and plagiarising tunes and even entire compositions from other composers like A R Rahman , Nusrat Fateh Ali Khan and from popular Hollywood singers and composers .

He even interfered in the lyrics and had the temerity to ask renowned poets like Dr Rahat Indori ( he died last year ) to lift lines from some of the best known poets of the Urdu language , which most song writers refused to do and when they refused , he wrote some lyrics himself . Success had certainly gon to his head .

He could have still been one of the leading composers , had he had control over his impulses . 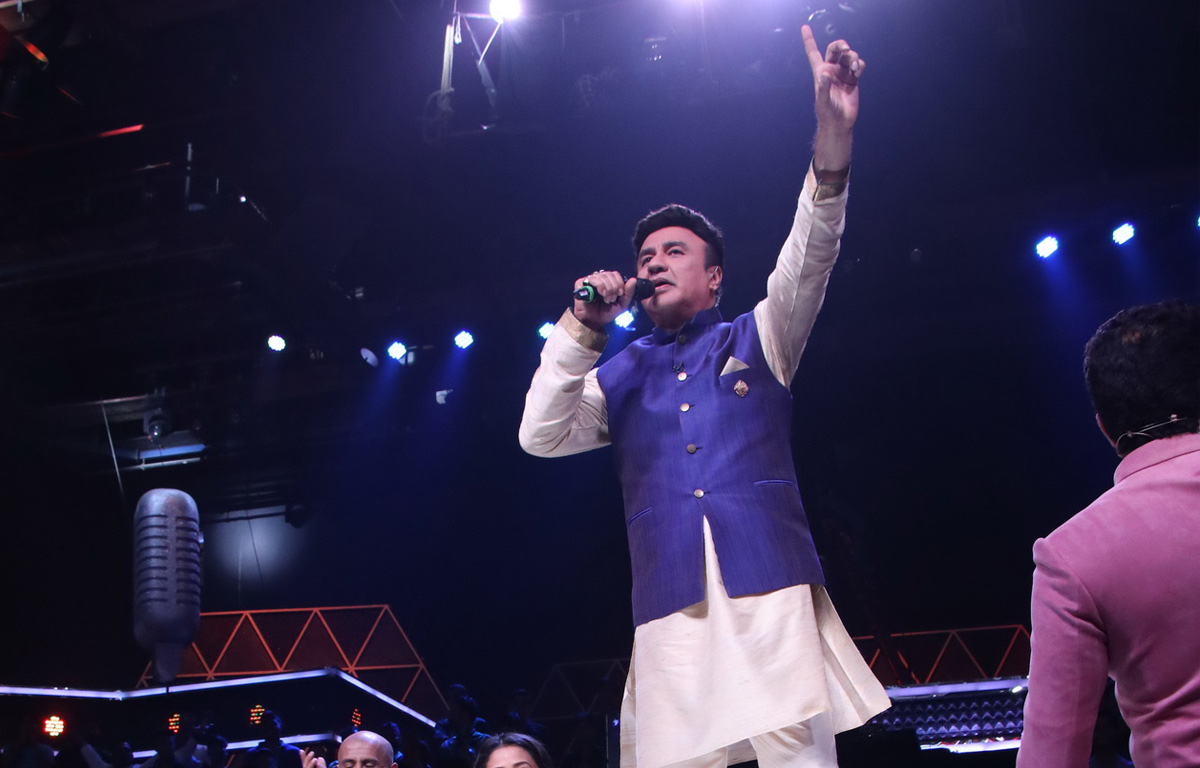 He first got into a major controversy when the singer , Alisha Chinai acused him of sexual misappropriation .

The controversy got Anu into trouble when the media of the time picked up the story and added spice to it .

He came to me for support , but I was sure that he must have played some dirty tricks and so handed him over to my editor who was a lady .

He kept calling her ” “mother” and “mummy ” and had a favourable write up , but he was not going to change easily .

I had sent a fifteen year old girl from Indore , Ms Aditi Banerjee who wanted to be a singer . I told Anu not to play his games with the little girl and he swore that he wouldn’t . 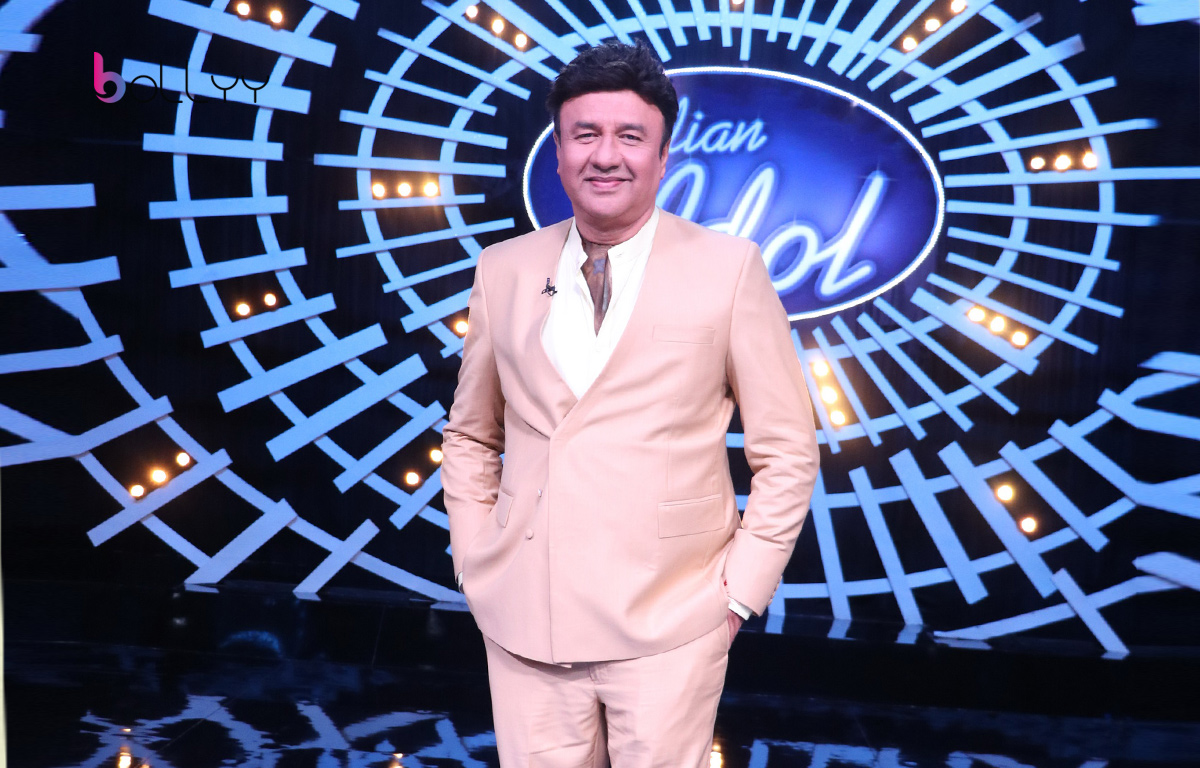 But , after just one meeting with him , Aditi and her parents left Mumbai and didn’t even contact me again .

It was only some years later that Aditi’s parents told me about how Anu had misbehaved with Aditi and the girl was in such a state of shock for two years that the parents decided to get her married and the dreams of a potential singer were crushed .

Some three years ago , two young singers , Sona Mahapatra and Neha Bhasin exposed him in the MeToo movement which had a very bad impact on his career .

He was dropped from a reality show , but was brought back . He however has no assignments on hand now .

He is sixty and still has a long way to go . But he will have to change in more ways than one . Will he ?

M.F.HUSAIN-HIS LOVE FOR TEA AND ME