Iranian Filmmaker Majid Majidi is ready for the release of his upcoming, internationally acclaimed film, Beyond The Clouds which stars South Indian actor Malavika Mohanan and debut actor Ishaan Khatter.

Last year, the paparazzi spotted Deepika Padukone wearing ragged clothes and auditioning for Majid’s film in Mumbai’s slum area, but she was not finalised for the role and south Indian actress Malavika was selected to play the role. 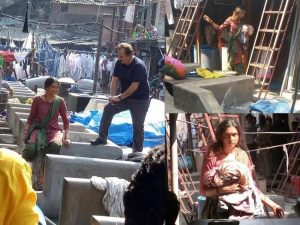 While interacting with a leading daily, Majid was asked if it was tough to team up with Deepika Padukone, he said; “Deepika has great potential in Bollywood. In those days, she came, we were together, and we made those costume tests. We just wanted to see how the costumes looked in such situations. She accepted the offer to do that for us and I appreciate that. But unfortunately, for different reasons, we couldn’t carry the collaboration forward.”

The director added; “At the beginning, it was more of a producer’s suggestion to use one star in the film. But one of the reasons why we couldn’t collaborate was her age. My character is 20 years old and it was difficult to make anyone look younger with makeup. Also, since we were about to shoot in real locations, it would have been difficult to shoot with Deepika around as she is a star. In future, if my stories demand her, we may collaborate.”

Let’s wait for the collaboration between ace filmmaker Majid and Deepika Padukone!

WE ARE THANKFUL, THESE 10 SOUTH INDIAN ACTORS MADE THEIR WAY TO BOLLYWOOD