Telugu superstar and now pan-India heart-throb Vijay Deverakonda still finds it difficult to reconcile that whichever city in the Western ( Ahmedabad) and North Indian ( Patna) region he goes for promotions for “terrific” movie ‘Liger’ , he is mobbed by frenzied adulating crowds of loving fans – Chaitanya Padukone 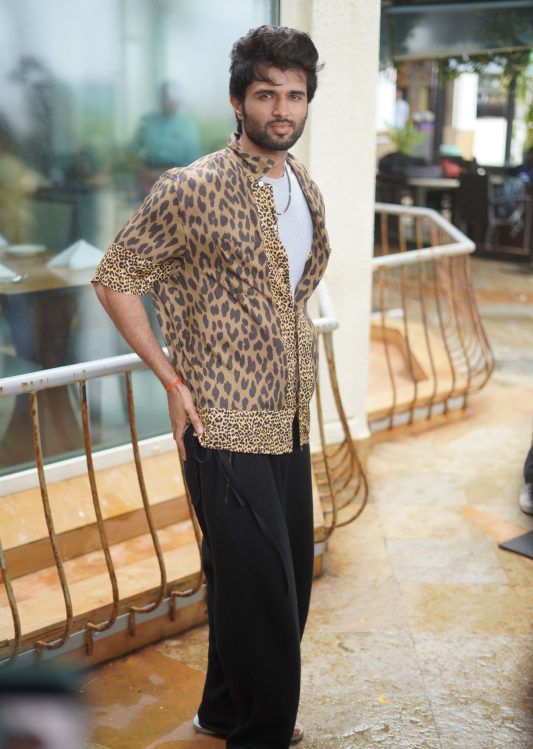 Enthuses Vijay clad in an animal-print shirt , “ My original promotion plan was to ‘introduce’ myself to all my pan-India non-Telugu fans. It came as a pleasant shock to me when they all started cheering loudly screaming out my name in chorus.

Initially, I was rather confused as to what I should do. Then I decided to chill out with them, converse with them, have a bit of fun and then also asked them to watch our ‘Liger’ movie releasing on August 26, directed by Southside ‘showman’ Puri Jagannadh.

Most of them have also been watching my Telugu movies sub-titled in Hindi and seen my Hindi debut movie ‘Liger’ trailer,” shares the tough, handsome actor who loves to wear ‘chappals’ (footwear) as he genuinely lives up to his casual, modest image. 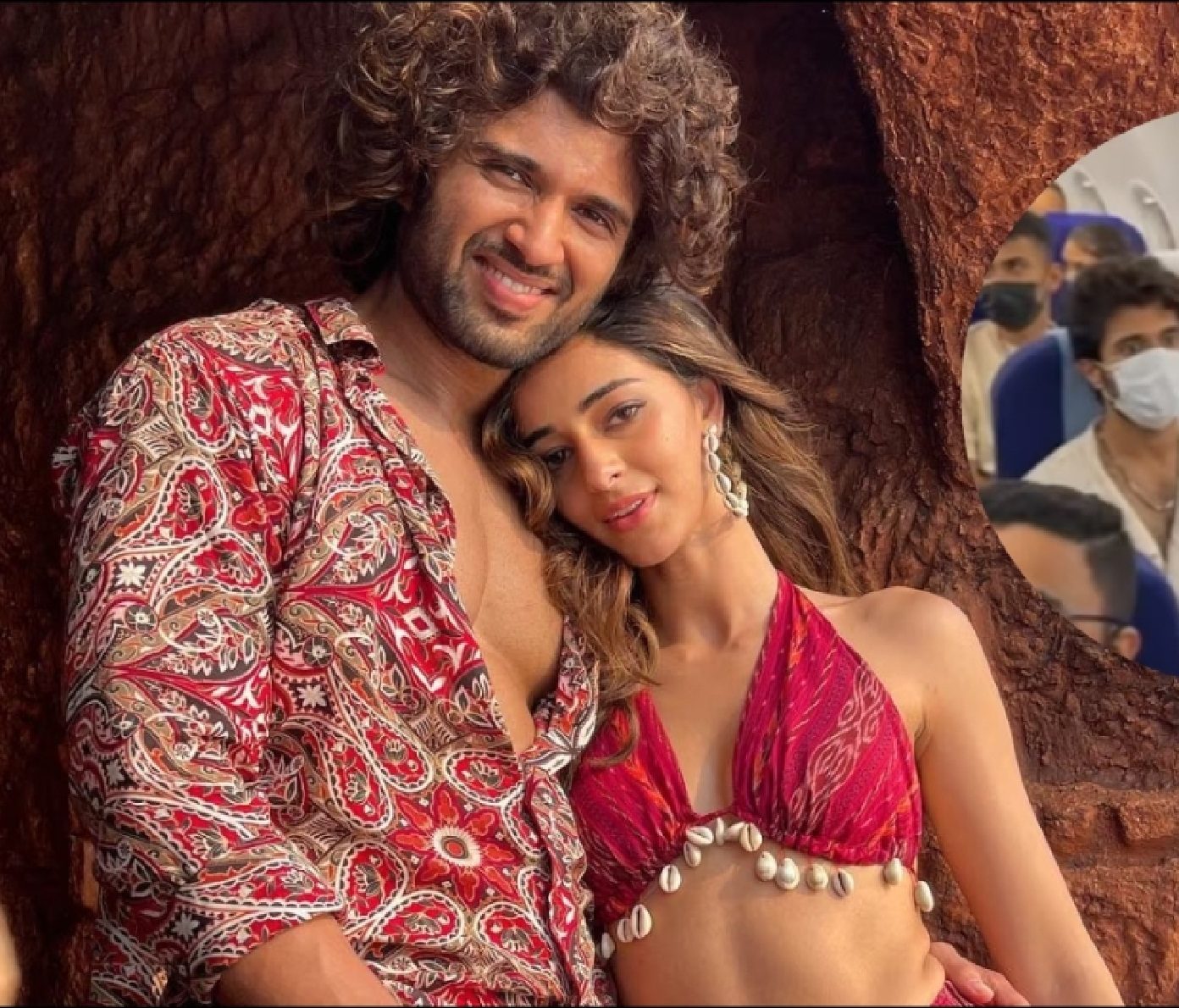 What were among the most challenging-exciting things about ‘Liger’ ( releasing on August 25th) that he faced during the prep and shooting for his role. “ As you know, I am playing a Thai boxer who also has his romantic scenes and sensuous songs with heroine (Ananya Panday).

There was this intensive disciplined training in martial arts and kick-boxing and mind-blowing action-stunt scenes. But I love martial arts in my personal life so I enjoyed it fully.

But the biggest challenge according to me was doing the frequent ‘stammering’ during my dialogues, where my tough macho screen-character can’t even say ‘I love you’ ”, smiles Vijay who feels that ‘Liger’ has been perhaps his most-demanding and hardest movie till date. 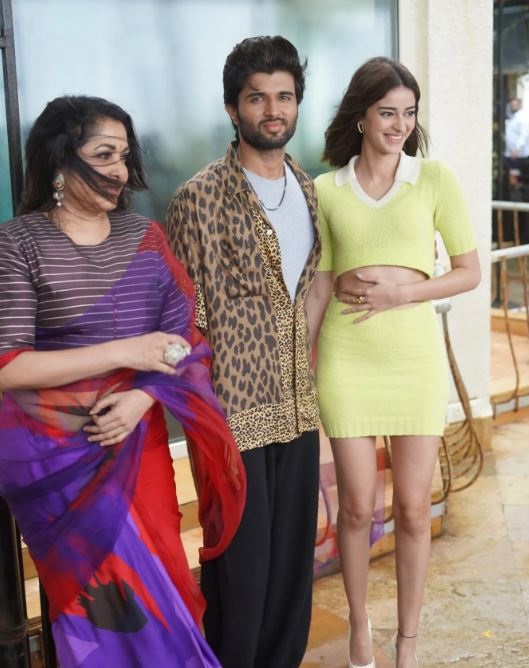 The charismatic Vijay who is appreciated by all his co-star heroines especially Ananya Panday ( his ‘Liger’ heroine) for his caring, chivalrous nature, featured as the hero in the original Telugu (2017) super-hit ‘Arjun Reddy’.

Which was then remade in Hindi as (mega-hit) movie ‘Kabir Singh (2019) with Shahid Kapoor playing Vijay’s role opposite Kiara Advani.

As regards the new ‘Pan-India’ movies and ‘North-South’ integration, Vijay has his interesting analysis. “ Over the past six decades we have always had mega-star heroines from the South (Vyjayanthimala, Hema Malini, Sridevi, Jayaprada and now Deepika Padukone) acting as romantic leads in Hindi movies. 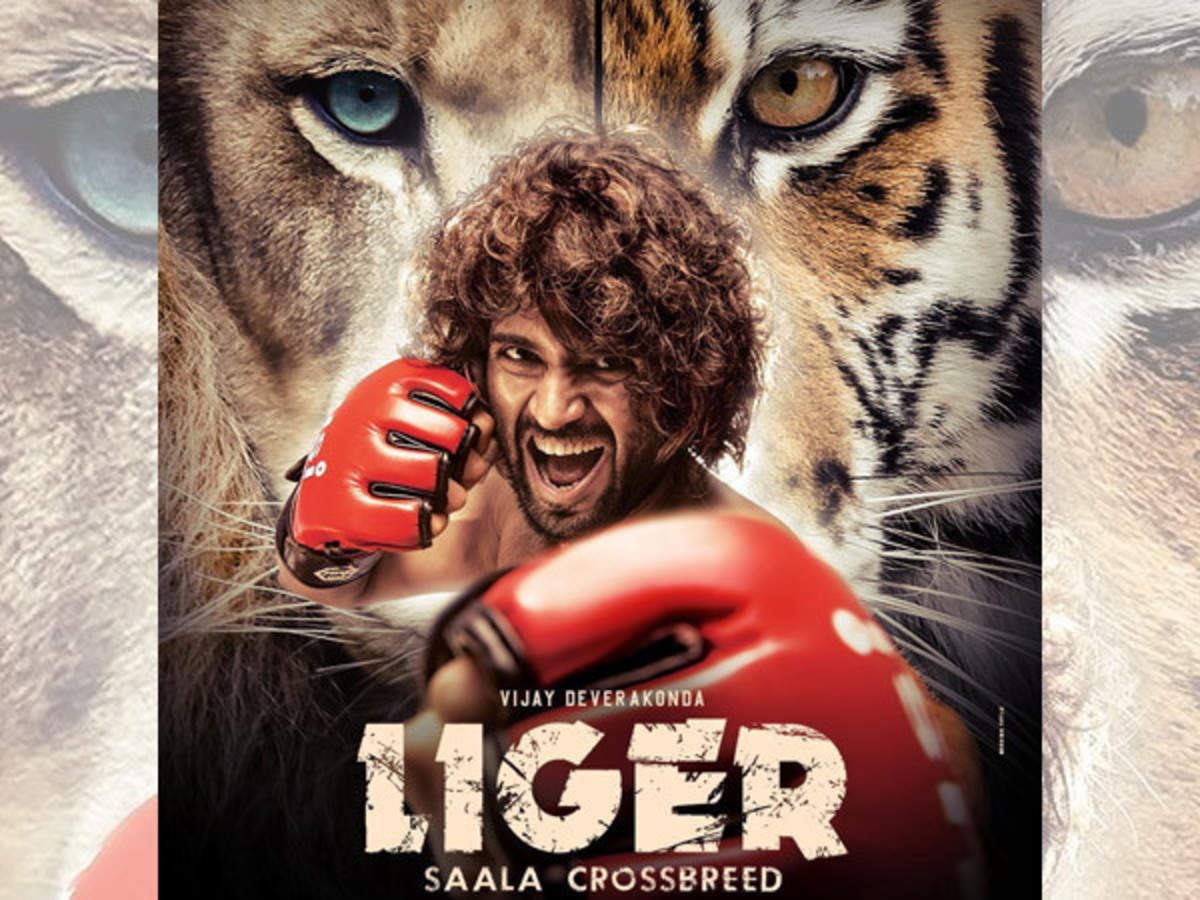 Whereas in my own Telugu super-hit movie ‘Arjun Reddy’ the heroine is from the North. Or way back in same ‘Liger’ director Puri Jagannadh’s debut directorial Telugu movie ‘Badri’ (2000) , it was Amisha Patel from Mumbai who was cast in the lead cast.

Not many may be aware, that former theatre-stage dedicated actor Vijay ( six plays) has struggled his way up by way of daily-auditions and supporting movie roles “ After facing a spate of odds my friends and I got together and managed to raise Rs 60 lakhs to make this Telugu comedy 2016 movie ‘Pelli Choopulu’ ( match-making) where I featured as the solo lead.

It got two National Awards and made Rs 30 crores ( !! ) at the box-office. When after the movie success I got Rs Nine lakhs as my fees, frankly I did not know what to do with so much money (laughs). 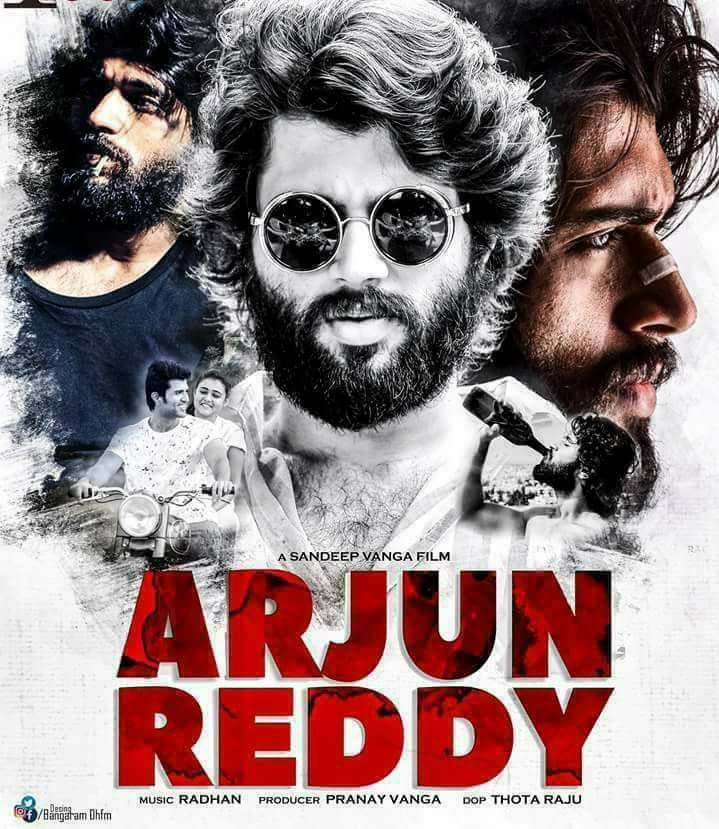 Then came the Telugu blockbuster ‘Arjun Reddy’ (2017) which launched me into stardom, and then I was never out-of-work with more hit movies. Although I am spiritual but previously never believed in divine luck, now I can feel the presence of a bigger hidden-hand power smiling over me,” smiles outspoken Devarakonda who also shares his unique experience with international boxing legend Mike Tyson. 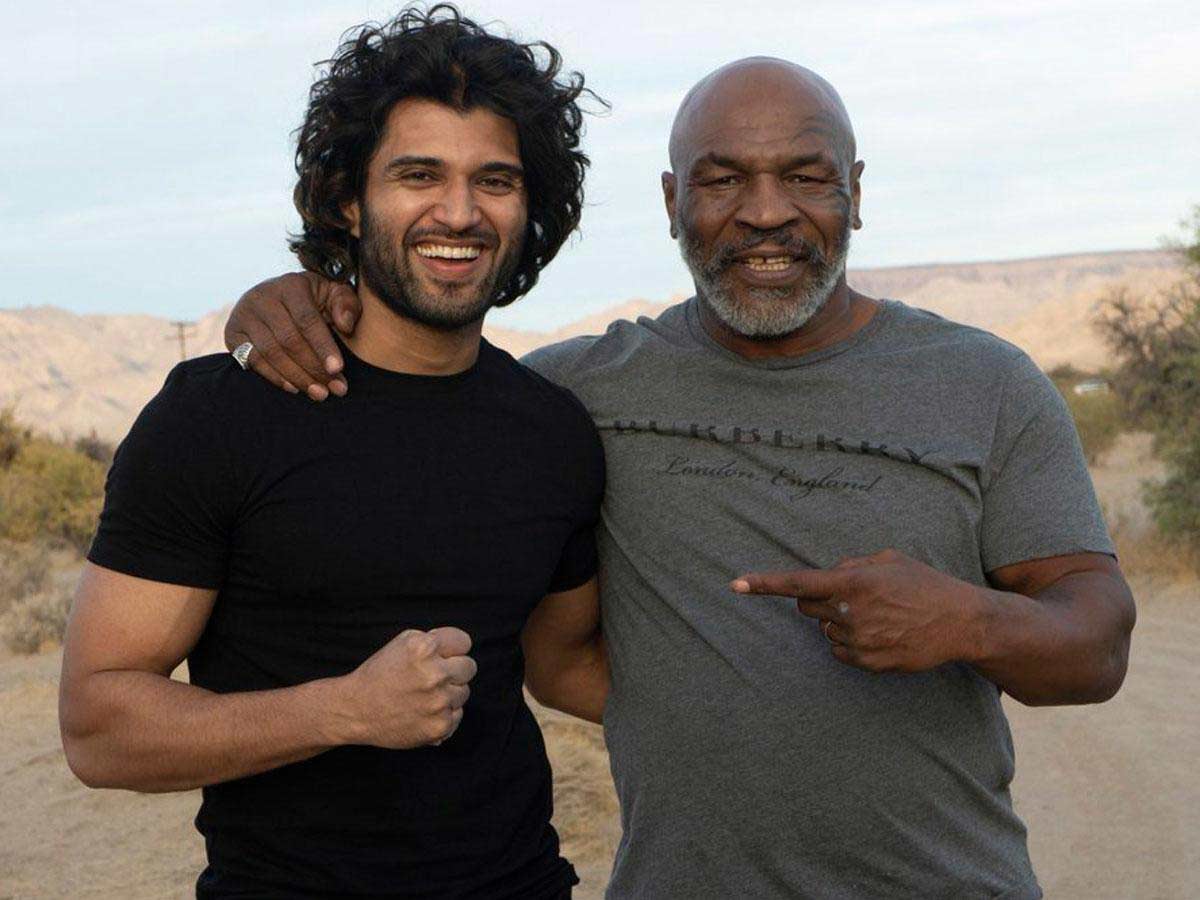 “ It was a memorable experience for all of us (cast and crew) to meet and interact closely with amazing global living-legend disciplined Mike Tyson-Sir . Although he may look scary, but he is a very sweet cool yet sharp alert person.

When we speak to him he just does not react or acknowledge. But he executes action-scenes with precision and perfection—exactly what was discussed,” recalls versatile debonair actor Vijay who when ‘romantically linked’ to his stunning co-star heroines like Rashmika Mandanna and now Ananya Panday refuses to get mentally ruffled or affected. 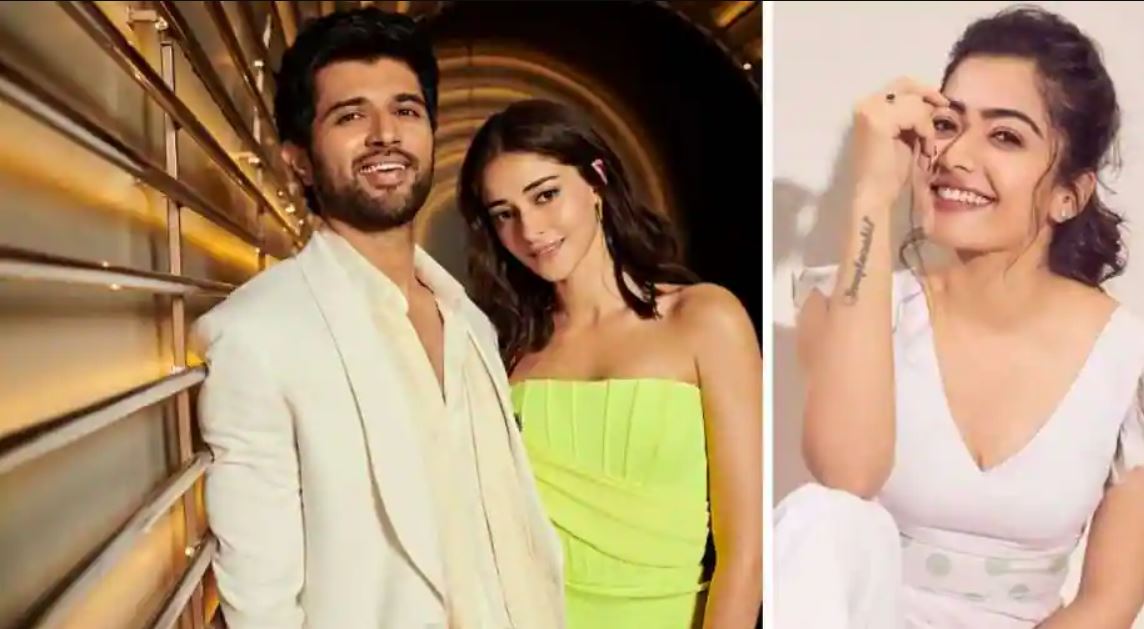 “ It’s all ‘collateral damage’ and part of the showbiz game. When you are a public film star celebrity your ardent loving fans are ever-curious to know about your personal life and lifestyle. Isn’t it better to be in the media limelight than be a nobody and not be written-about at all,” laughs Vijay whose next patriotic military-action mega-movie called ‘Jana Gana Mana’ ( releasing Aug 2023) opposite Pooja Hegde . The patriotic thriller to be shot partially in Morocco is also directed by the same Puri Jagannadh-gaaru. 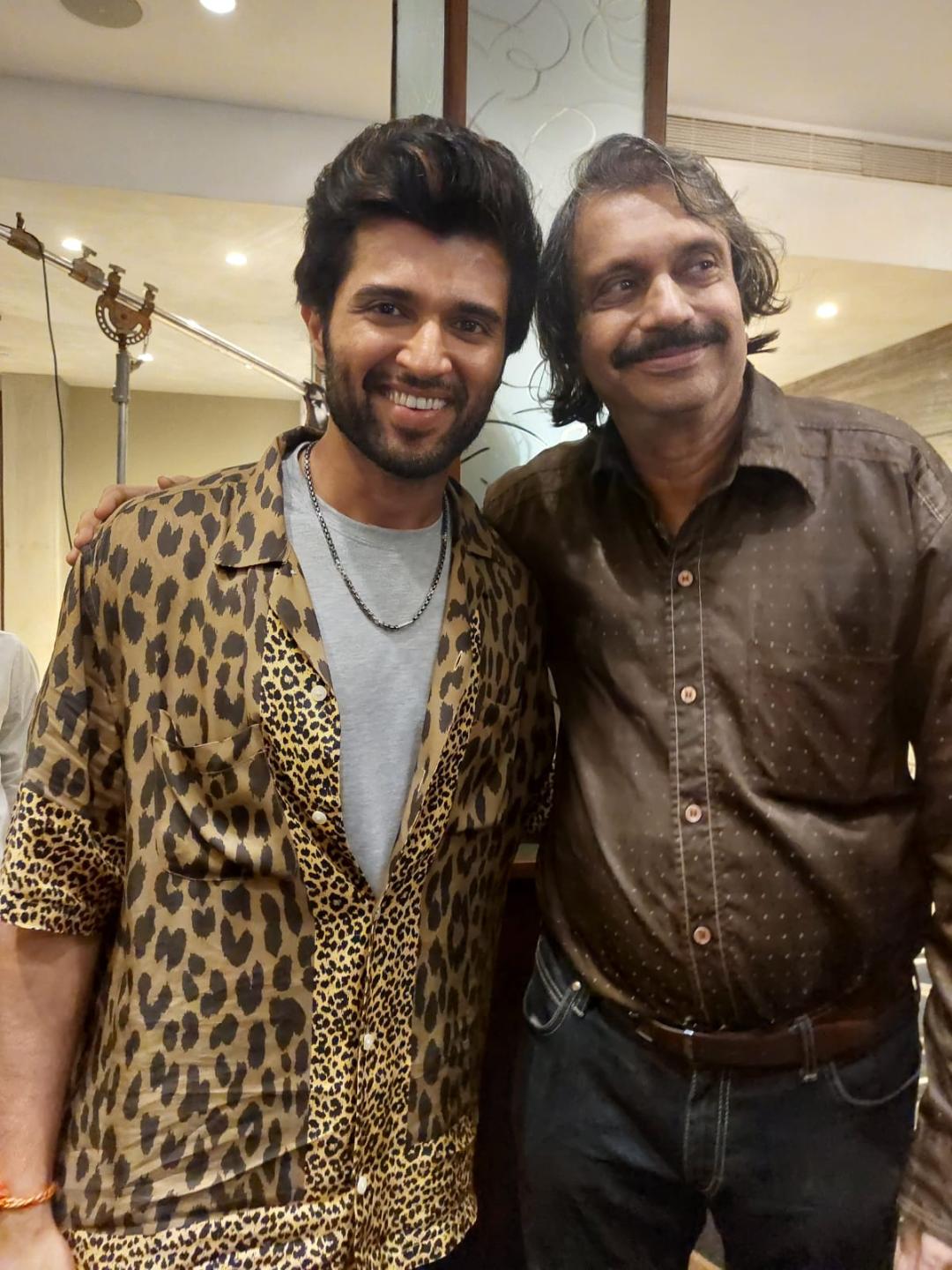 By the way, ‘Liger’ means zoo-bred hybrid offspring of a male lion and a female tiger. That’s why the film-title is ‘Liger—Saala Crossbreed” !