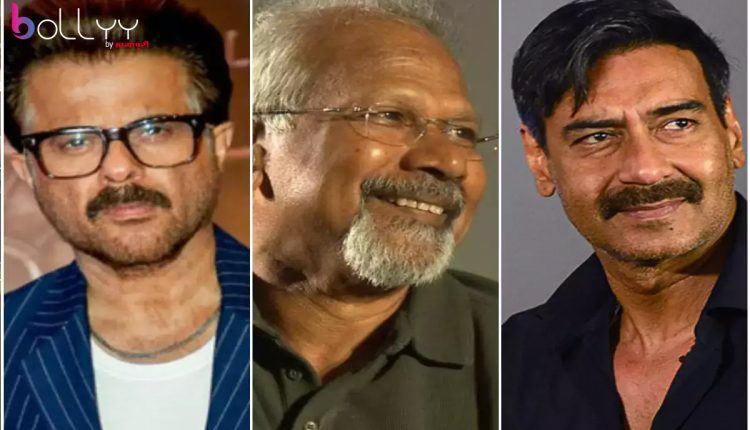 The maverick filmmaker Mani Ratnam who is renowned for his films like Nayagan, Bombay, Dil Se, Thiruda Thiruda, Roja etc , is mighty excited that his highly anticipated Tamil film, Ponniyin Selvan: Part-1, which is gearing up for its grand release with the dubbed versions in various Indian languages like Malayalam, Hindi, Telugu and Kannada, on September 30th is being eagerly awaited in theatres. Ponniyin Selvan: Part-1 stars Aishwarya Rai Bachchan, Chian Vikram, Jayam Ravi, Karthi and Trisha Krishnan.

Two-time Oscar-winning music composer AR Rahman attended the film’s grand press conference in Mumbai on Saturday September 24th, and on this special occasion the maverick filmmaker Mani Ratnam declared that he is very thankful that Anil Kapoor will lend his voice for the trailer of his film Ponniyin Selvan: Mani opened up about this and also thanked Ajay Devgn, who had previously worked with him on his film Yuva and also for lending his voice for his ambitious project PS1.

Talking about the ambitious film of his, Mani Ratnam later revealed his previous attempt in making Ponniyin Selvan more than three decades ago. He signed off, “This is the film that the earlier super star M G Ramachandran wanted to make. And I thought of making it after my film Nayagan (1987) with Kamal Haasan. We both wanted to do this film. At that time, we had not started casting. We just had Kamal as the hero and we were working on the script. But unfortunately, it didn’t materialize because it’s too big. We couldn’t put the whole story into a single film. Also, we couldn’t afford it then 35 years ago.”

Lokmat Most Stylish Awards is back with a bang