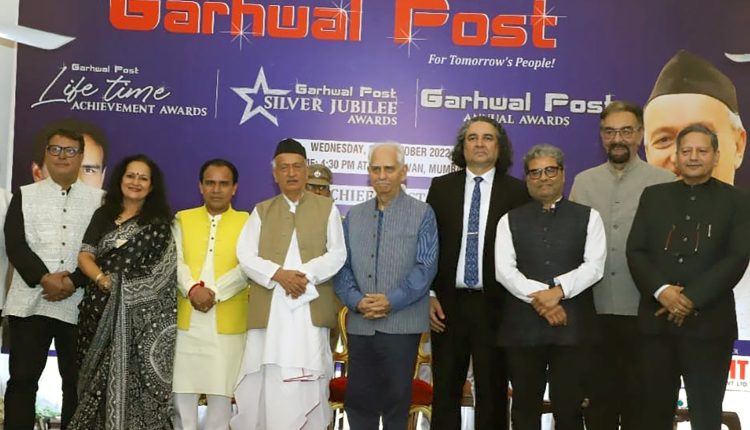 Garhwal Post hosted its fourth award function at the Raj Bhawan in Mumbai. Governor of Maharashtra Shri Bhagat Singh Koshyari handed over the Garhwal Post Awards under various categories. Koshyari was the Chief Guest at the function while Uttarakhand Cabinet Minister Dr Dhan Singh Rawat was the Guest of Honour. 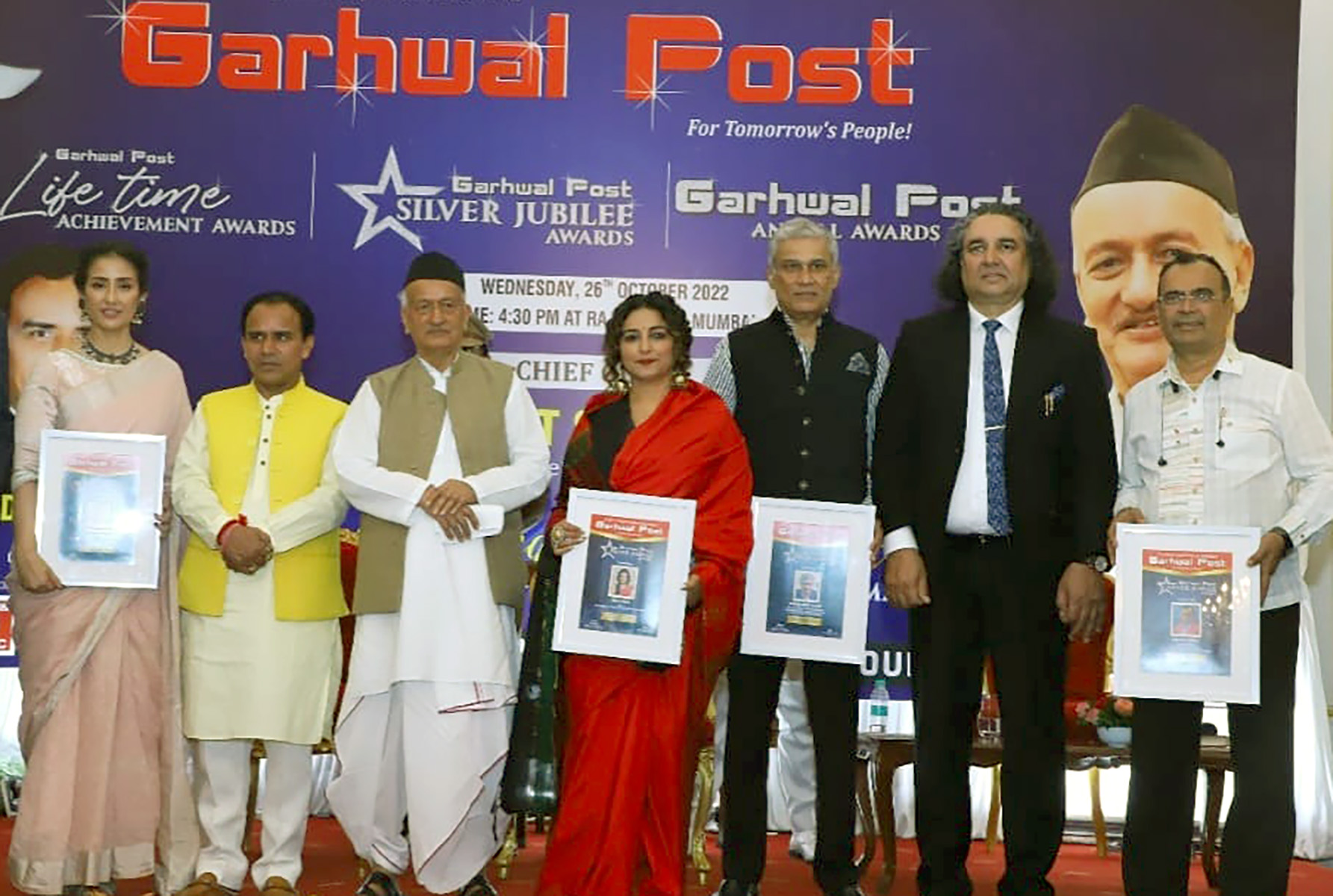 Shri Bhagat Singh Koshyari praised Garhwal Post and its Editor, Satish Sharma. He said that Satish Sharma has been running an English newspaper in Dehradun regularly with consistently good content, which was a major challenge but he had achieved it. He also praised the fact that, despite starting as a small-time publisher, Sharma had dreamt big and had now even made a name for himself in Bollywood. 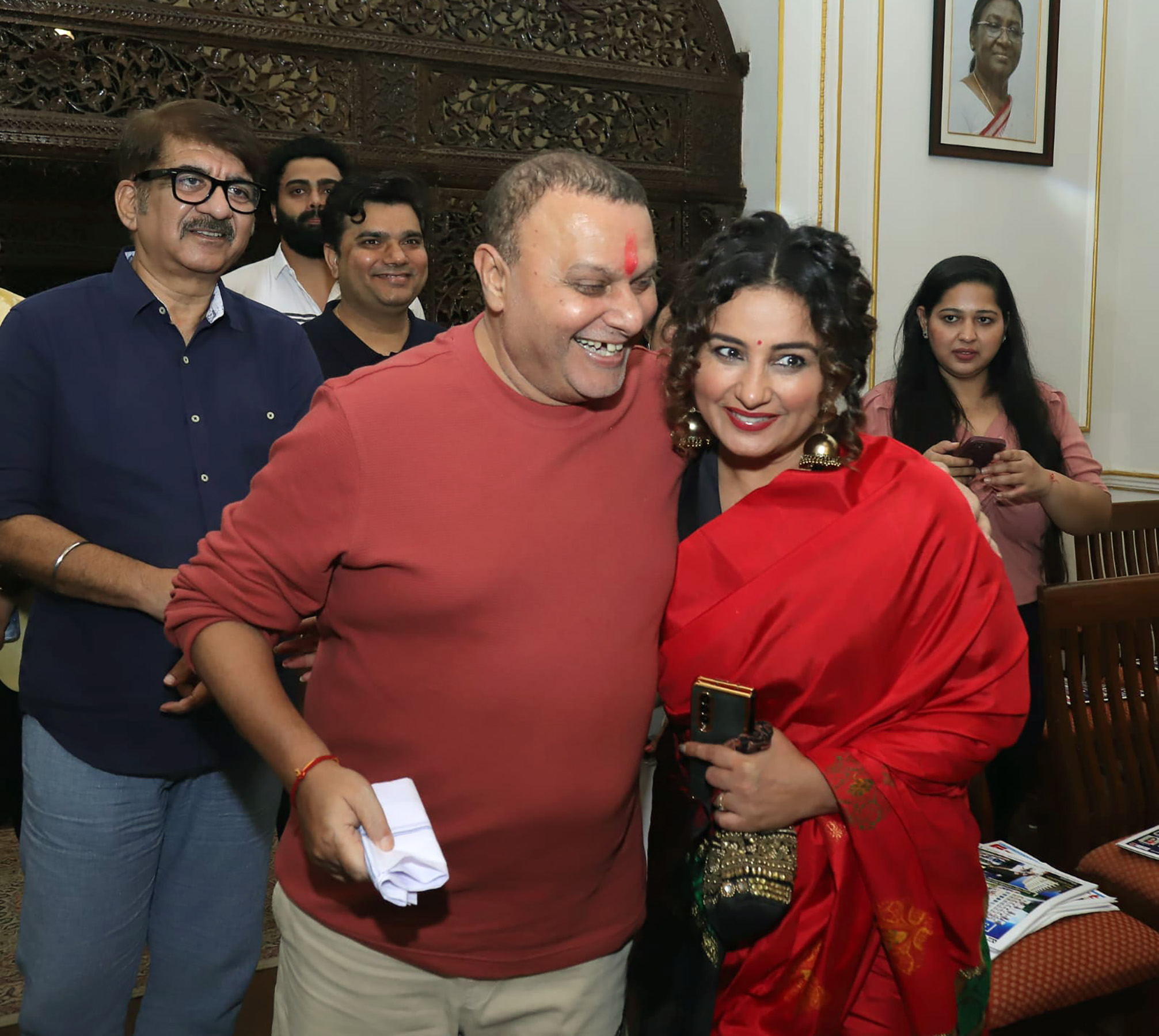 Internationally acclaimed actor Kabir Bedi, too, praised Garhwal Post and noted that in the present day it is a major challenge to maintain and regularly publish a daily newspaper. Garhwal Post had been able to do that for the past 25 years. Bedi was honoured with the Garhwal Post Lifetime Award.

Ramesh Sippy said that whenever he had to speak on any public platform, people always reminded him of ‘Sholay’ dialogues. He claimed that he did not have a large body of films behind him as he had directed around 10 films, serials like ‘Buniyaad’ and some OTT films and series. He was particularly happy to receive the award from the hands of Governor Koshyari. 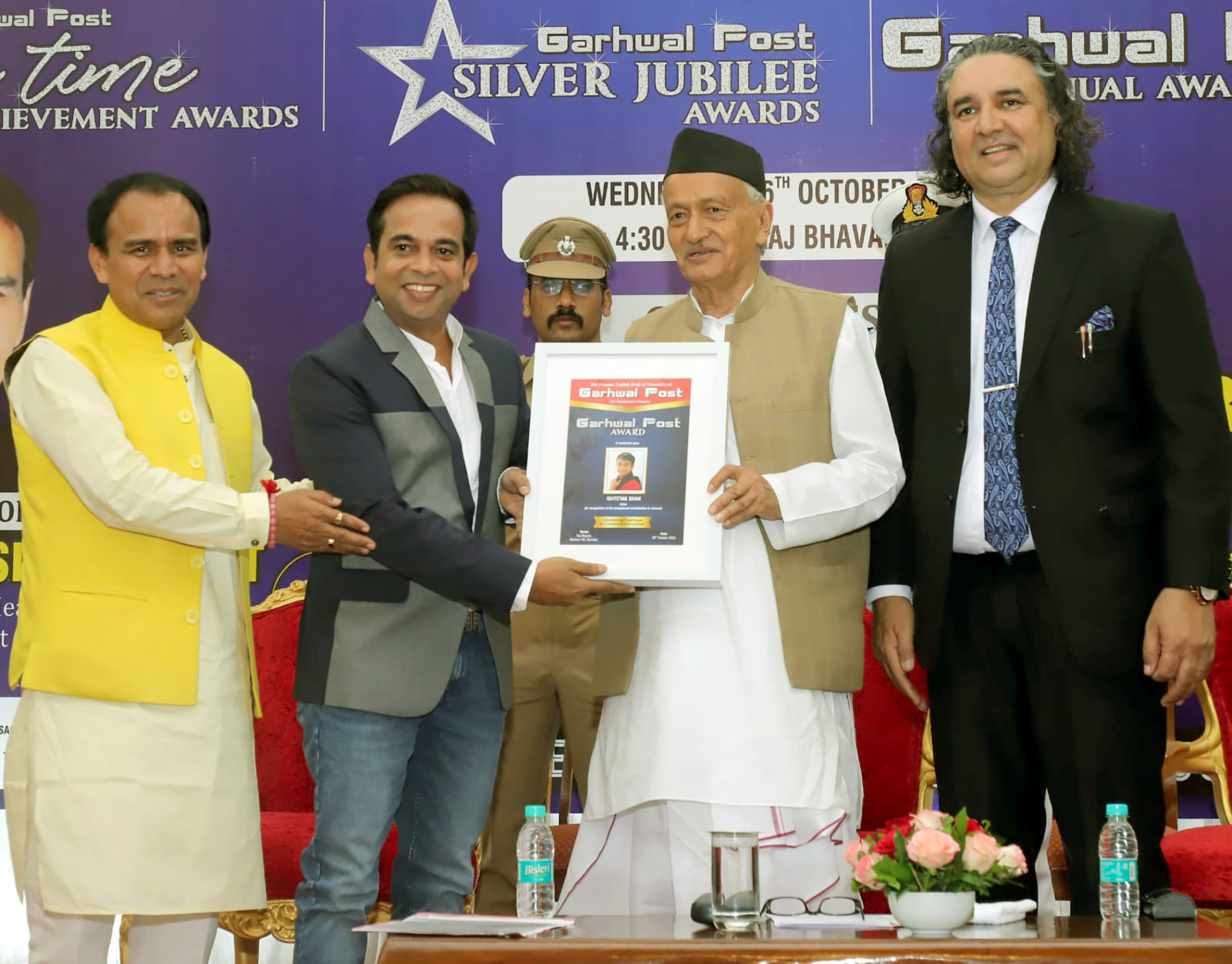 Film Director Vishal Bharadwaj said he was attracted to Uttarakhand through the late actor Tom Alter. He now has a house in Mussoorie and would like to live there more than in Mumbai.

Manisha Koirala also addressed the gathering and thanked Garhwal Post for the award. Singer and Vishal Bharadwaj’s wife, Rekha Bharadwaj, also sang two numbers on this occasion. One was the Gandhi Bhajan Allah Tero Naam… and the other one was her very popular number, ‘Sasural Genda Phool’. 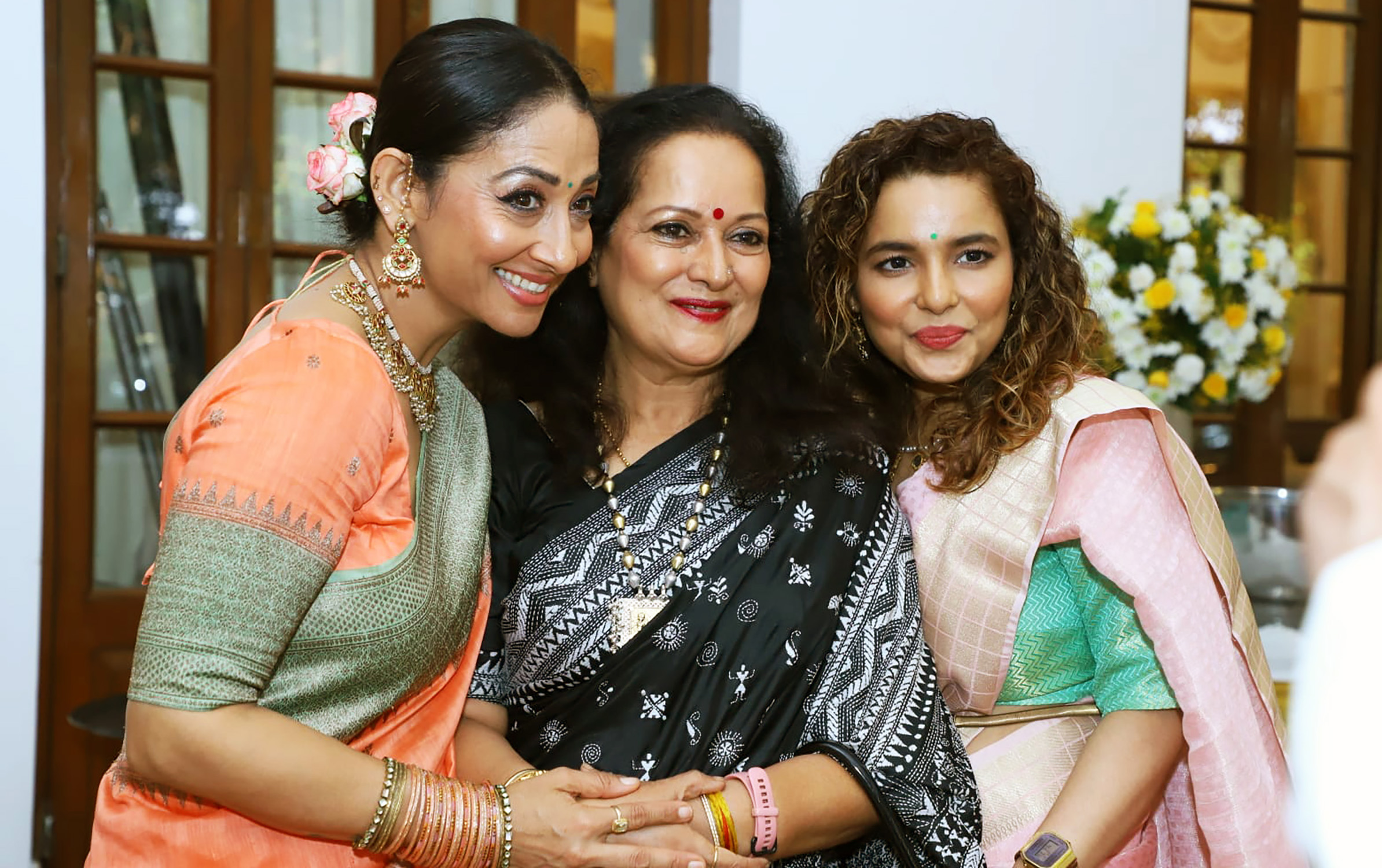 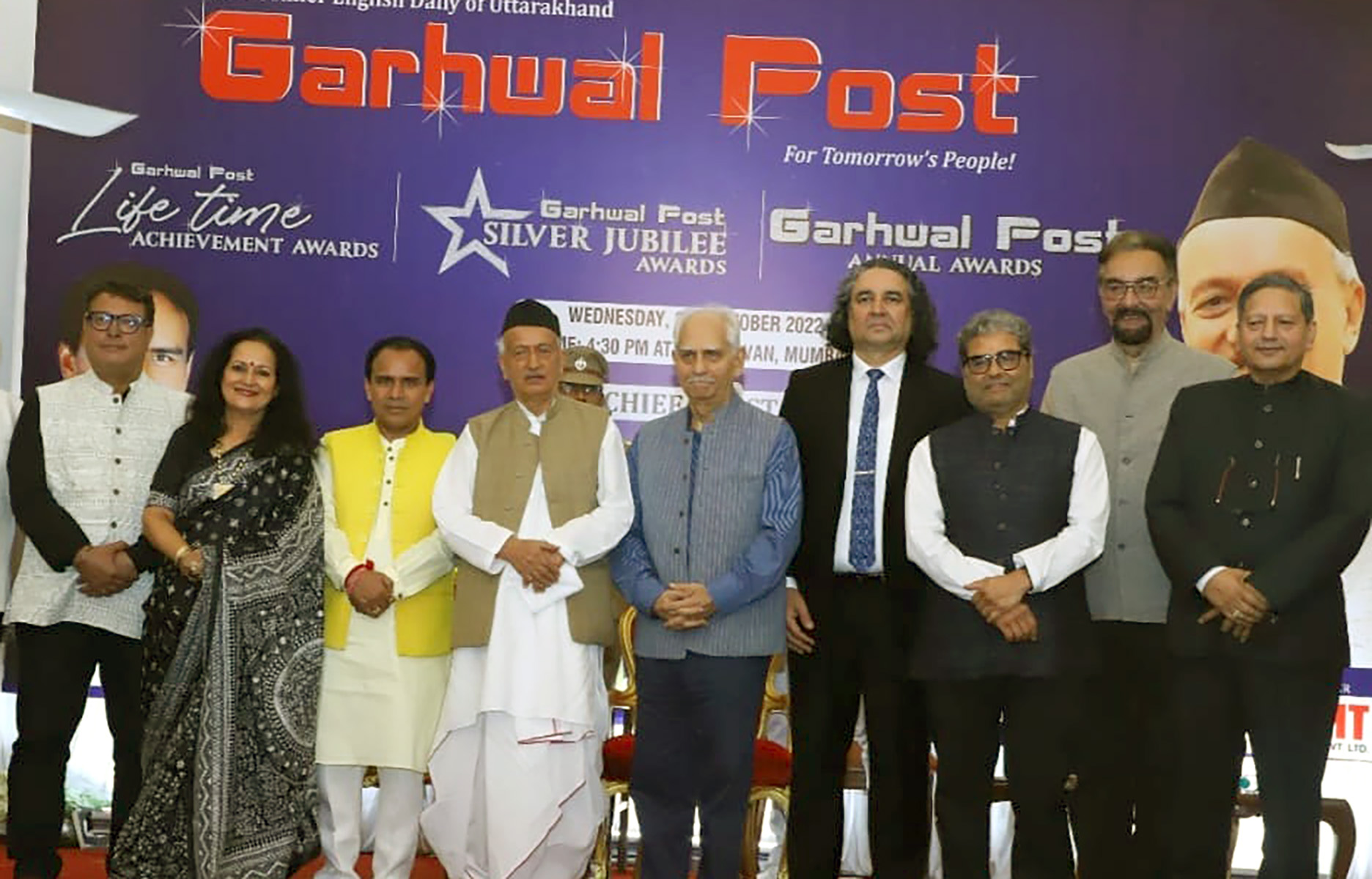 On this occasion, the Governor also released posters of 3 short films, a trilogy of romantic short films titled Zaafraaniya. It is written and directed by Shubham Dhiman, while it is produced by author and journalist Anjali Nauriyal. 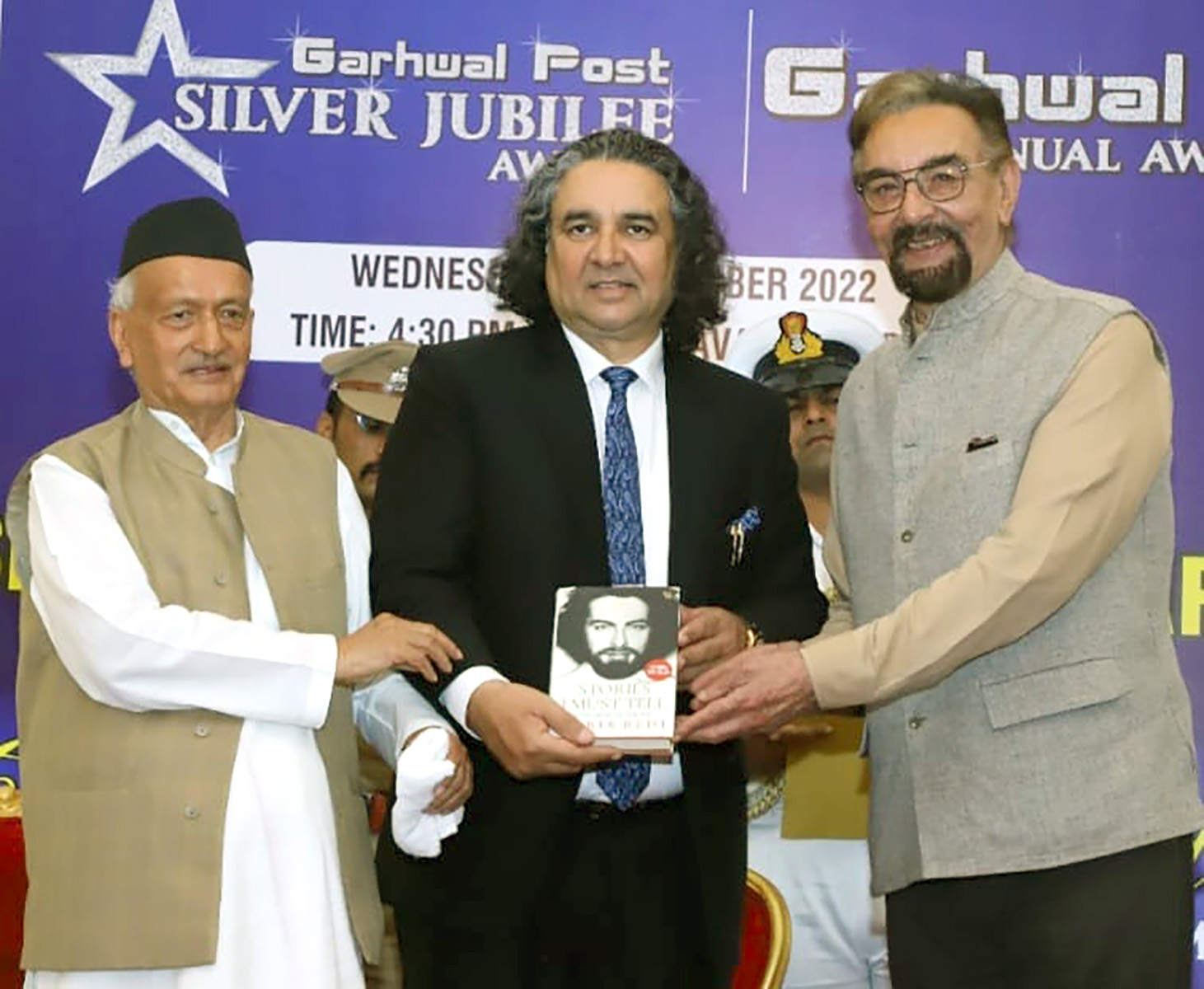 Speaking on the occasion, Garhwal Post Publisher and Editor Satish Sharma thanked everyone who contributed to his journey and that of Garhwal Post towards success. He added that he always dreamt of making Uttarakhand a favourite filming destination for Indian films. 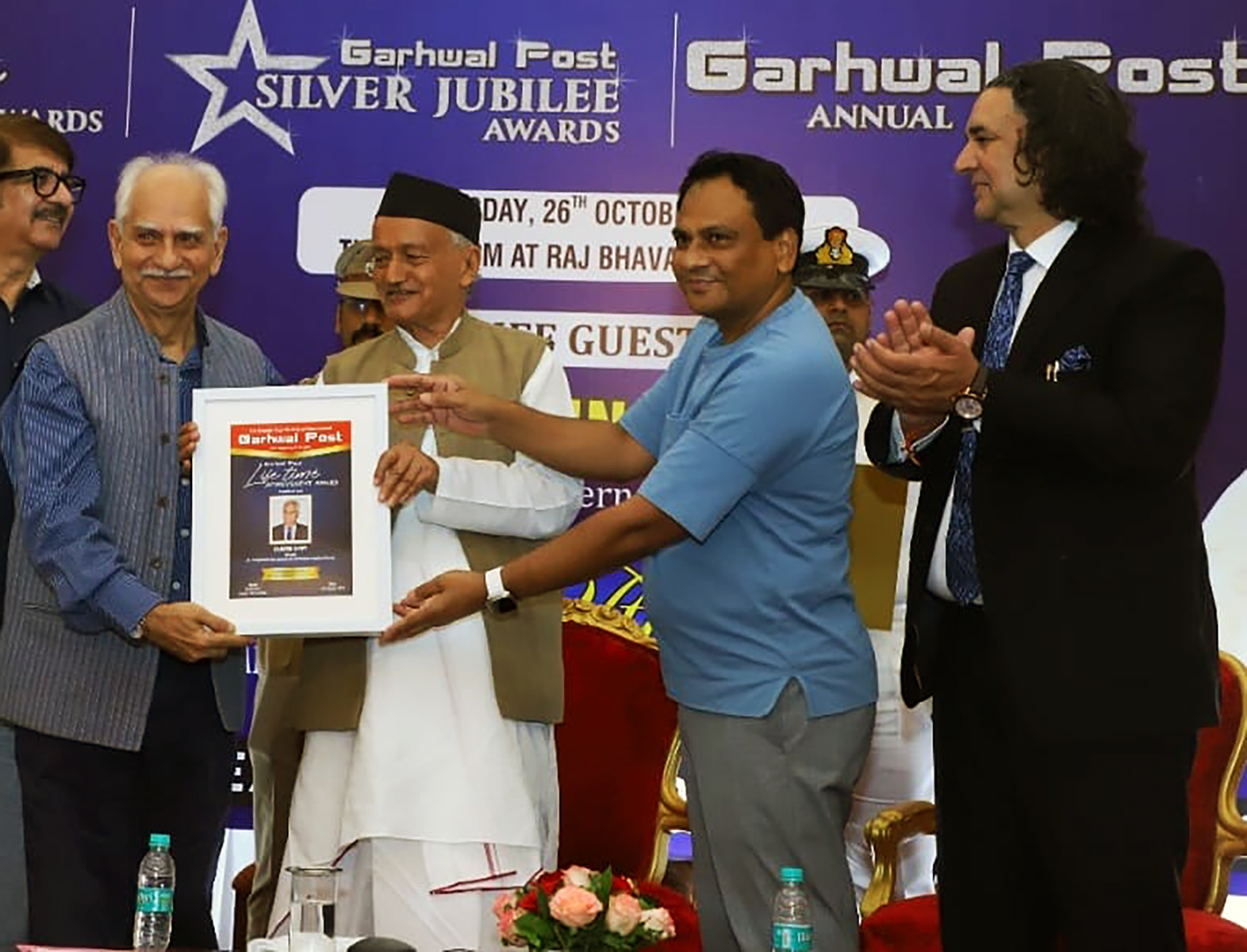 The programme was anchored by Priya Malik. The welcome address was delivered by actor Shruti Panwar while the vote of thanks was proposed by actor Chitrashi Rawat.