I wonder if people have forgotten Manmohan Desai and more than him the entirely illogical stories he told in his films right from “Chhalia” which he directed when he was twenty-three and made the film with Raj Kapoor and Nutan, till he made his last film, “Mard”. His son, Ketan Desai directed “Anmol” and “Toofan” under his father’s banner, M.K.D Films which flopped even though his lucky mascot Amitabh Bachchan was the hero of “Toofan”…..

–Manmohan Kikubhai Desai was the son of a studio owner who was more interested in making entertaining films than in the buisness of making films.

He started off with films like “Bluffmaster” in which he had Shammi Kapoor as the hero and little did he know that he would not only be a very good friend of Shammi, but that they would also be in-laws when “Man’s” only son, Ketan Desai married Shammi’s only daughter Kanchan who was Geeta Bali’s daughter. The Govinda song from the film is still popular during every Gokul Ashtami and the breaking of the pot ceremony in every street and corner of Bombay became a way of life after “Man” had made it popular in “Bluffmaster” with the song picturerised on Shammi Kapoor who became a star after this song…. 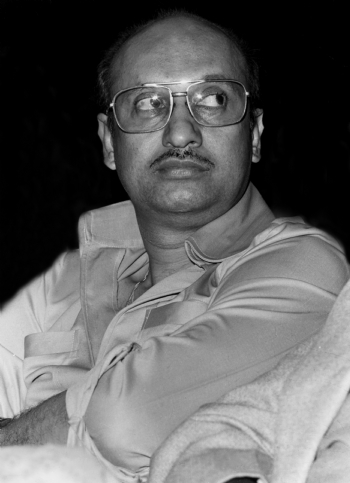 “Man” directed other films like “Aa Gale Lag Ja” with Shashi Kapoor and Sharmila Tagore and had completed his record of making films with the three Kapoor brothers, Raj, Shammi and Shashi. These were films that could not give anyone a hint of the kind of films he was to make in the time to come.

He loved living in Khetwadi in the Grant Road area where he also had his office on the first floor. Khetwadi was his favourite because it kept him in touch with the common man for whom he said he made his films, “full-blasted entertainers and to hell with logic and messages”.

He reached a new high when he made “Amar Akbar Anthony” with Amitabh Bachchan, Vinod Khanna, Rishi Kapoor, Parveen Babi, Neetu Singh and Shabana Azmi. The film had a ‘mad storyline” which was about a family being separated and the three sons growing up to be Amar, a Hindi, Akbar, a Muslim and Anthony, a Christian. Pran played their father and Nirupa Roy their mother. The film was packed with one entertaining scene after another with “Man” leaving very little time for the audience to think about logic. “Man” had a trial show of the film for most of the students of the FTII and some other intellectuals. This exclusive audience who, “Man” met during the interval scoffed at “Man” and told him that there was no logic in his film. He in his own brash manner asked all those who wanted logic in his film to leave the auditorium as the film was made for the common cinegoer and not for intellectuals like them. They felt hurt, but he insisted that they leave without asking any further questions. 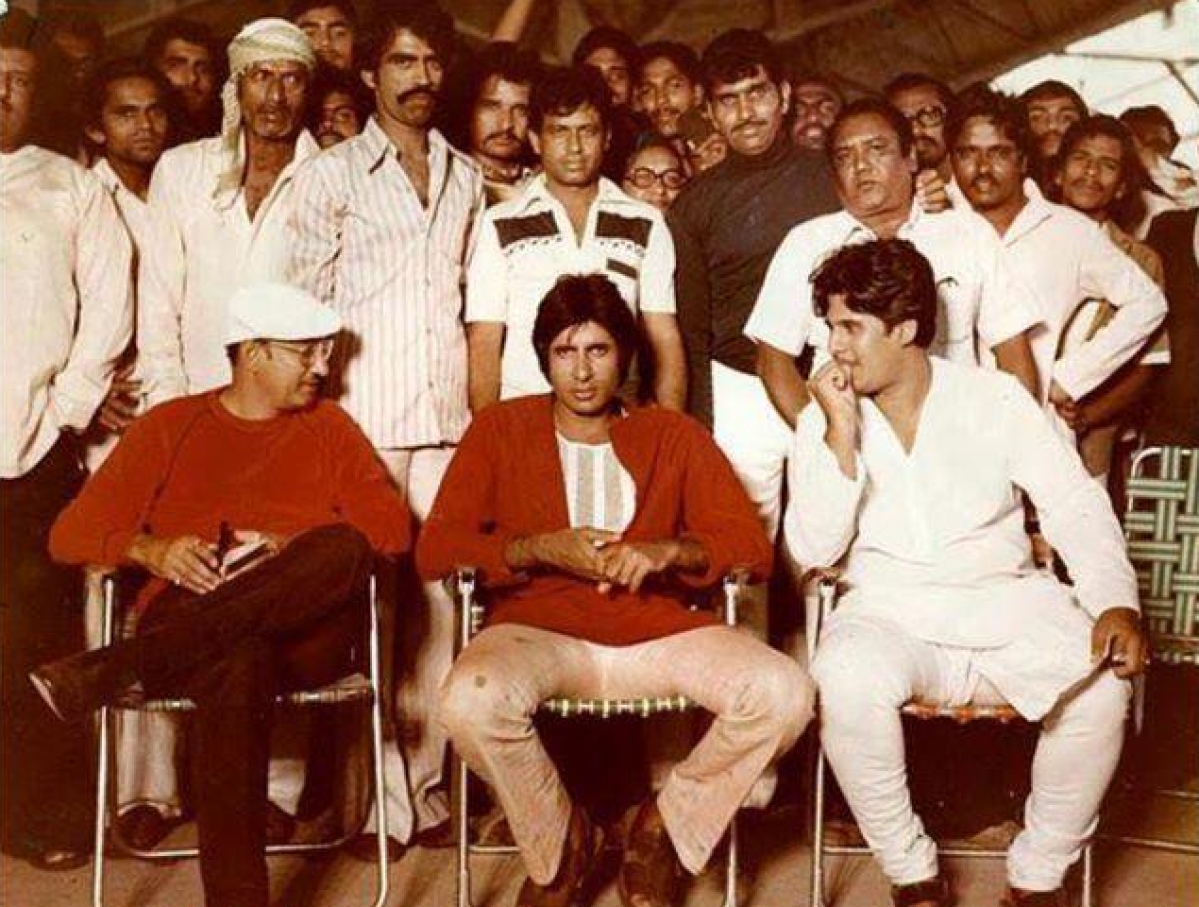 The film was released and it went on to become a landmark in the history of Hindi Cinema and “Man” was accepted as the master entertainer. It made a big difference to all the stars, but if there was one star who benefited the most, it was Amitabh Bachchan who gave entertainment a new meaning with his performance as Anthony Gonsalves,a character inspired by a real life musician from Goa who played different musical instruments in the orchestra of Laxmikant Pyarelal and other music composers.

Amitabh Bachchan and Vinod Khanna were on par when the film was released, but during the hand to hand fight between the two in the open in which both fall, the audience and the industry was all set to welcome Vinod Khanna as the new superstar, but Vinod made the foolish mistake quitting films at the same time to join Bhagwan Rajneesh and left the field open to Amitabh which he has not left for the last forty years… 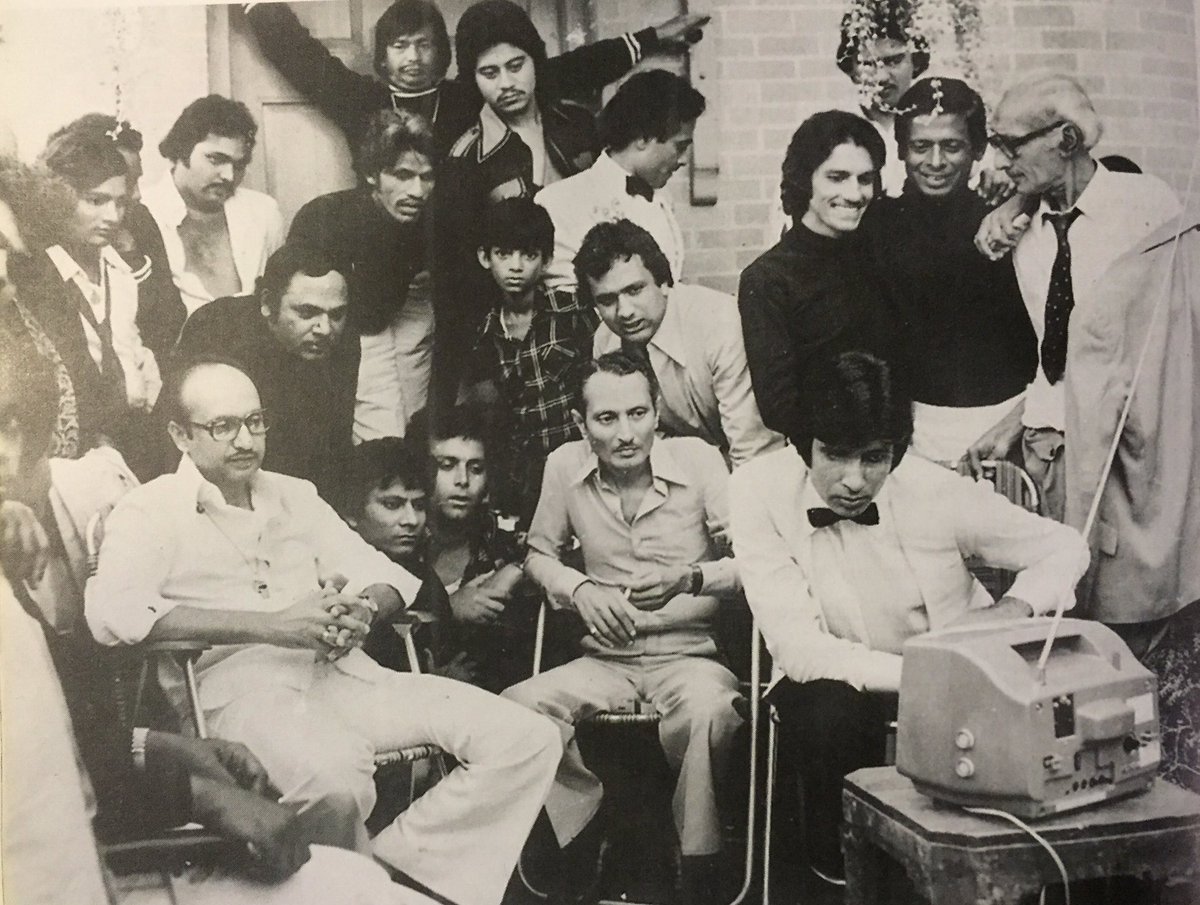 “Man” found the applause and the appreciation of the audience not only in India but wherever it was screened in the world. He was declared the greatest entertainer in mainstream cinema. His films that followed, “Naseeb”,“Coolie”, the film which created history because of the near fatal accident Amitabh met with during the shooting,“Ganga Jamuna Saraswati” made with Amitabh, Rishi and Mithun Chakraborty and “Mard” were all massive hits at the box-office. The critics went hammer and tongs against them but “Man” believed that the more the critics panned his films the more they would run at the box-office and his belief proved right.

He built a palatial house on Napeon Sea Road and called it ‘Swapanlok’ but he never lived there after his wife Jeevankala died and they left the palace to his son Ketan and his wife and returned only for his untimely and unfortunate death.

He gradually started giving his son, Ketan more of the responsible to direct films and his decision turned out to be a disaster as both the films Ketan directed turned out to be miserable flops and this led to “Man” changing into a very sad man and he ultimately went into depression. 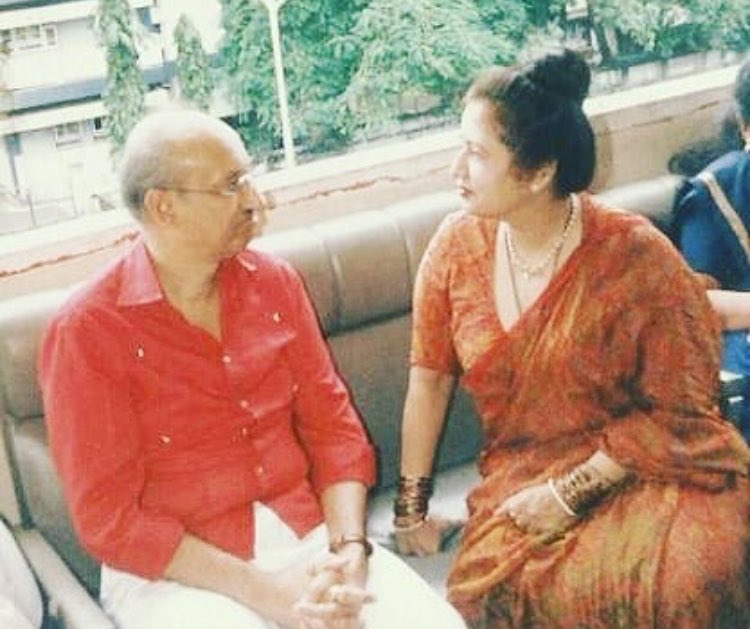 One afternoon, while the world was going along its own way and there was no reason for “Man” to worry about anything, except his newly found love for the veteran actress Nanda who he wanted to marry, but there were some obsticles that came in the way. But he still spent Friday evenings, the whole of Saturday and Sunday at Nanda’s ‘Quarterdeck’ apartment at Versova…

That afternoon some of his staffers saw him going up to the first floor of his office and within minutes the entire industry, the country and even the world was shocked to know that Manmohan Desai who had loved life so much and had put his love for life into his films was found dead in the ground floor of his Khetwadi house. The master of the lost and found stories was lost, never to be found again.

There have been many filmmakers in Bombay and elsewhere who have tried to make films the way he made them, but not one of them has been able to succeed because there was and there will always be one Manmohan Kikubhai Desai.