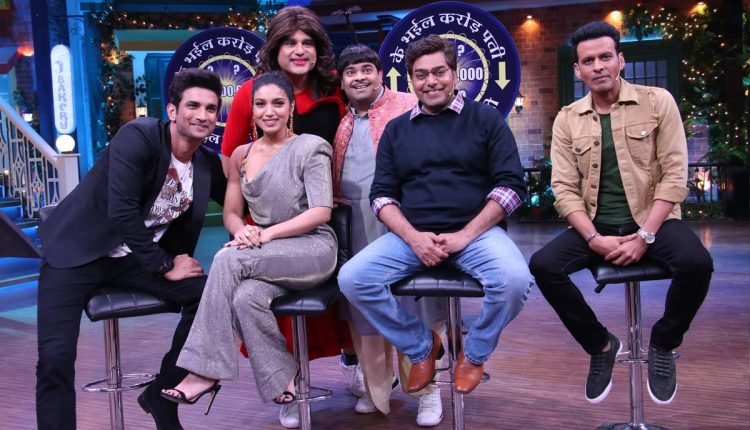 Manoj Bajpayee Had A Dacoit For A Roommate

The Kapil Sharma Show is back to entertaining audiences & this weekend along with the starcast of Sonchiraiya, the show is set to take the entertainment quotient notches higher. The cast shared some interesting and funny moments during the making of the movie.

During the conversation, Kapil asked if anyone from the star cast ever had a real-life dacoit experience, to which celebrated actor Manoj Bajpayee shared an interesting moment from his life. Manoj recalls, “I used to share my room with an ex- bandit by the name Maan Singh. Even after years of giving up on dacoity, Maan Singh used to sit on the chair and keep staring at all the people who used to visit the house. Whenever in our car, he used to continuously instruct the driver to keep on increasing and decreasing the speed because he was insecure of old rivalries and believed that ‘no one knows who might come for revenge’. But he was a very interesting person.” Tune in to The Kapil Sharma Show for many such interesting trivias this weekend.

Watch “The Kapil Sharma Show” every Saturday and Sunday at 9:30 pm only on Sony Entertainment Television.

Alia Bhatt Is A Happy Bridesmaid At Her Friend’s Wedding