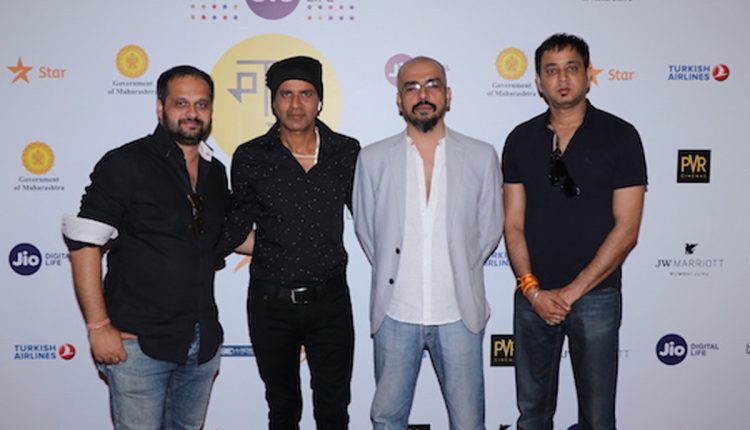 Manoj Bajpayee’s Bhonsle was greeted with a packed house at the India Premiere of the film at the 20th MAMI Mumbai Film Festival. The film which has been directed by Devashish Makhija had been selected for the India Story section at the festival.The premiere of the film was attended by Manoj Bajpayee, Devashish Makhija, producers Abhayanand Singh (of Indie Muviz), Sandiip Kapur (of Promodome Motion Pictures) and writer Mirat Trivedi (who has co-written the film with Devashish Makhija and Sharanya Rajgopal) Manoj Bajpayee plays the titular role of Bhonsle – a terminally ill lone wolf Maharashtrian cop who has retired against his will, in a politically tumultuous Mumbai.

Hindi films such as Zanjeer and Bajpayee’s own Shool and lets his silences speak.

Bhonsle finds himself forging an unlikely companionship with a 23-year-old North-Indian girl and her little brother, while the raging conflict destroying the world around them reaches his doorstep, giving him one last battle worth fighting for, but it might just be too late. The film reunites director Devashish Makhija, producer Indie Muviz and Manoj Bajpayee – the trio behind the highly acclaimed short film Taandav. The film also features a stellar cast which includes Marathi star Santosh Juvekar, theatre thespian Ipshita Chakraborty Singh and introduces the child artist Virat Vaibhav.Vasan Bala pointed out that the character of the cop in Bhonsle doesn’t speak a lot unlike the cops shown usually in popular Hindi films such as Zanjeer and Bajpayee’s own Shool and lets his silences speak.

Manoj Bajpayee said the character of Bhonsle represents the sentiments of today’s people and the times we live in. “Bhonsle’s silence conveys the depression and the hopelessness experienced by today’s generation. These are the people who have lost hopes from life completely and somewhere they feel they have failed themselves. I and Devashish had been working on the film for over 4 years and it got made due to the efforts of Sandiip Kapur, Abhayanand Singh and Piiyush Singh who chose to go to with his and Devashish’s vision and backed the film.

PLANT A TREE WHEREVER YOU GO: KAPIL SHARMA