In this interview for bollyy.com, filmmaker ASHOK NANDA tells JYOTHI VENKATESH that Esha is a highly underestimated actress amidst us today and says that he is confident that after the release of his film Day Out :Justice Delivered, Esha Gupta will definitely get roles that befit her as an actress.

Is One Day Justice: Delivered your debut film as a director?

No. It is actually my third film as I had earlier made Hum Tum Aur Mom and Fire Dancer, which was nominated for the Academy of Oscars but did not win any award. I was a US based software engineer before I turned to filmmaking. Before I made One Day, I had gone back to US only to come back with a thought provoking issue based film like Rivaaz starring formidable actors like Reema Lagu, Alok Nath, Deepti Naval, Meghna Naidu and Vijay Raaz, way back in 2011

What is your latest release One Day: Justice Delivered all about?

It is a suspense crime thriller in which Anupam Kher plays a retired judge. One Day: Justice Delivered  is a film which shows how one day the life of a person changes when he gets a slap. Anupam Kher fits the part to the T. Though 35 years ago, Anupam Kher had played a 60 year old distressed father in Saaraansh when he was just 23, honestly I’d say that his role in my film is no less than the one he had played in Saaraansh. Anupam plays a dual personality in my film, which is a crime thriller with an element of suspense. I am trying to present a slice of how justice today is being denied or delayed without showing any negativity or throwing the system of justice in our courts in poor light 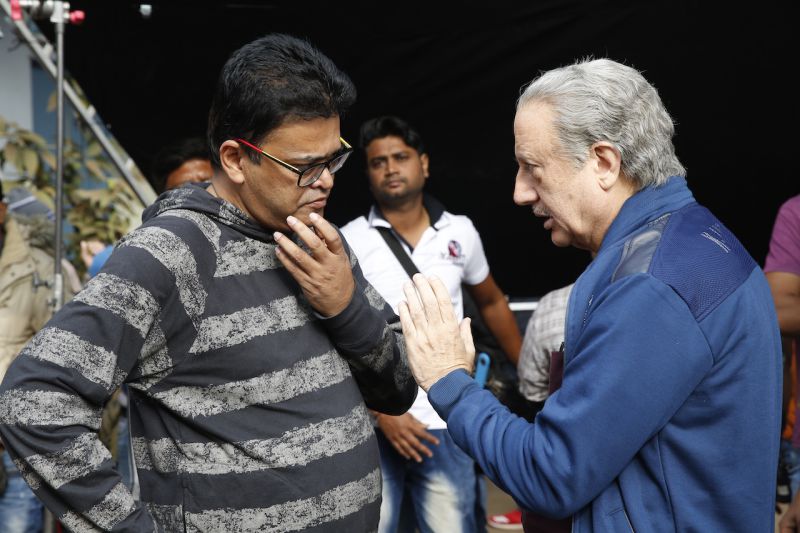 How easy was it for you to cast the right actors in the right roles?

It was quite easy for me to cast the actors in the right roles. The moment I narrated the subject all the actors agreed to be part of my project. If only Anupam Kher had not agreed to play the central role in my film, I may have approached Rishi Kapoor because I needed a good actor to play the role of the retired Justice in my film.

Is it true that you had actually cast Zarine Khan in the role of the cop in your film?

Yes. I had narrated the subject to Zarine Khan and even cast her for the role but all of a sudden the dates that Anupam Kher had given me went for a toss as he had to give those dates for his shoot of his International TV serial in US and when I got his dates again, unfortunately, Zarine was busy elsewhere and I had to drop her from the project.

Is your film an out and out court drama? 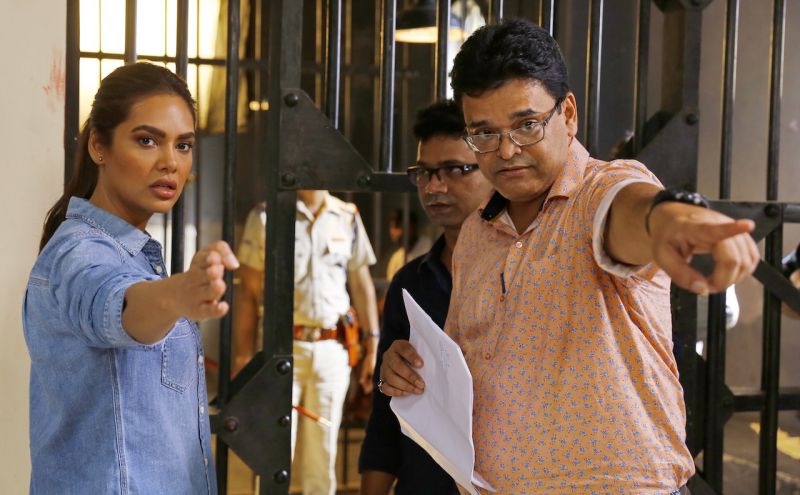 What is the message that your film sets out to drive?

The message that I want to drive through my film is that justice delayed is justice denied.

How tough was it for you to direct an actor like Anupam Kher who is also a director?

Anupam Kher is out and out a director’s actor though he himself is a director on his own right, especially because he knows that  the director of a film is the only person in the entire unit who sees the entire film

How did you zero in on Esha Gupta to play the Haryanvi cop?

The role that Esha has played in my film is not a regular role. It was a big problem for me to get Esha Gupta for the role as I needed an actress who would slap and talk less in a small town like Ranchi as a Haryanvi cop who will breathe fire and be rude as well as raw. Other than Zarine Khan, all the other big actresses declined to do the role politely because  Anupam Kher was the hero in my film and not any conventional leading man, till I was lucky enough to get Esha Gupta. Even today whenever Zarine Khan watches the trailer with Esha Gupta, she says “yeh role mera tha”. 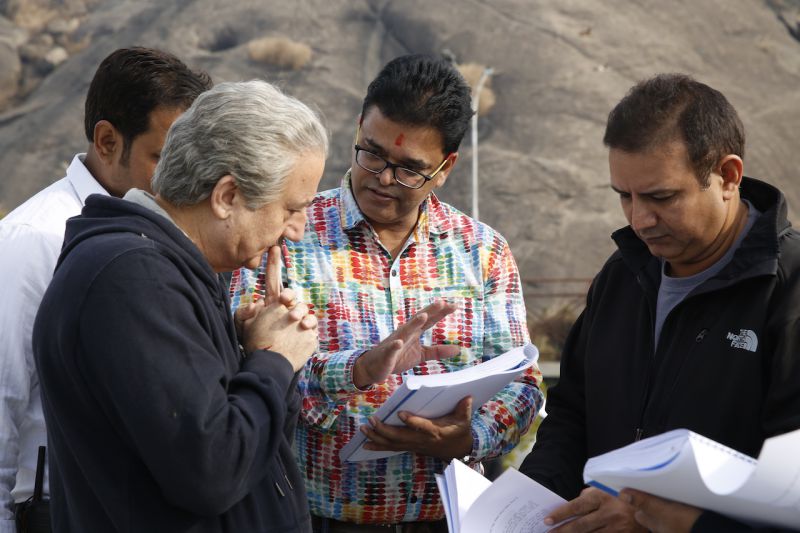 How was Esha Gupta as an actress?

I should say that Esha is a highly underestimated actress we have amidst us today, because people will see only what you show to the world. I bet after the release of my film, Esha will definitely get roles that befit her as an actress.

Were you not skeptical that no distributor worth his salt would come forward to buy your film since it does not boast of top stars?

In today’s times , I am was not at all scared of not getting any distributor especially after Anubhav Sinha’s film Mulk clicked at the box office in a big way. The fact is that today Rajkummar Rao isn’t a super star but still his films run at the box office. Today it is a good sign that the audiences patronize Simbba as well as Mulk or Badhai Ho. In any case, my film was made on a moderate and medium budget of around 8 crores because we made it in Ranchi where it was costly to get vanity vans for all my artistes whereas In Mumbai it could have been made on a budget of 5 crores.

Why did you shoot in Ranchi?

Frankly it was the greed to get subsidy of either 2 crores or 25% of the budget of my film from the government of Jharkhand that drove me to shoot my film outside Mumbai in Ranchi in 42 days. Though there were no proper facilities, I’d say Hats off to the cops at Ranchi who used to be present throughout the nights, when we were shooting the film. The government of Jharkhand also was very supportive 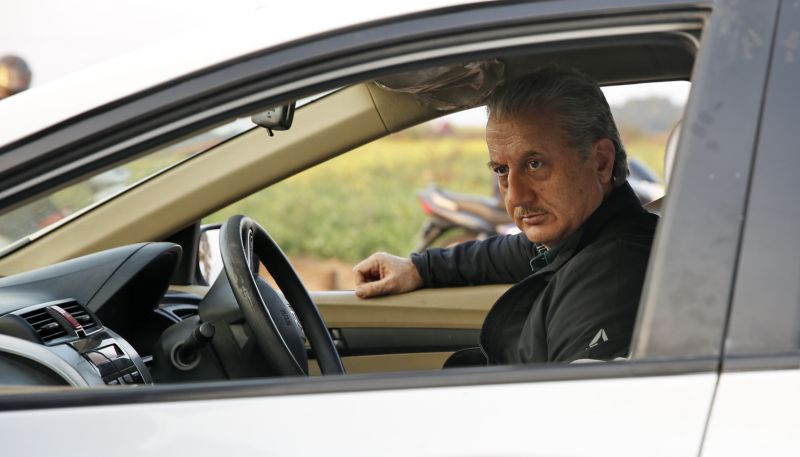 How would you describe yourself as a filmmaker?

I’d say that I am more of a versatile director who does not want to stick to any particular genre of filmmaking, though after Rivaaz I have been bracketed as a serious director. My forte is thrillers and I will not make a romantic film though I will not hesitate to make a thriller genre of a film

What is your next film after One Day :Justice Delivered?

My next film, after One Day: Justice Delivered will be a thriller. It will be an action packed comedy thriller as I like all kinds of thrillers. I have already initiated talks with Sanjay Dutt to play an underworld guy who wants to turn a film producer. His character will be in the mould of Munnabhai. I am also planning to cast an actor like say Shreyas Talpade instead of Arshad Warsi as I do not want any kind of comparison between both the films.