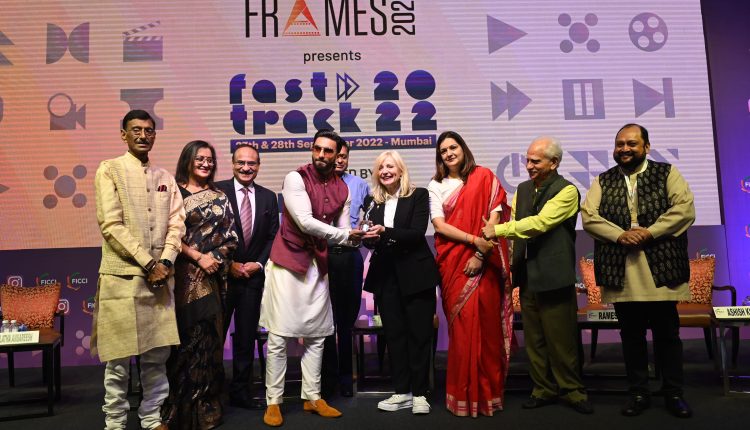 By Team Bollyy Last updated Sep 28, 2022
10
Share
The largest media and entertainment convention FICCI Frames came back with FICCI Frames fast track in Mumbai. The inaugural of the two-day convention was held in Westin, Mumbai today.
The event saw none other than heartthrob of the nation and one of the most versatile actor, Ranveer Singh gracing the occasion with his presence along with Mr. Ramesh Sippy, Filmmaker, Mr. Apurva Chandra, Secretary, Minister of Information & Broadcasting, Govt. of India, Mr. Arun Chawla, Director General, FICCI, Ms. Jyoti Deshpande, Chairperson, FICCI Media & Entertainment Committee and CEO, Viacom18 Media Pvt. Ltd, Ms. Tracy Brabin, Mayor of West Yorkshire, UK, Ms. Sumalatha Ambareesh, MP, Member Standing Committee on Communication & IT and Ms. Priyanka Chaturvedi, MP, Member Standing Committee-Transport, Tourism & Culture.
While Mr. Arun Chawla took to stage for opening remarks, where he mentioned how the media and entertainment industry not only survived but also kept the moral of the country high with providing them entertainment when the whole world was going through tough times because of the pandemic. 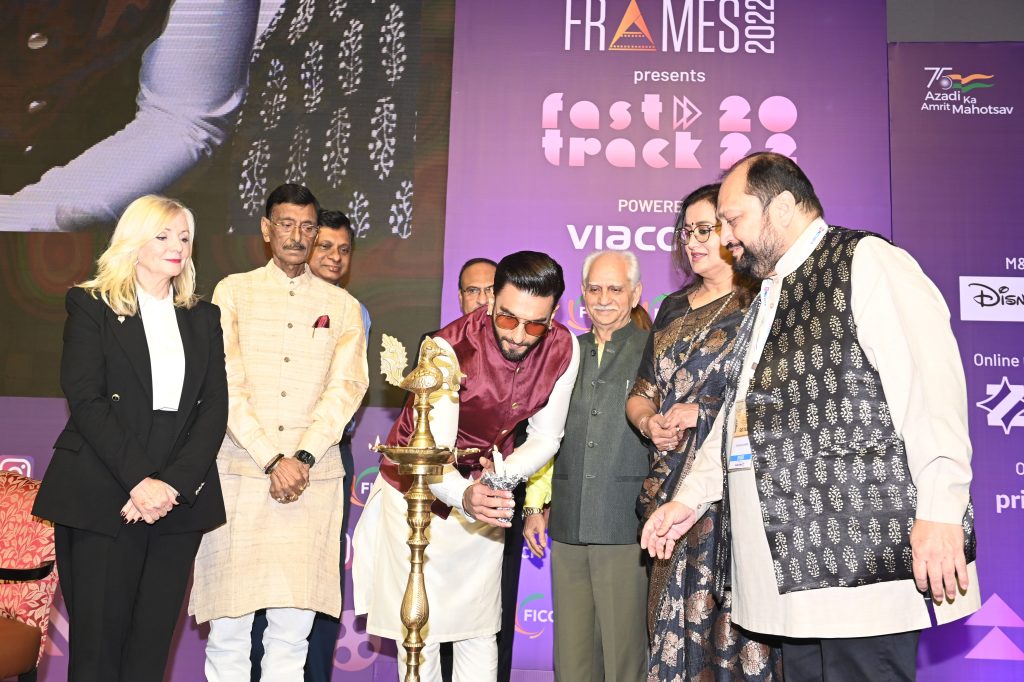 “India’s media and entertainment market is one of the most vibrant and diverse group. However, for an industry that has been growing at a rate faster than our GDP in 2019, the pandemic has been a challenging period for the industry both for india as well as abroad” said Mr. Chawla.
Mr. Apurva Chandra said, “Today media entertainment industry in India is about 23 billion dollar big when the country GDP is about 3.6 trillion. So we constitute 1 percent of the GDP of the country. And we need to improve these numbers.”
“We proposed amends on the cinematograph act and I am very happy to note that all those present have supported proposed amendments for anti-piracy, introduction to anti-piracy provisions of the cinematograph act , for age classifications into the UA category and some others that we are proposing.” He added talking about the regulations in Media and Entertainment industry. 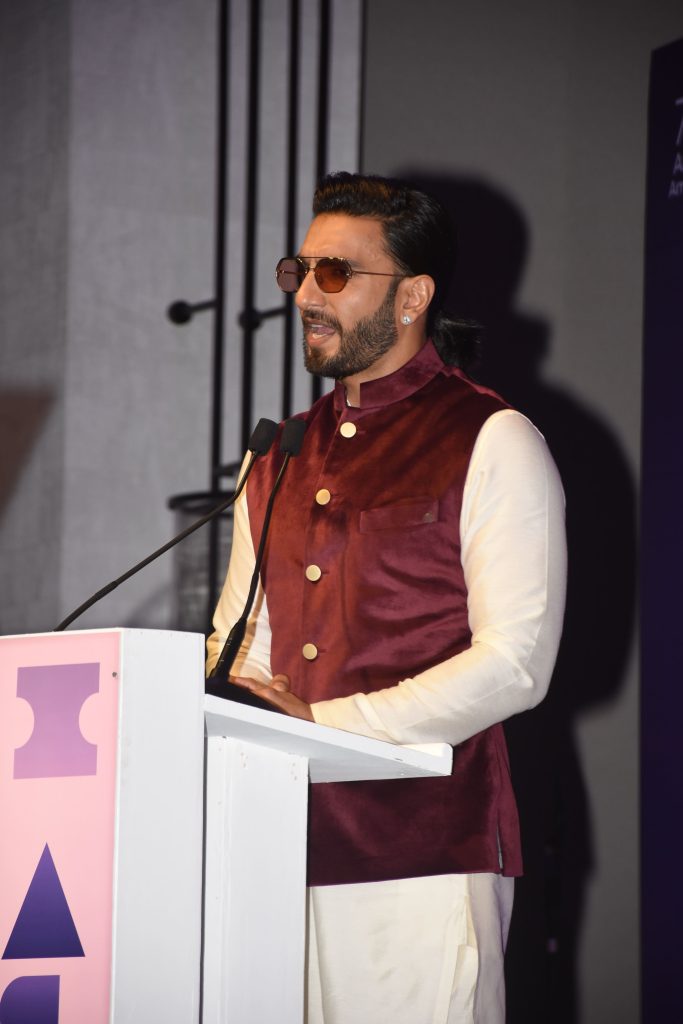 Ms. Tracy Brabin, Mayor of West Yorkshire, UK, also took to the stage talking about the impact of good culture in the community. “Good culture offers communities plays such an important role in bringing  people to settle in a region. Its not just about good schools, is it? It’s about a cultural life of a community ,what people do to enrich their lives, to find joy, to find happiness.” said Brabin.
Mr. Ramesh Sippy reflected upon the changes happened during the pandemic. “As much as the pandemic has affected us, it has also brought in some changes. The OTT has certainly got a big boom, both cinema and small platforms will perform jointly as they used to, but in a much bigger way.“ He said. Ranveer Singh who enthralled the audiences with his infectious energy, was awarded with ‘Frames Achiever of the year’ at the event. 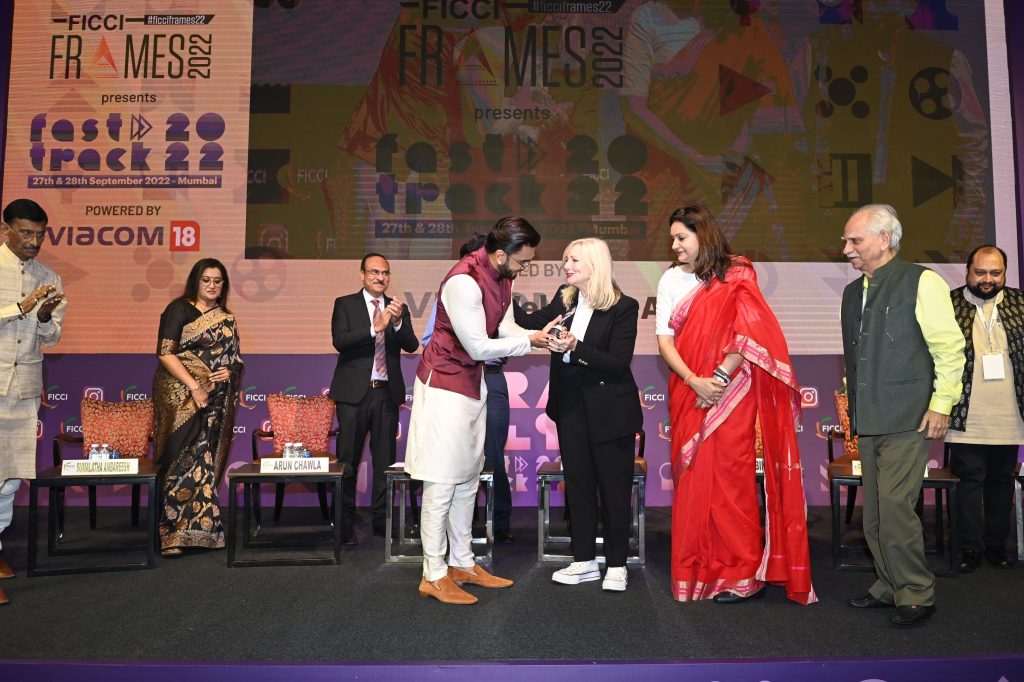 After thanking FICCI for the award, Singh stated that “Collectivly coming out from a very difficult time, I hope that we crack great ideas at ficci fast track in the rapidly changing hyper dynamic world. I deliberately say hyper dynamic landscape, of Indian entertainment that we are going to see because it is so.”
The two day convention will see sessions with renowned names of the industry like Nikhil Advani, Divya Dutta, Madhur Bhandarkar, Paresh Rawal, Tannishtha Chatterjee, Adil Hussain, Revathy, Tamanna Bhatia, Raj Nidimoru, Krishna DK, Sohum Shah, Karan Johar, Ayan Mukherjee, Imtiaz Ali, Anees Bazmi, Abhishek Sharma, Nitesh Tiwary, Ashutosh Gowarikar to name a few, along with Studio Heads who will talk about the gamut of media & entertainment like Films, Television, Digital entertainment, Radio, Animation, Gaming, Visual Effects, Film Tourism, IP rights and Film Incentives.
It is also a sort of celebration around the largest media and entertainment Industry that went through a tough periods during Covid but has emerged stronger and raring to go. 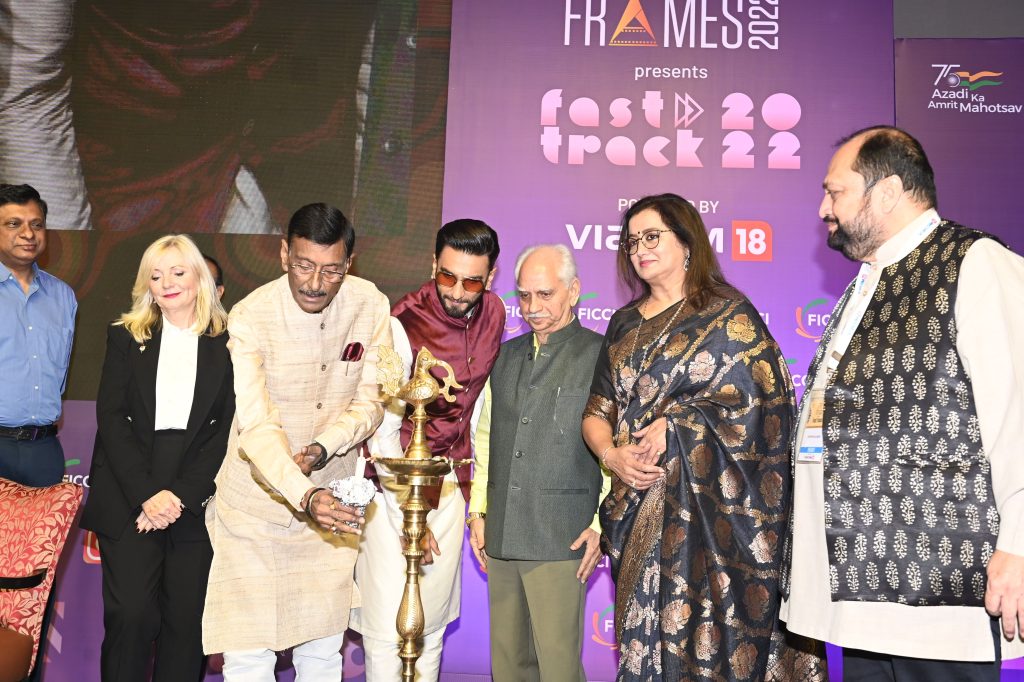 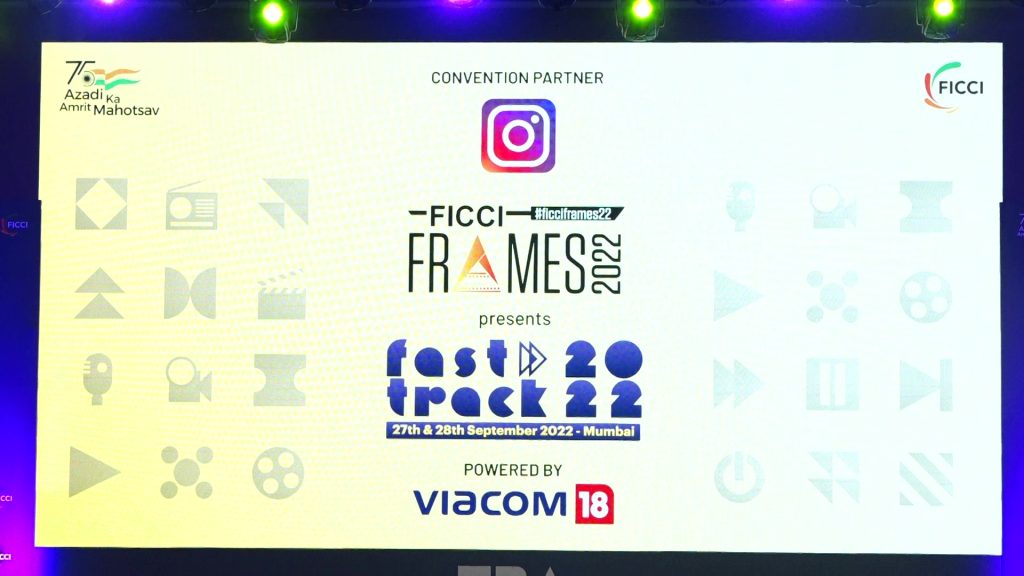 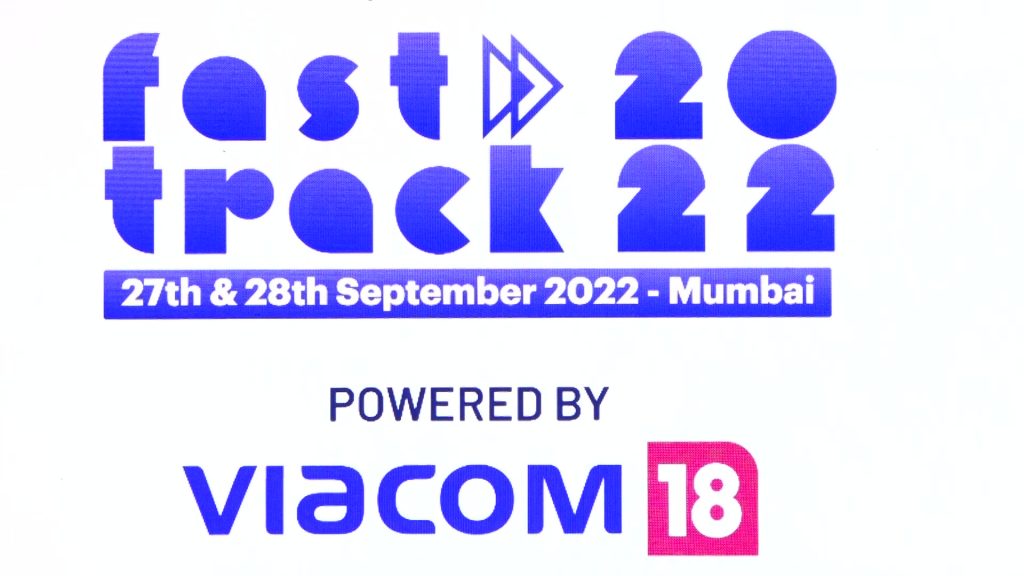 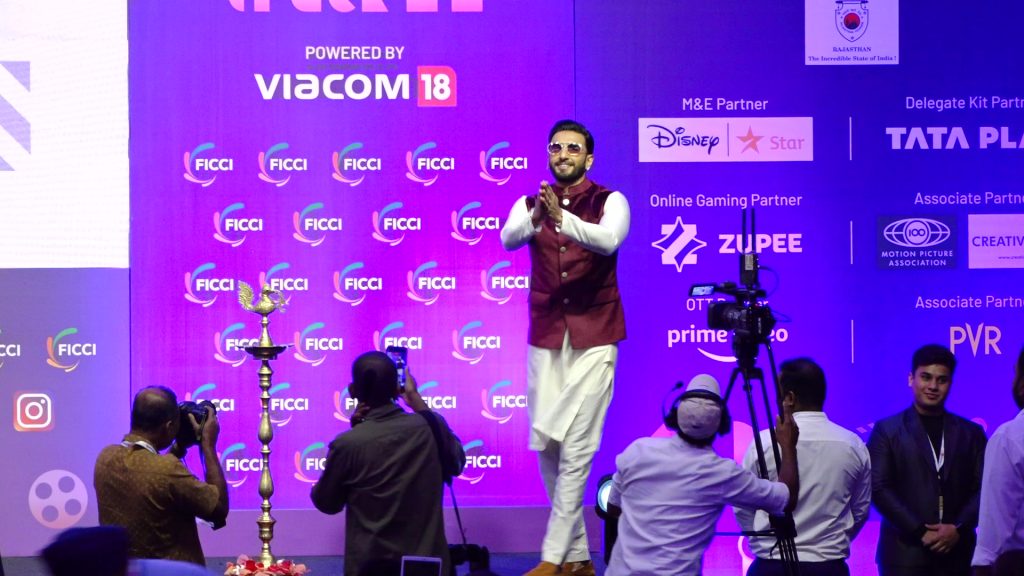 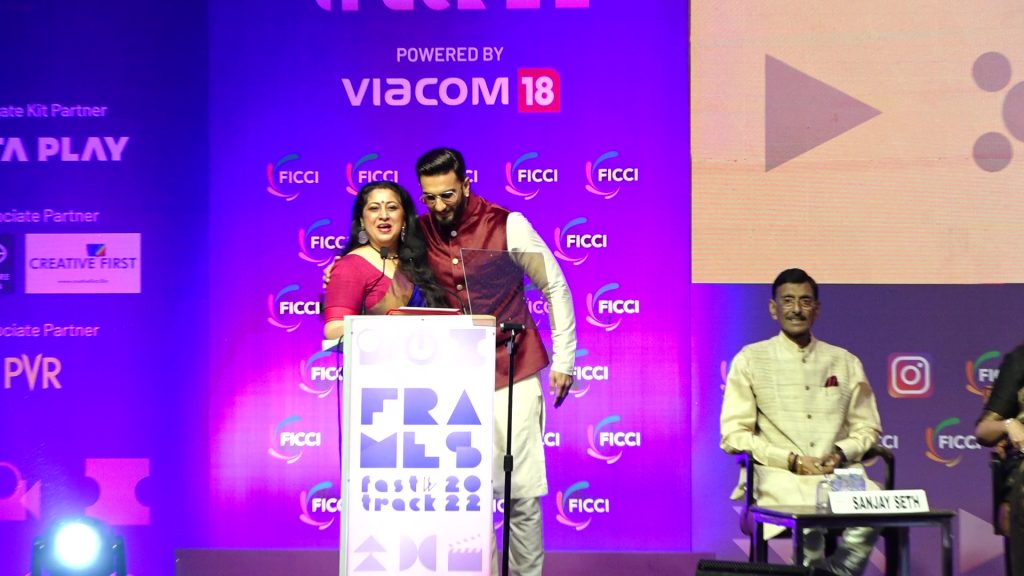 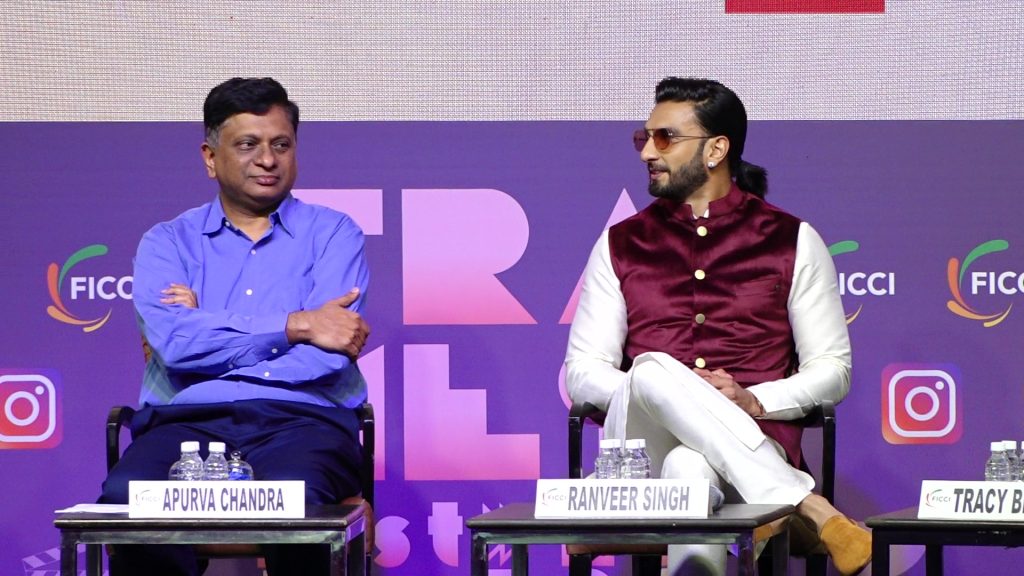 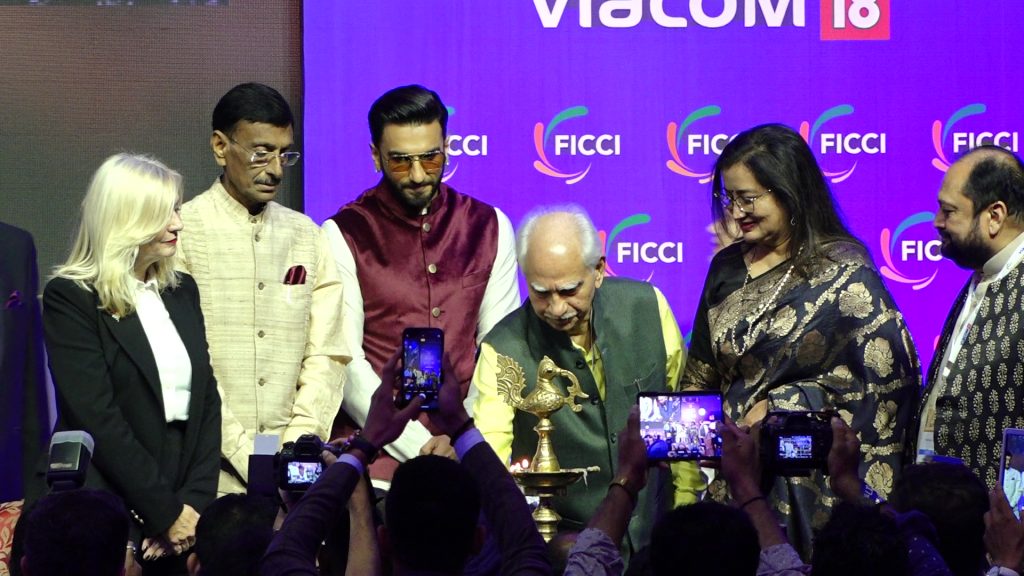