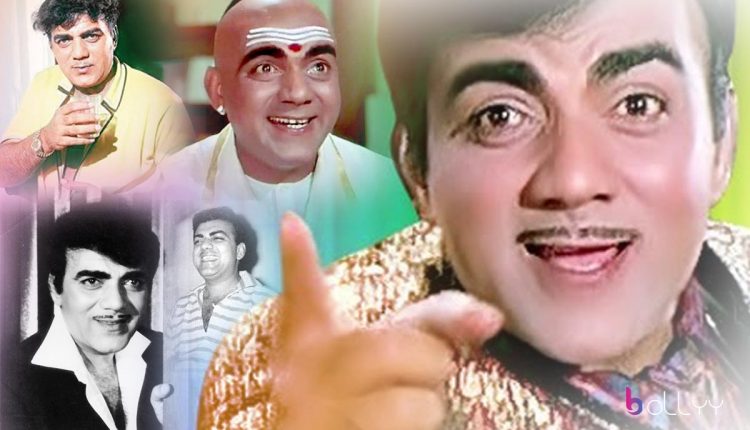 There were a number of stars and filmmakers standing in the compound of Natraj Studios (now defunct). Dharmendra, Hema Malini and the veteran villain Pran were among them. Suddenly a big and flashy car drove in and from the car walked out Mehmood who the entire industry knew as “Bhaijaan”. He joined the crowd and for the next ten minutes there was only one man talking and the rest were only laughing till they were tired off laughing and “begged” of him to stop. That was Mehmood, the reigning “badshah” of comedy and laughter any time, all the time.

I waited for the man who had given me some of the most hilarious moments of my life since I was ten. I introduced myself to him and asked him if I could see him some day. He said, “Why some day, come tomorrow?” I reached his bungalow which was like a palace of the Nawabs of the good old days. He came in at 11 and ordered for breakfast, and started telling that my father, Mumtaz Ali was one of the best stage actors who later joined films but died a pauper. He was a very strict father and brought up his children according to the best values imbibed in the Koran. One thing he was very sure about and it was that he did not want any of his five sons to have anything to do with films because he had suffered enough and he did not want his children to have the same fate”. He then told me how he went against his father principles and ran away from home with only his mother knowing that he had run away. His father disowned him after he came to know how he had broken his rules.

Mehmood ordered for lunch and it was like a big festival and continued with the story of his life. He said he always loved to make people laugh and hated crying and sulking. He remembered how he walked around all the studios in Bombay because he had no money to travel or even to have a meal in the whole day. His luck changed when he found some small roles in films for which he was paid a few rupees “which helped me to keep me going in the face of the greatest odds”. Some of the roles he played were seen by filmmakers from the south and soon began one of the best periods in Mehmood’s life as an actor. Almost every big Hindi film made in the south with all the big stars from Bombay had to have Mehmood in them because he had the gift to make people laugh like no other comedian had. He was paid the kind of price even some of the heroes envied. He made a very good team with actresses like Mumtaz, Aruna Irani (who according to rumours, he had even married) and Shubha Khote with whom he did the maximum number of films. A time came when he was much more popular than most of the actors who were stars and they avoided working with him because they knew working with him was a very big risk for them because he took away all the lime light and people came to see films only because of him. It was this feeling among the heroes that made Mehmood feel bad about the industry and he took a holiday to set up his own farm house in Bangalore and did some thinking about his career.

He came back with the idea of making his own films. The result was a number of films produced, directed and acted in by Mehmood. Among the popular and successful films he made were “Mastana”, “Kunwara Baap” and “Ginny Aur Johnny”. He was the most popular personalities in the industry. He was very hurt within him because of the jealousy and rivalry among his own friends and colleagues. He was now growing older and spending most of his time working in his farm in Bangalore without letting anyone know what he was doing there. He did not invite any of his friends to his farmhouse because he wanted to live a life of his own. It was only once in a way when a filmmaker like Dev Anand called him to play a role in his film “Des Pardes”   and later when the young Rajkumar Santoshi requested him to play a role in his cult comedy film, “Andaaz Apna Apna” that Mehmood could not control his urge to be an actor and he played the roles they offered him and he was still the king of laughter even though he had become quite old before his time and had even gone bald.

He once called me over to his suite in a five- star hotel and I wondered why. He was not the same Mehmood I had known for so many years. He was a bitter man. He told me stories about how so many people in the industry cheated him of his money. He also told me about how his own brothers had taken him for a ride and turned him into a man who had to sell off his huge bungalow in Andheri and shift to a two bedroom flat in Andheri. He said he was completely disgusted with the way humanity was slowly dying. The only time Mehmood, the greatest laughter king off Hindi films smiled was when we talked about Lucky Ali, his son who had made a big name for himself as a singer in the west and was also recognized as a very good actor. “After all, he is the son of Mehmood, he has to be good”, he said

Mehmood was a large- hearted man who gave away money to homes for the aged, orphanages and other places where people who lived in dire straits struggled to make a living. The last time I saw him distributing food at a church in Versova and then again in the Dargah at Ajmer.

He came back to Mumbai and his condition grew worse. His kidneys and lungs had failed. The doctors in all the best hospitals gave up hope for him and he was sent home. I happened to visit him one evening and was surprised to see a very old and haggard kind of Santa was lying in a bed with two ventilators standing on either side of him. He had not lost his sense of humour. He introduced me to the tall ventilator and said, “This is my Amitabh Bachchan” and then looked at the smaller one and said “This is my Mukri”. I asked him if he would take part in a show I had organized to honour all the comedians and he said “if you allow my Bachchan and Mukri I will certainly come”. There was time for the show but I was happy the way he was eager to be seen at a show and he did take part in the show after we had made arrangements to take him to the venue in an ambulance and had taken him below the stage where we had created a mechanical device by which he could be pulled up on stage with his wheel chair. His name was announced and he slowly came up and the entire industry stood up and gave him the kind of ovation only a good and loving king could get. He had tears in his eyes. Soon he was flown to America for treatment but there was no hope. One morning I received a call from America. “Bhaijan is no more”, a female voice said and one of the greatest chapters in Indian cinema had come to an end.

Mehmood wanted to be buried in Bombay and his wish was fulfilled by his son Lucky. His body was placed for “darshan” at the Mehboob Studios and hundreds of people filed past his body without crying because I think they realized Mehmood would have laughed seeing them cry at his death because he had said so many times something which he firmly believed in – “Zindagi ek natak hai isko kabhi seriously lena nahi”.

Show has no other option, except me, as the celeb-host, insists Salman Khan whose sensational Colors TV show also has ‘Bigg Boss’ himself playing the unpredictable game in Season 16… Chaitanya Padukone