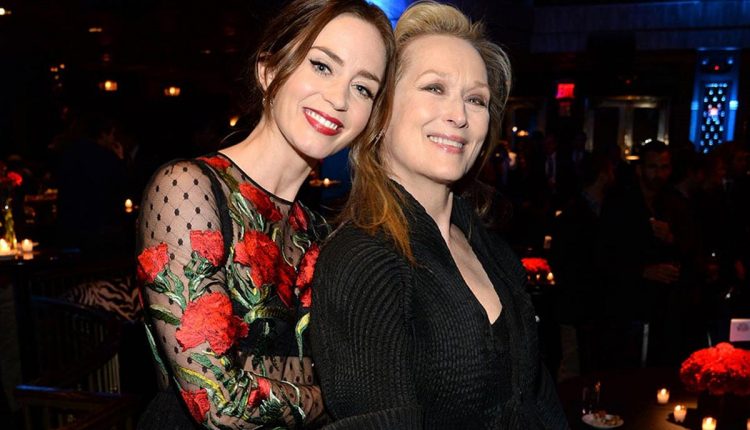 Emily Blunt who stars in the upcoming Disney movie ‘Mary Poppins Returns’ joked at a recent talk show that Meryl Steep is her stalker as they keep making films together but admits that she secretly loves it. The Devil Wears Prada co-stars were working together again on Mary Poppins Returns, a sequel to the original 1964 film where Meryl plays the role of Emily’s cousin Topsy Turvy. She said: “She’s like my stalker! Actually, I love her and she is amazing and I just want to breathe the same air as her. Long may she stalk me!”Emily also states that she was completely shocked and slightly terrified to know that she was the first choice for Mary Poppins Returns. In Disney’s “Mary Poppins Returns,” releasing on 4th January 2019, an all-new original musical, Mary Poppins is back to help the next generation of the Banks family find the joy and wonder missing in their lives following a personal loss. Directed by Rob Marshall from a screenplay by David Magee and a screen story by Magee & Marshall & John DeLuca based upon the Mary Poppins Stories by PL Travers, the film stars: Emily Blunt as Mary Poppins; Lin-Manuel Miranda as Jack; Ben Whishaw as Michael Banks; Emily Mortimer as Jane Banks; Julie Walters as Ellen; Pixie Davies, Nathanael Saleh and Joel Dawson as the Banks children; with Colin Firth as William Weatherall Wilkins; and Meryl Streep as Cousin Topsy.