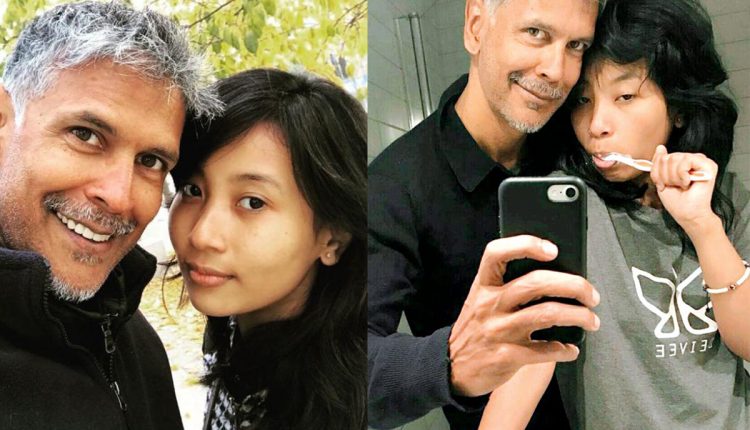 A few months ago model-turned-actor Milind Soman was seen grabbing everyone’s eyeballs when the news of him dating a girl almost half of his age broke out. Now, the hottie again is making headlines as there are reports that 52-year-old Milind and his 26-year-old girlfriend Ankita Konwar are all set to get hitched soon.

Yes, you read that right, according to the Spotboye, Milind recently met with Ankita’s family and friends and the same entertainment portal quoted a source saying,  “Milind timed his visit to coincide with Ankita’s nephew’s birthday, so he could meet her friends, family and relatives, who were in attendance. Now that the lovebirds have the family’s blessings, they will solemnise their relationship in 2018.”

Heaven in a selfie.

Colours of the Khumbu in Scandinavia 🙂

No other place I'd rather be

Model-actor Milind Soman has been ruling every 90s girl’s heart ever since he has appeared in  Alisha Chinai’s music video Made In India, with his Greek God looks and physique. The model-turned-actor was last seen in Saif Ali Khan’s film Chef as a hot south Indian man. He was also one of the judges on the third season of the show India’s Next Top Model.

Milind Soman was earlier married to a French actress Mylène Jampanoï in 2006 which lasted for 3 years. The official confirmation of the marriage is still awaited but we all are excited to the see the hottie Milind as a groom once again.

BIGG BOSS UPDTAES: HITEN TEJWANI AND BANDAGI KALRA COMING BACK ON THE SHOW