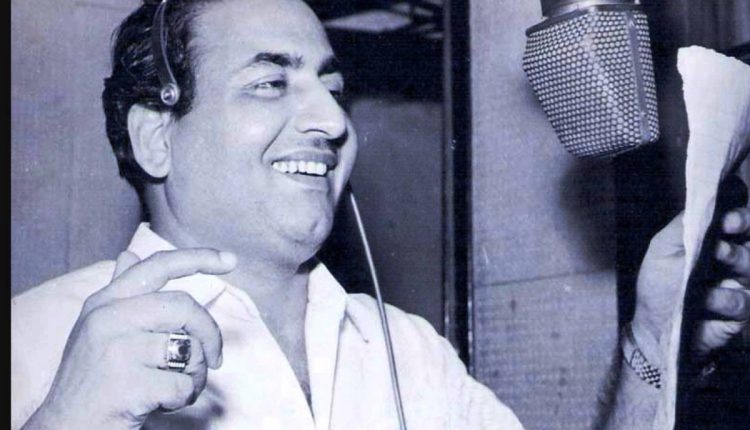 If he were alive and kicking today, he would have been 95 years old. Today, to commemorate the 39th anniversary of the late versatile singer MOHAMMAD RAFI, we reproduce the last interview of his taken by JYOTHI VENKATESH, exactly 39 years ago, a few days before he breathed his last and left us on his eternal journey

Little did I realize that this meeting would be Rafi’s last ever interview to the press. One of the few film celebrities belonging to the old school of discipline, Rafi was waiting for me at the dot of the appointed time, after doing his riyaz in the morning. At the dot of 9.10 am, at the gate of his spacious bungalow. “You are late, young man for the interview. I was waiting for you to come at 9 am but when I received a call from a recording studio asking if I could report for the recording, I said yes as you did not turn up till now. Please do not at all forget to come tomorrow exactly at the dot of 9 am”, said Rafisaab and went for the recording. The next day, I reached 15 minutes in advance for the interview, having learnt a valuable lesson in punctuality.

Mohammad Rafi has always felt that though singing is a God-given gift, “to maintain your voice is tough. From 1942, I have had my ups and downs. Riyaz is a must if you want to preserve the quality of your voice. I do not smoke or touch liquor. I am pained to see some playback singers who after giving one hit song, start acting high and mighty only to fall down with a thud soon after.” 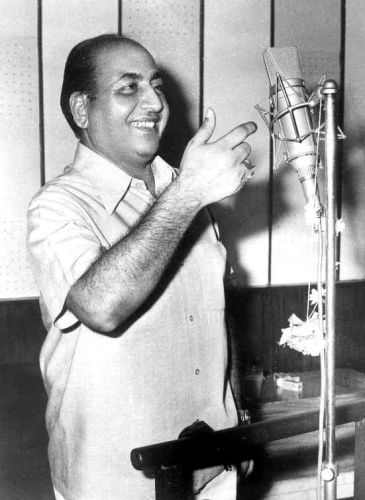 A humble and publicity shy celebrity, Rafi’s formula for success is his humility. “It is a must for one to be successful in any field.” Resorting to chaste Urdu he explains. “Kisika dil humne kabhi dukhaya nahin. Jo kisika dil ko dukhata hai, woh zindagi mein  kabhi tarakki nahin karega.”

Mohammad Rafi was born on December 24, 1924 in Punjab’s Amritsar district. At a very vulnerable young age, he showed an aptitude for music and was trained under Ustad Abdul Waheed Khan of Kirana Gharana. How he became a playback singer is described by him as follows.

“Ab aapko main kya kya bataoon? I am a native of Lahore. I belong to a very orthodox and conservative Muslim family. I used to sing at friends’ places when I was only 15. During one such occasion, the top actor-producer of that time Naser Khan spotted me, offered to take me to Bombay and groom me as a singer in films”. 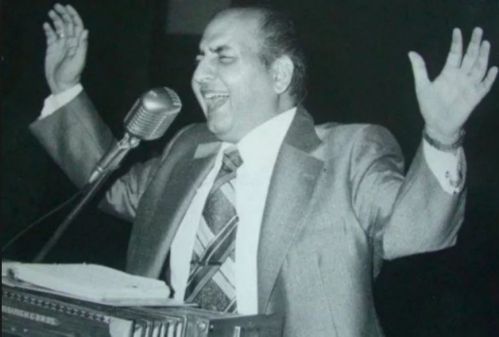 “Khansaab had asked my father for permission which was refused point blank because he frowned upon the very idea of my taking up singing in films as my career. My elder brother however convinced my Abbajaan to let me go to Bombay. With great reluctance he agreed and I made my debut as a playback singer in 1942 with the film Laila Majnu, a Nazir-Swarnalata starrer. I sang a qawwali as part of the chorus for music director the late Pandit Govindram. I even did a bit role in the film. Later I acted in films like Samaj Ko Badal Dalo , Jugnu etc. In Gaon Ki Gori, I sang a duet with Noor Jehan under the baton of music director Shyam Sunder”.

Rafi voices his disillusionment with the music directors today. He is visibly pained that music directors sign films by the dozens and hence quality of music in films also in turn has deteriorated. “Very few music directors today work with dedication on their tunes and compose memorable music like Lakshmikant- Pyarelal did in Sargam. Most of the others are there in this field only to make a fast buck by copying foreign tunes and plagiarizing other composers’ tunes. 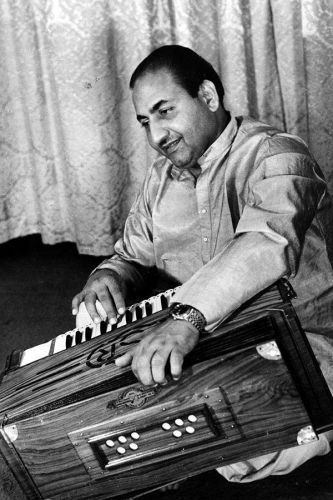 “Film making wasn’t merely a business proposition during those days when Institutions reigned supreme and free lancing had not become popular. Believe it or not, I used to be paid a meager amount of Rs 75 in those days for singing one song. When I entered there were popular singers like Saigal Saab, G.M. Durrani and Khan Mastan. Unki khoobi yeh thi janaab ki instead of considering me as yet another competitor, they encouraged me to give my best. I remember the first time I met Kundanlal Saigal saab when I was just 15 at Lahore where he had come to give a concert on the stage. The mike failed to function at the last minute and while it was being set right, I was asked to keep the audience engaged by singing a couple of songs. He blessed me and predicted that a day would come when I’d be a sought after singer.

“Melody and classical training were primary when I set my foot in the field. Today, however, music has degenerated into just shor. In those days we singers used to help the interlude music, whereas today it’s the other way round. A situation has come today when the interludes help the playback singer.” 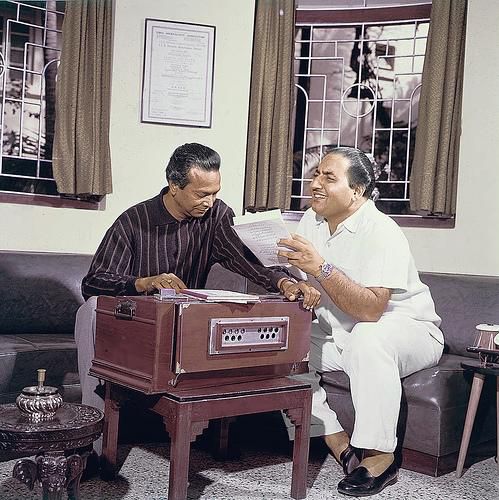 Rafi, unlike Kishore Kumar who wouldn’t sing until his remuneration is paid in full before the recording, has even sung for a token amount of just one rupee. “Though I insist on being paid my price by commercial film makers who can afford it, I sing for small budget films including regional films for a much lower price. Money isn’t the only criterion for me to accept a film. Out of my earnings, I keep aside a sizeable amount for charitable purposes but I prefer not to tom-tom about it, because I do not want to seek publicity for these acts.”

In spite of several years of experience in the field, Rafi has never composed music for any film. “The veteran producer S Mukherjee had asked me to compose music for one of his films but I refused because it’s my firm belief that one should be perfect in only one field. Look at Talat Mehmood. He took up acting and after that he could click neither as an actor nor as a singer. Why? For that matter, even late Mukeshbhai took up production and lost heavily when the films he made flopped. If I were to compose music today, the other music directors would automatically start feeling that I may steal their tunes for my own songs and stop assigning me the job of singing for them.”