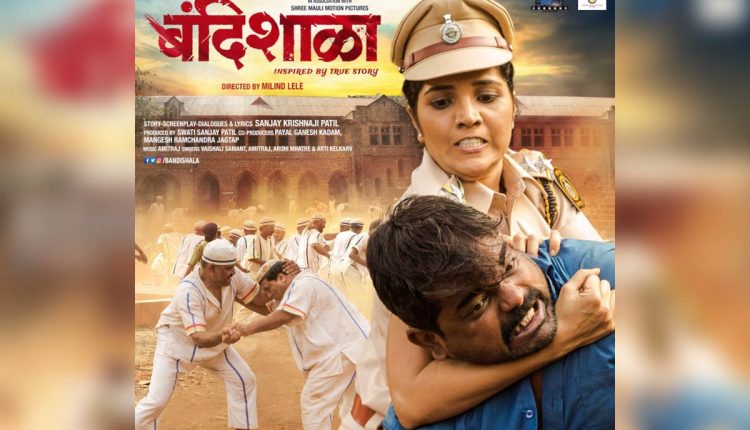 Prison officer Madhavi Sawant (Mukta Barve) is a no-nonsense cop who holds the reins of her prison tightly and manages the work efficiently. When she refuses to bow down to her senior officer’s (Sharad Ponkshe) corrupt demands, the people in power execute a heinous plan against her. How, Madhavi does not relent and decides to wreak revenge on the people who perpetrate the heinous crime on her, forms the crux of the vendetta story. It is also based on a story of a real life female hail warden somewhere in Maharashtra

Madhavi Sawant single-handedly tackles hardened criminals around her in the jail and succeeds in managing the prison by taking a firm stand for things she believes in. There is a group of criminals that have a problem with her, including her senior officer who has a massive male ego, especially when she wields power and refuses to compromise on her duties. So, to silence her, they plan to make her suffer. Undoubtedly, Bandishala has a strong and powerful subject at hand which is very topical and contemporary with ample scope to make the film an engaging one, but with the entire film focusing only on Mukta Barve the proceedings tend to become static after a while.

The whole responsibility of taking the story forward lies on the shoulders of Mukta, who rises above the limitations of the role and does her role brilliantly though the premise is very predictable to the core. Among her co-actors, mention ought to be made of Ananda Karekar, Sharad Ponkshe and Praveen Karade who shine in small cameo roles and leave an impact. Savita Prabhune is as usual brilliant. Madhavi’s husband Shekhar, played by Vikram Gaikwad, is impeccably flawless and plays a gentle, socially aware and genuinely vulnerable husband who stands by her during the worst crisis in her life. Though it has a predictable formulaic climax, it is watchable for the sake of Mukta Barve