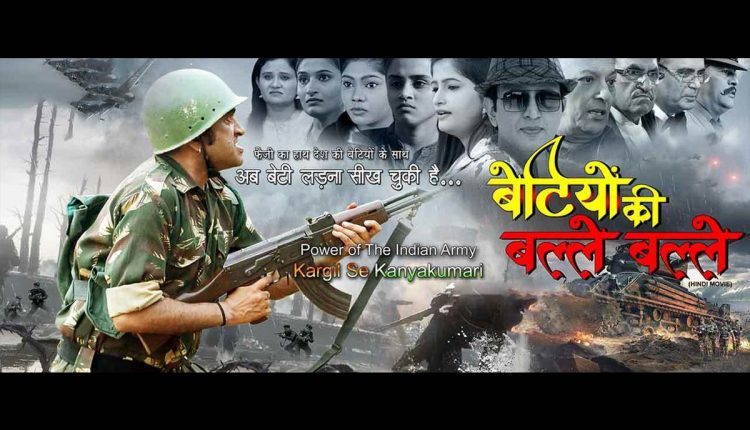 It is a tacky slow-moving social drama that sets out to delve into the pertinent issues which even today plague the cause of woman empowerment,  and serve as a roadblock for several women in our country. The film deals with two parallel stories, one a college girl who is trapped by a self confessed Romeo who rapes her and tries o blackmail her with the help of a female and the other track of a army man who loses his wife and only daughter when hooligans try to rape them in his absence and they commit suicide. The two stories are linked by the arrival of the protagonist (Jeet Upendra) in the interval, who decides to get justice for the rape victim by fighting for her in the court.

The plot by Manoj Nathwani is interesting enough but what bores the audience is the fact that 90% of the actors mouth the lines with Gujarati accent since most of the actors are the producer’s friends who are from the Gujarati stage. Jeet Upendra manages to hold the audience with his presence and strong dialogue delivery though he tries to ape Amitabh Bachchan at times. While Shruti is passable, Raju Tank as an army man and Yogesh Lakhani as himself make a little impact with their limited presence in the film, which is far too long and ought to have been edited slickly by at least half an hour.

The worst thing about the film is that it is extremely predictable and what’s more also lacks novelty and is far too melodramatic though it sets out to enhance the cause of women empowerment. It is also very irritating when there are several dialogues which have been beeped by the censors in the film although the director has treated the physical scenes with a lot of restraint. With several releases this week like The Tashkent Files, Paharganj, Blackboard V/s Whiteboard, Albert Pinto Ko Gussa Kyon Aata Hai, Gun Pe Done, Ek Haqeeqat Ganga etc, it is extremely tough for a predictable melodrama film like this with absolutely no known star cast to survive at the box office comfortably, though all over Gujarat it has reasons to click.

The Last Days Of Vinod Khanna…..