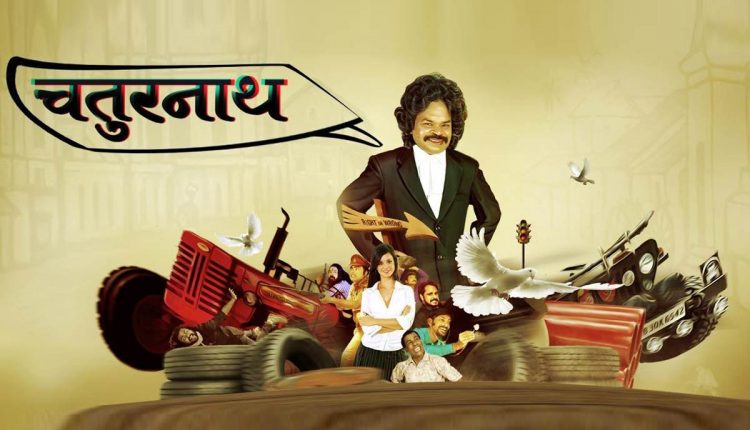 Chaturnath (Omkar Nath Manikpuri) is a man who has a strong desire to help the poor and deprived people get justice from the legal system. To achieve this, he becomes a fake lawyer. The common man with good intentions who is fed up with the corruption in the society wants to make a change for the better, and dons the lawyer`s gown and soon becomes the messiah of the downtrodden. Though he has good intentions to justify the wrong means he employs, how he succeeds in nabbing the people who engineer in blasts forms the crux of the story.

The problem with the tacky film is that it induces yawns several times as the narrative is very predictable and repetitive. The pace is often stopped in order to incorporate sleazy sequences involving a nurse and the doctor, incidentally played by the producer Arvind Agarwal himself

Omkar Nath Manikpuri acquits himself creditably though it is a pity that the talented actor does not seem to get far too many roles in Bollywood these days. While Arvind Agarwal is passable, the rest of the cast fails to pass the muster with their amateurish performances. In what can be termed as disastrous casting, a foreigner like Nura Suarez, who is not able to speak in even reasonable Hindi in the film has been cast.

Music is interesting and catchy in parts though content wise the film leaves a lot to be desired. As the director, Swadesh. K. Mishra does a promising job though he is handicapped by a faulty script and a budget which does not let him rise above his script. To sum up, the film will be a safe bet in the interiors especially this week when there are no major oppositions to the film as Nakaash, Hansa, Naughty Gang etc are the only films which have been released.