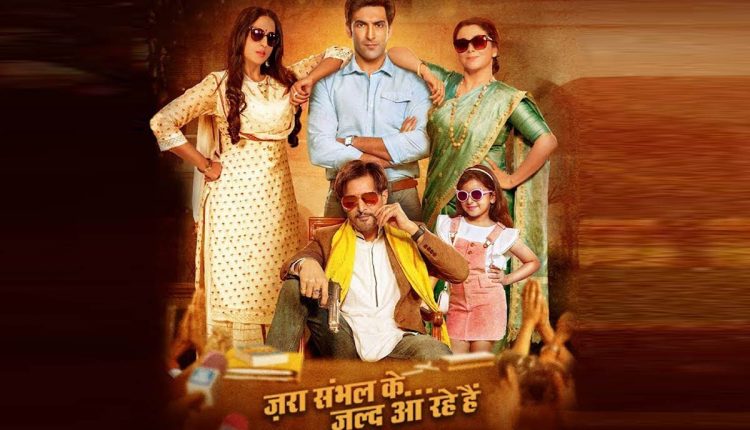 Family of Thakurganj is a story of two brothers with different values – one takes the law into his hands, Nunnu (Jimmy Sheirgill) the other sibling is sincere and law-abiding Munnu (Nandish Singh). Set in the small town of Thakurganj, this drama revolves around the two brothers with different ideologies in life. Will they part ways or be together to fight against the injustice they suffer, forms the crux of the plot, which lacks coherence with too many characters. To make matters worse, after the death of the father, Nunnu’s wife Sharbati (Mahie Gill) runs the extortion business, too.

The plot does not surprise you at all, if you have been following Hindi films over a long time I have. The screenplay is too predictable and after the gunning down of the elder brother, the younger brother decides to take revenge by seeking ways and means to avenge his brother’s death. As far as performances are concerned, Jimmy Sheirgill is okay and does not do anything which we have not seen till date whereas Nandish Sandhu who was short changed in Super 30 last week shows considerable amount of promise in his nuanced performance.

Supriya Pilgaonkar is seen in a film after a long time as the mother of the two sons and turns in a decent performance while Yashpal Sharma and Mukesh Tiwari have been wasted. Saurabh Sharma, as usual is good as a God-man who engineers politics in the small town. Raj Zutshi in a small role is effective whereas Pavan Malhotra is awesome. Newcomer Pranati Rai Prakash is cute and fresh but does not have any role to perform

On the whole, the film is bogged down with a predictable screenplay though it boasts of extra ordinary performances by brilliant actors and hence may find the sailing at the box office quite tough

Pankaj Udhas, Anup Jalota, Rekha Bharadwaj, Shilpa Rao, Sudeep Banerjee And Others To Performe Together At The Much Awaited ‘Khazana’ Ghazal Festival