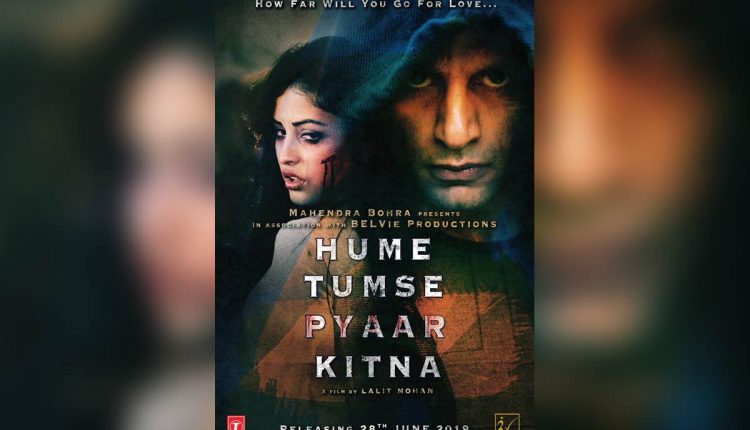 Though the film is a tad too similar to the Shah Rukh Khan starrer Darr, and deals with what happens ultimately when love turns into the realm of jealousy and possession and infatuation take an ugly shape and unleashes an obsessive lover onto the world, where there’s destruction and mayhem. It is the story of one such lover, Dhruv (Karanvir Bohra), who takes his obsession way too far, to pursue the girl Ananya Tripathi (Priya Bannerjee) he loves not ready to realize that it is only one sided since the girl is already in love with another tall and handsome rich guy (Samir Kochchar)

Dhruv’s impulsive actions set the mood of the story and take the predictable tale forward. The film tries to heighten the drama with suspense and thrills at various bends, but unfortunately, the attempt falls flat and fails to keep you on the edge of the seat. Though all that he does in the film is to stalk novel writer Ananya, harass her and does everything and anything he possibly can to complete his love story, including sending love letters written in blood with a collage of his lady-love sprawled over his walls, it should be said to the credit of Karan Vir Bohra is impressive and holds your attention with his ability to emote well, Priya Bannerjee leaves you disappointed with her limited range of expression and fails to impress the viewer. Samir Kochchar does not have any scope at all in this film which has the producer-actor Karan Vir in an author backed role.

While the rich brat Bhavin Bahnushali who plays the guyn who lusts for Ananya does not at all fit his part, Mahesh Balraj more than infusing terror as a cop in the minds of the viewers succeeds in making them laugh with his referenc3es to several Hollywood films while he is questioning the various suspects in the film. The remix version of the classic 80s song ‘Hum Tumse Pyar Kitna.’ makes you go back to those nostalgic days of yore and to a large extent even succeeds in taking the narrative forward.

After 377 Ab-Normal, Ajit Arora Ropes In For His Next Project

“I Personally Wanted To Visit The Gurudwara To Seek Blessings,” Says Mohit Malik