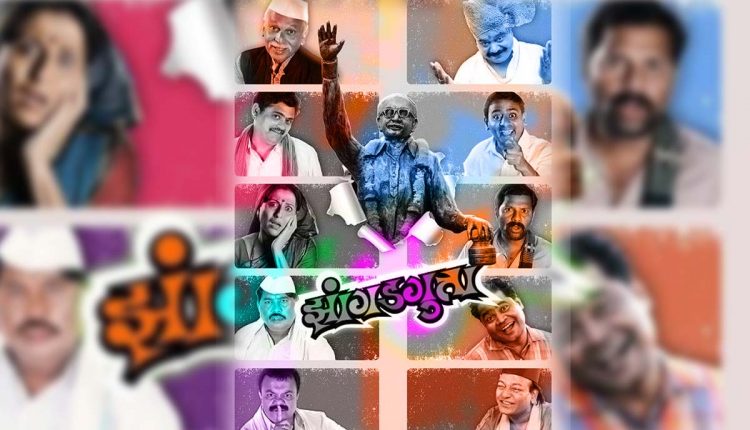 The film revolves around Anna (Jayant Savarkar)is an idealistic man, expecting his village to make progress. Together with his well-wisher, the village postman Dattu (Sanjay Khapre), he constantly tries to convince villagers to do what’s right in the corrupt political system. However, his adamant nature causes the village to lose out on the benefits of many government schemes. On the other hand, Dukre-Patil (Nagesh Bhosale) who keeps promising the villagers development of their village feels that Anna is a deterrent to his political ambitions as well as the progress of their village. However, even after securing MLA’s seat after Anna’s demise, his promises remain unfulfilled.

There is also a sub plot of a young man (Sagar Karande), who is desperate to marry, but unable to find a bride for a long time. The film has two disjointed plots. There is absolutely nothing redeeming in the film which aims to be a satire, but is over the top and the toilet humor has done nothing to elevate the comic quotient of the film. Even on the acting front, with the exception of Sanjay Khapre none of the actors have given a performance worth remembering. While Nagesh Bhosale is competent as usual, Kishori Shahane is okay.

Earlier the film Toilet: Ek Prem Katha had dealt with the issue of open defecation in India’s villages. This movie is just a satirical take on the same issue, which however Sandeep Naware as the director fails to do justice. Sadly, this one is just disjointed and outdated to the core.