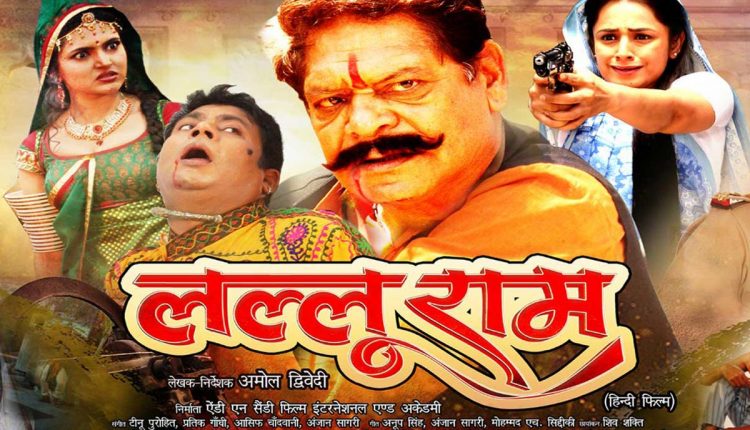 Predictable but does not bore!

The film which has a catchy title like Lalluram revolves around two loving brothers and what happens when the younger brother Lalluram, played by Newton Lukka, who is on his own merit a popular DVD star is framed in the murder of his elder brother by the village zamindar played by Mohan Joshi and Lalluram accused to have an affair with his bhabi maa by his adversaries and how he proves himself innocent and emerges victorious in the case.

Catchy and melodious Music in the film has been composed by four different music directors- Tinu Purohit, Pratik Gandhi, Asif Chandwani and Anjan Sagri. Meaningful Lyrics also have been penned by three different lyricists- Anoop Singh, Anjan Sagri and Ahmed H. Siddiqui, though there is an overdose of songs in the film.

As far as performances go, all that I can say is that though Newton Lukka looks a little bit jaded and old to play the young hero, he shows a lot of promise as an actor, though at times he resorts to dramatic overacting while Mohan Joshi has just been wasted in an inane role which is quite loud and banal. Deepak Shirke as the father of the heroine is just about okay while Payal Singh is good as the lady cop.

Though Amol Dwivedi has set out to make a musical film with a message and it is predictable to the core, to his credit, I’d say that it does not bore one at all. Editing of the otherwise tacky film leaves a lot to be desired since it goes on and on after the interval with a sloppy screenplay.

To sum up, I’d say that it is a predictable film though it is not boring at all!

Movie Review: Falsafa The Other Side