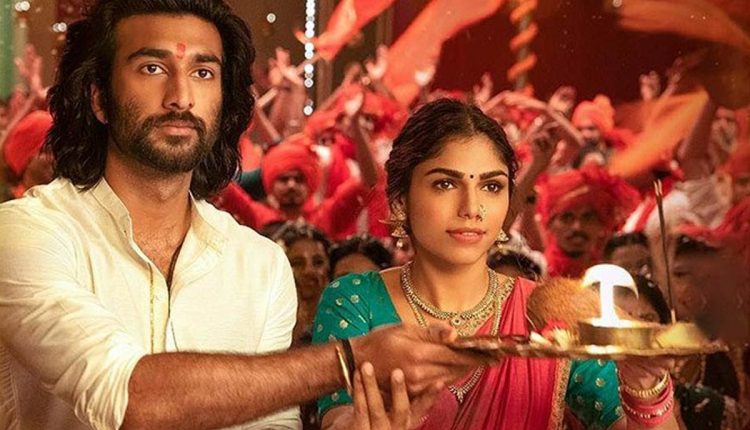 A Big Let Down!

A remake of the Tamil super hit 7 G Rainbow Colony, starring newcomer Ravi Krishna and Sonia Agarwal, released in 2004, one expected that with Mangesh Hadawale at the helm of the affairs will turn out to be a heartwarming film with the ethos of the sizzling 90’s. Alas. It is not. One wonders where on earth has Mangesh Hadawale who had directed films like Tingya and Dekh  Indian Circus (Hindi) besides producing Tapaal directed by Laxman Utekar who had recently directed Luka Chuppi.

Besides the fact that the film boasts a horrible editing, it is sad that Mangesh whose Dekh Indian Circus was not able to get a release has not been able to extract the right performance from newcomer Sharmin Sehgal though Meezan Jaffery who happens to be the grand son of comedian Jagdeep and son of actor Javed Jaffery has made a remarkable debut and poised for a brilliant future with Malaal

Yet another big minus point I the film is it’s predominantly Marathi flavor which automatically restricts the appeal of the film to just within the borders of Maharashtra. As a producer, in his eagerness to project and propel the career of his own niece, Sanjay Leela Bhansali has over looked the fact that the film was a hit in the 90’s because it was set in that era whereas now in the year 2019, when they get to see new and out of the box content like Article 15 and Badhai Ho, the audience tastes have changed for the better

The story is basically by Selvaraghavan who happens to be the elder brother of Dhanush. The love story does not even boasts of an extra ordinary screenplay which a subject like this needs. Though music by Sanjay Leela Bhansali, Shreyas Puranik and Shail Hada is good, unfortunately the film as well as the music have not been properly exploited or for that matter promoted.

With three other films crying for the attention of audience like Hume Tumse Pyaar Kitna, Marudhar Express and Day Out Justice Delivered, my guess about whether Malaal will be able to survive the onslaught at the box office after the initial opening is as good as yours, as all said and done, Malaal is a big let down from a filmmaker like Sanjay Leela Bhansali, after Saawaria.

Jai Mummy Di Review: Luv Ranjan has met the expectations of the audience

Dolittle review: the animals have made the film more entertaining