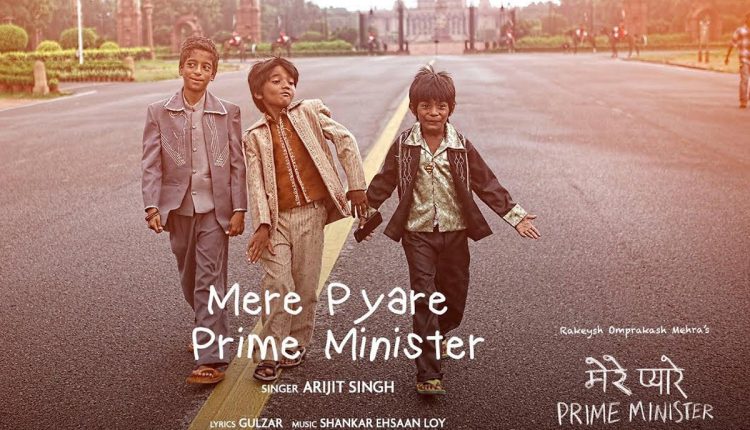 A film minus sting!

It’s about a spunky child, Kannu (Om Kanojiya), who routinely defecates outdoors. Kannu’s mother, played by Anjali Patil, is assaulted during her ablutions, that too by a depraved cop. Her son’s reaction is to try and build a toilet for his mother, but when a torrential rain uproots the make shift toilet, his quest that takes him to the Prime Minister’s office at Course Road,  to Delhi from Mumbai, with his motley crew Ringtone (Adarsh Bharti) and Nirala (Prasad), to hand deliver the letter to the PM.As far as performances go, Anjali Patil proves that she is a scene stealer and lives her role as the helpless young mother of a 7 year old slum kid with effortless ease. Atul Kulkarni gives a restrained performance as a bureaucrat in the P M’s office while Om Kanojiya as the kid is superb. Makrand Deshpande does a half baked role.

The film sets out to highlight the trials and travails of women when it comes to getting a place to defecate and shows us the dangers lurking in the form of potential rapists. The director takes a sensitive subject but at times goes overboard by showing the precocious kids selling condoms in the neighborhood.Though it is really commendable that the filmmaker who had earlier churned out flicks like Aks, Rang De Basanti and Delhi 6 focuses on the story instead which elevates the film from being a propaganda machine, at the same time, the weakest part of the film also seems to be the story, especially since it tries to pack in everything from hashish to rape to AIDS tests at the local clinic.

Unfortunately for Rakeysh Om Prakash Mehra, among all the four release this week. This is the only film which hit rock bottom as far as collections is concerned having grossed just 28 lakhs in the week-end whereas Photograph grossed 95 lakhs. To sum up, it is a film which has lost its sting because it has come up long after Toilet Ek Prem Katha spoke about the problems of women almost a year ago