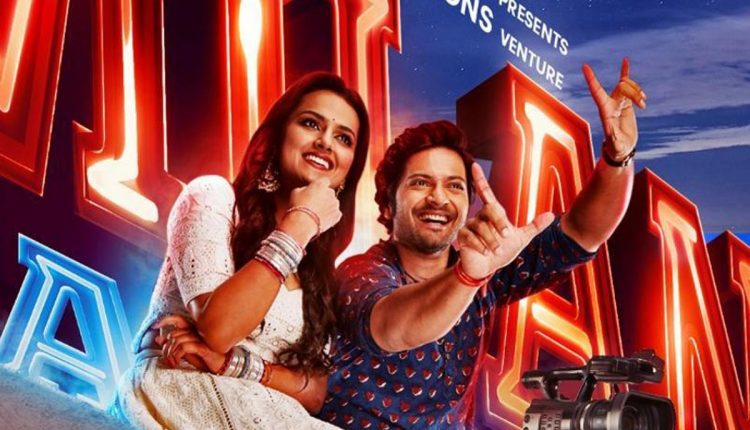 Written by Dhulia and Kamal Pandey, the film begins with a terrific tempo when a wannabe director jumps in gusto to mimic the dialogues of Dilip Kumar and Prithiviraj Kapoor backlit by the mobile phone in an Allahabad theatre called Milan Talkies when the load shedding takes place. It is an endearing tale of a film-within-a-film set-up , where the protagonist Anirudh aka Anu (Ali Fazal )  is shooting his dream project in the by lanes of Allahabad with money borrowed from his mother and often supplemented by helping weak students cheat in their examinations. Anu’s life changes completely when he meets Maithili (Shraddha Srinath), whose father (Ashutosh Rana) hires Anu to help her clear her exams.

Unfortunately the film loses its tempo half way through its making and the film’s execution is nowhere close to its ambitious ideas. With a clunky screenplay and a tedious runtime of 2 hours and 20 minutes, Milan Talkies feels like a drag and is not even close to Tigmanshu Dhulia’s earlier masterpieces like Charas or Pan Singh Tomar. As an actor, Tigmanshu leaves a lot to be desired by clinging to a flamboyant role as the father of Ali Fazal which a Pankaj Tripathy had done in Luka Chupi

What’s more, the film is quite a bit regressive too, what with Maithili’s drunkard local goonda Guru Panda (Sikandar Kher) who forcibly marries Maithili pouring an entire bottle of whisky on his wife’s head when she berates him for smelling of liquor after they are engaged. While Ali Fazal is in sync with his character, Shraddha Srinath who resembles Marathi actress Neha Mahajan 100% is a delight in herself, Sikandar Kher just hams. Veteran actors like Ashutosh Rana, Sanjay Mishra etc are wasted copiously in inane roles while Reecha Singh, who once showed promise as a heroine material in the producer’s earlier film Dongri Ka Raja has a lack lustrous presence. On the flipside, the film has far too many hyping of in house medical products of the drugs manufacturing producer