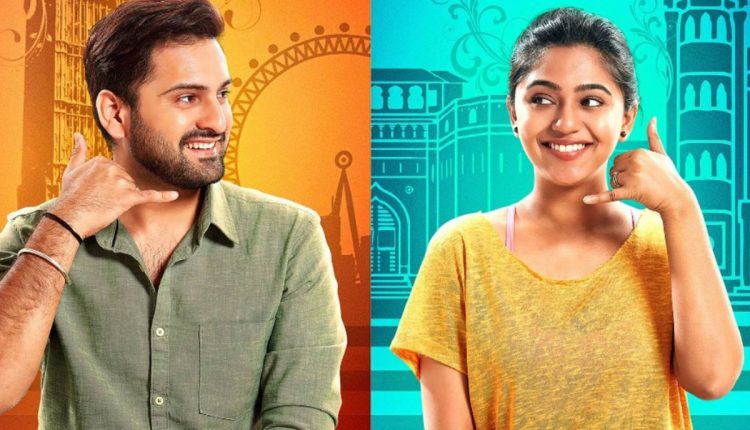 The story revolves around a newly married girl Kaveri (Mrunmayee Deshpande) and her husband Varun (Siddharth Chandekar) and how their long distance relationship struggles to find its own footing, when both of them start having teething troubles in their marriage. Varun (Chandekar) as he is leaving for London on an 18-month long assignment while his wife Kaveri (Deshpande) is sad but determined to make it work. He has apparently taken up the job in London to save money to start his new business. After he leaves for London, Kaveri continues to stay with her in laws till Varun returns. The long distance relationship takes a toll on the newlyweds. At the end of 6 months, Varun comes back but the relationship has changed. Matters come to a head, when Varun reveals he has taken another 6 months extension in London and Kaveri walks out of the house. Varun struggles to juggle with his professional as well as personal life to save the marriage.

While Varun tries to adjust in the new atmosphere and handles his own problems, it is Kaveri who even though being around her people and being at home feels lonely and starts facing the brunt of this mutual decision. The long distance starts taking a toll on Kaveri and Varun’s relationship slowly and gradually. The premise itself is very illogical in today’s times when there is Skype and the long distance can easily be bridged and you wonder why Kaveri is angry with Varun. Though the film does have a heartwarming story of a couple who are in love with each other, the director Sameer Hemant Joshi is handicapped by his own story since he has written not only the story but also the screenplay as well as the dialogues. For example, we are not told what job Varun is in and also the arrival of the counselor is not really explained and Hrishikesh Joshi has been wasted in an inane role.

Though their roles are not defined properly, Siddharth Chandekar and Mruunmayee Deshpande have acted well. Savita Prabhune and Rajan Bhise do justice to their parts while Avinash Narkar is good. The screenplay leaves a lot to be desired and the plot picks up only after the interval. The editing ought to have been slicker and the film trimmed by at least 20 minutes in order to hold the interest of the viewers.

On the while, the film which also reminds you of the award-winning Spanish romantic film 10,000 Kilometers directed by Carlos Marques-Marcet and starring Natalia Tena and David Verdaguer who play a couple trying to make their relationship work, while one lives in Barcelona and the other in Los Angeles, is just a onetime watch.