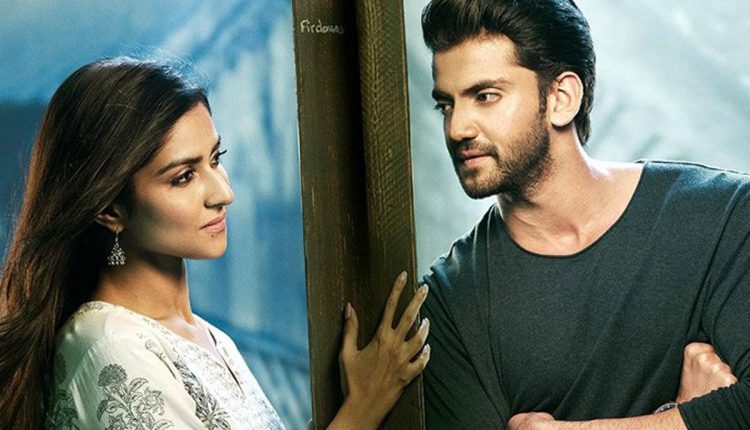 The film revolves around a former army officer who takes a job as a teacher at a remote school in Kashmir, hoping for a change. When he discovers a notebook from the previous instructor, he soon finds himself falling in love with a woman he has never met. Kabir Kaul (Zaheer Iqbal) is a displaced Kashmiri Pandit who returns to his roots, and to a school his father once established. A misfit anywhere but in Kashmir – his home, Kabir is a replacement for Firdaus (Pranutan Bahl) who left the post at the school a while back.

Inspired by the Thai film, My Teacher’s Diary, the film begins well but starts slackening in pace. It also reminds you of the good old Sanjay Kapoor- Priya Gill film Sirf Tum which also set out to tackle a similar issue about two people falling in love with each other after just reading a letter sent by one to another. The movie takes an inordinate time to set things up. The young couple doesn’t meet until the climactic portions of the film and once the high-drama kicks in it feels too little, too late. The writing by Darab Farooqi, Payal Ashar and Sharib Hashmi manages to sneak in social themes around the Kashmiri youth, but, neither the screenplay nor the dialogues are able to heighten the drama to requisite levels.

The highlights of ‘Notebook’ are the cinematography by Manoj Kumar Khatoi who vividly captures the scenic locales of Kashmir and the first rate performances by both Zaheer Iqbal and Pranutan Bahl. Kudos to director Nitin Kakkar, who had given us meaningful films like Filmistaan and Mitron. The music by composer Vishal Mishra is pleasing and the songs are not only catchy and soothing but also linger for a long time after you listen to them for the first time.

To sum up, Notebook is the kind of film that deserves to be watched for its pristine purity and the message that it sets out to preach in today’s times of adversity