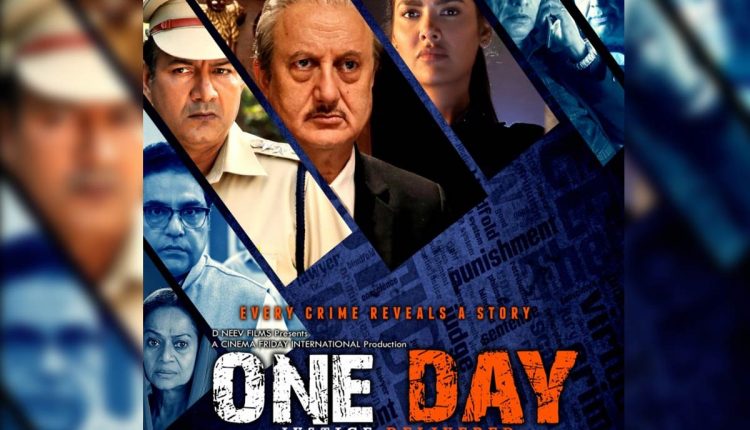 It’s about a retired Judge Tyagi (Anupam Kher) who is forced to take law into his own hands in order to ensure that justice is served after he himself had acquitted the criminals because there is no onus of proof against the powerful guys who perpetrate the crime and embarks on a mission to extract confessions from the very same criminals, who he had himself acquitted. After the local cops fail to deliver, ACP Laxmi Rathi (Esha Gupta) from the crime branch is brought in by the Commissioner to resolve the mystery of the missing persons on her own. The film is about whether the touch lady cop will be able to accomplish her missions or face disappointment?

Though the overall story is quite intriguing and the unusual premise is brilliant, the first half is sloppy and disjointed as well, with item numbers thrown in at random. The second half, however, picks up the missing pace and makes it a riveting and interesting watch and makes you sit on the edge of your seat. Esha Gupta impresses as a tough cop who is especially roped in Ranchi to investigate this case but her introduction scene in the film makes you hilarious as you see her in a thigh-high slit red dress, and plum red lips dancing away seductively in a seedy Kolkata nightclub as an undercover act to nab a bad guy drinking in the same club! And you also wonder why the officer keeps on addressing the senior cop as chacha all the time and also why the police force is seen with long hair which is not actually allowed in the force

To their credit, both Anupam Kher and Kumud Mishra deliver a decent performance and rise above their roles, while other actors like Murali Sharma, Deepshikha Nagpal, Zakir Hussain and Ananth Mahadevan have been wasted in inane roles that do not at all befit them in the first place. Zarina Wahab impresses in a brief role, as the grief stricken mother who slaps Tyagi for being sold out to doctors whose greed results in her son’s death. I am flummoxed why on earth Parikshat Sahani and Rajesh Sharma have been a part of this film.

All said and done, despite some flaws, the film is a taut, riveting and thought provoking film, especially when you compared it with the other two releases this week-Marudhar Express and Hume Tumse Pyar Kitna.

Sonakshi Sinha Reminisces Lootera, As She Completes 9 Years In Bollywood And The Film Completes 6 Years