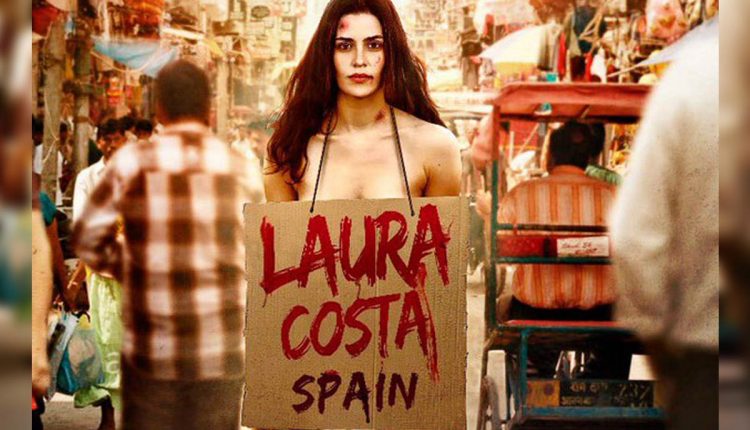 If you do not mind watching a riveting crime thriller which also abounds with raw edge performances, then make a bee line to the theatre showing the film Paharganj. That is provided you do not mind watching raw newcomers enacting roles which fit them perfectly. Basically the tale is a simple one about a foreign woman Laura Costa, who flies all the way to India in search of her missing lover Robert. The film sets out to capture the essence including the dirt and squalor of the crowded lanes of Paharganj in Delhi where crime and drug peddling flourish.

You name it and you have it in the film. The film is also about a young slum boy who is ready to peddle drugs for a living. When the protagonist saves his from death not just once but twice, he literally pledges his life to him and even sets out to assassinate with impunity the guy who puts him in trouble. There after a lot of miracle God men masquerading all through the film, who preach something and practice something. One such God man , who actually is a drug lord stealthily ,even rapes the woman who seeks him for finding out her lover and when she goes to complain to the cop, the guy who is seen flirting with a female cop, even refuses to file an FIR and shoos her away.

The Spanish actress Lorena Franco plays the character of the woman Laura Costa who is in search of her missing lover with aplomb, while Bijesh Jayarajan scores with is expressive act. What attracts one about the film is the intelligent manner in which the screenplay has been structured not boring you even for a moment. The director deserves praises for extracting fine performances from almost all the actors in the film, without resorting to vulgarity, especially in the two rape sequences in the film. The USP of the film is that it is without any Bollywood clichés and glitches like typical fight sequences, duets, hero centric dialogues and loud drama. To sum up, it is a film worth watching but only if it runs in theaters after the first show since it has no entertainment quotient or for that matter known face at all.

The Girls On The Go To Get There…