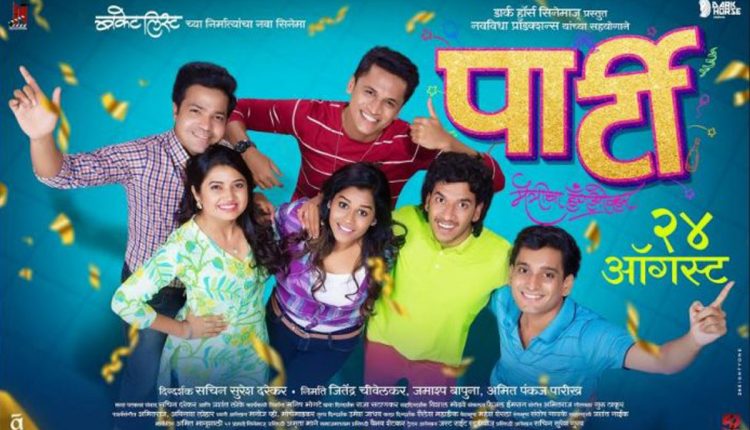 The movie goes on to trace the lives of these four thick friends Chakrya (Akshay Tanksale), Manya (Rohit Haldikar), Sumit (Stavan Shinde) and Omi (Suvrat Joshi) who are willing to go to any lengths to help each other. How their lives take a turn for the worse because of drinking, clubbed with the tensions of growing up is what the crux of the film is all about.

Wrapped with humorous content and witty dialogues,it is one film that is a thought-provoking new-age drama with a message that both the youth and parents of today will be easily able to relate to.  A decade later the four friends unite and take stock of their lives. The fun and games are obviously over and their lives have taken an upward swing except for Devdas-like Omi (Suvrat Joshi) whose tragic entanglement with a girl implicated in a financial scam leaves him distressed and heart-broken and he ends up as an alcoholic who goes downhill.

The best thing about the movie is that it has an old-school heart and a modern outlook and this contrast works very well and manages to create nostalgia among the viewers. Prajakta Mali stands out with her well nuances character and leaves a mark with her performance. Akshay Taksale is at ease in front of the camera and portrays a variety of emotions effortlessly. Manjiri Vijay Pupala hardly impresses.

To sum up, Party lacks novelty and is nothing but old wine in bottle and reminds you of Dil Chahtha Hai