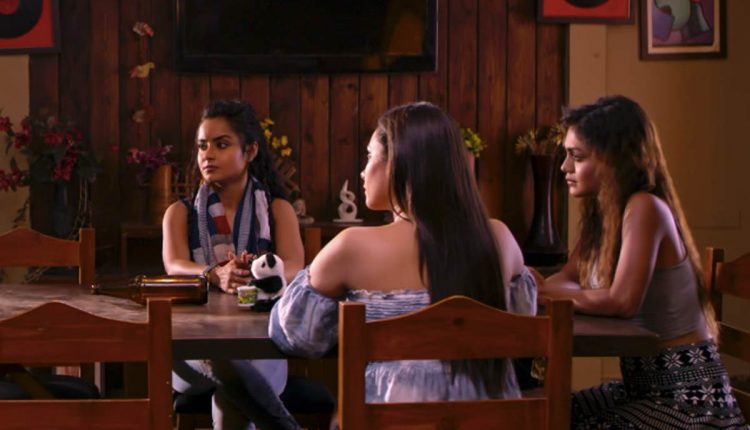 Insane Plot with an abrupt ending!

It Is About Three young and highly disturbed medical students – Honey (Sreejita De),Ayesha (Megha Sharma) and Meera (Ishita Ganguly)who trap a young house broker called Jatin (Rahulganesh Thulsiram), in their rented apartment for days before he finally manages to sneak out of their house of horrors. Inside the house, the girls assault and torture the helpless guy and end up raping him at one point. It’s an outrageous thriller about sexuality, freedom of individual choice in a hypocritical society in which we live in. It is a fictitious story based on a true incident which happened recently in India.

Just as you wonder what on earth is prodding the girls to behave abnormally, you realize that the girls are into the darker side of pornography, there is also the personality disorder theory faced by the girls that you are forced to fall for. It is nothing but a series of bizarre scenes, put together in a random non linear order, and presented with sheer outlandishness without any logic whatsoever. The film is not only under budget but also too tacky for comfort with its shaky camerawork and offbeat song-and-dance sequences with no reasonable explanation for any of it. It is a pity that a out of the box narrative has been done to death because of lack of creative juices in the hands of an amateurish director who is forced to direct the producer of the film who has donned the hat of the protagonist. As far as performances go, almost each and every member of the cast goes through the expressions of a moron wondering what on earth are they doing what they are doing.

To sum up, it is a film which does not deserve a viewing and is guaranteed to flummox and confound you. Avoid it with a barge pole.

After Priyanka Chopra, Dhanush Conquers The International Market With Fakir!