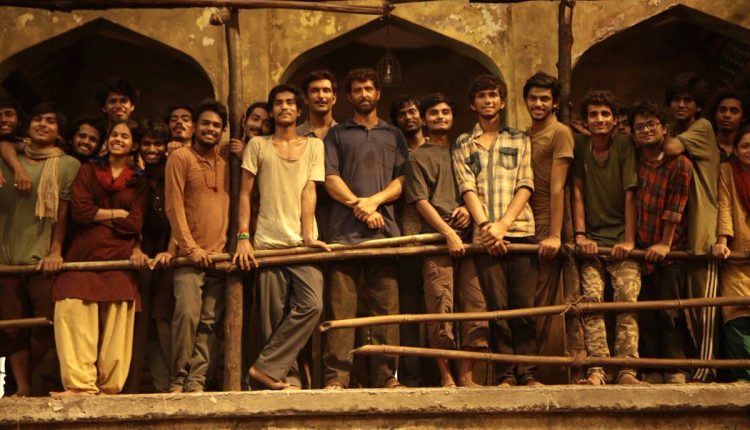 A film with its soul in the right place!

After a prolonged hiatus of more than two years, Hrithik Roshan is seen making a comeback on a big screen, with Super 30. The film begins with a flashback scene, with the story rewinding to 1996 where it all started. Anand (Hrithik Roshan), a brilliant student, gets thrown out from a college library just because he isn’t a student. This hurts and inspires him at the same time, which leads to getting him selected for Cambridge.

The plot is small and touchingly heartwarming but the film is long winding and goes on and on without any respite. We are told that a local coaching owner (Aditya Shrivastava) picks him up and offers a job as a teacher. But, Anand decides to quit his job with a fat pay packet and starts to teach a group of 30 poor students, that too for free to prepare for IIT’s entrance exam. How he dodges the obstacles created by the cunning Education Minister (Pankaj Tripathy) and coaching class owner and reach till the finish line is what the story is all about.

Hrithik Roshan is brilliant and this will do for him what Chak De India did for Shah Rukh more than a decade ago. He eschews hero-giri and gets into the skin of the character like a chameleon and impresses you with his dedication. There is no mandatory romantic due for him and the girl he loves (Mrinal Thakur) and there is no customary fight sequence with the goondas and what’s more there is even no designer clothes for the character that he wears. Though Mrinal Thakur has a very brief minuscule role, she scores with her histrionics but the credit for superlative performances ought to go to Virendra Saxena who plays Anand’s father and Aditya Shrivastava. Unfortunately Nandish Singh has been wasted in the role of Hrithik’s brother, though he has a strong screen presence but Pankaj Tripathi is a delight to watch. The best part of the film is that it has its soul in the right place and makes you feel for the protagonist and root for the underdog.

The minus point of the film is that it is unduly long and Srikar Prasad could have easily edited it by chopping off at least half an hour of the proceedings on, as it tends to end up like a preaching documentary but Vikas Bahl who has proved that he is a good filmmaker with films like Queen and Chillar Party earlier does not let the tempo go astray. Besides Hrithik Rosdhan, the other stars who save the film from becoming drab are Anay Goswami whose cinematography is of first rate and music director duo Ajay –Atul who score with their indigenous ‘desi’ opera during the heavy-on-heart scenes.

On the whole, the film is a heartwarming winner which will score big time with word of mouth

Did Sanjeev Kumar Die Because Of His Reckless Lifestyle????

Jai Mummy Di Review: Luv Ranjan has met the expectations of the audience

Dolittle review: the animals have made the film more entertaining

Tanhaji review:The film is as strong as was expected

Chhapak Review – One Hour Story Has Been Forced