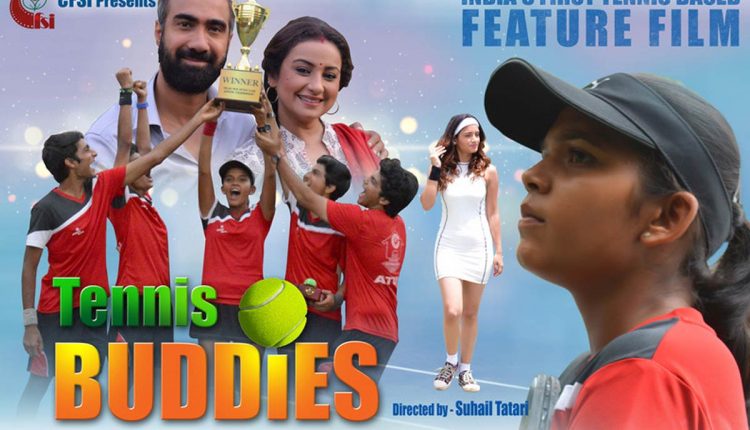 A One Time Watch!

ho’s overtly ambitious yet cynical father Dilip poses as hurdle on her way to becoming a tennis sensation. Ayushi Singh is game to break out of her shackles and play the tournament for the local club, but her father is adamant that she should not. That literally causes an estrangement and the mother-daughter hope against hope that Dilip will let his daughter play the championship match – thus paving the way for a happy reconciliation.

Ranvir Shorey’s portrayal of a stern Faridabad based, venom-spitting father is apt to the T, and rendering some equally moving scenes and sequences is the expressive mother, who is torn between her strict temperamental husband and daughter (Divya Dutta). However, the central character – played by young real life tennis player Dakshata Patel, though in terms of the technicalities pertaining to tennis is good and not the craft of acting, you should give her the credit for having tried to act. Suhail Tatari steers the film deftly eliciting a lot of emotional upheaval in the process. Maj Bikramjeet Singh is okay as Ganda which is a half baked character

On the whole, Tennis Buiddies is an oft told tale which lacks novelty of any kind  but is a tribute to competitive sportsmanship spirit  and deserves to be watched at least once