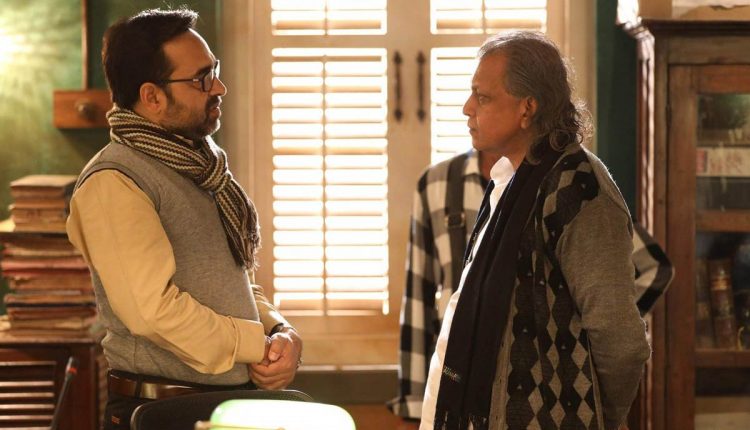 The film is based on the mysterious death of India’s second Prime Minister, Lal Bahadur Shastri in Russia when he had gone there to sign a treaty Tashkent Agreement after the war with Pakistan but died hours later. The death mystery remains unsolved to date. Was it a heart attack or poison? The truth of the biggest cover up has been denied to his family and us. Immediately after his death, the family members of Shastri had even officially requested a post-mortem to the then acting Prime Minister Gulzarilal Nanda, but to no avail. This issue has already been raised in Parliament for the last 50 years and yet, we are yet to stumble upon out the actual truth. It is to the credit of director Vivek Agnihotri to have picked up the gauntlet and made an attempt to file RTI after RTI and set out to unravel the truth through his film.

The film revolves around a young and ambitious journalist Ragini (Shweta Basu Prasad) who receives an anonymous tip about a scoop behind India’s ex-Prime Minister Lal Bahadur Shastri’s mysterious death in Tashkent. She publishes a story in the newspaper, which leads to an official committee being set up by the government to investigate the 53-year-old case, which is mired in mystery till date.

While Shweta Basu Prasad steals the show with her full fledged role as a newbie journalist Ragini, who finds herself in the quagmire of political upheavals thanks to her knack of unraveling stories, It must be mentioned that each and every actor, whether it is seasoned actors like Mithun Charkraborty as Shyam Sunder Tripathi and Naseeruddin Shah as the hard core master brain poilitician PKR Natarajan or Mandira Bedi and Pankaj Tripathi or Vinay Pathak or newbie’s like Prashant Gupta, each and every one has lived his role though the proceedings at times tend to bore you with its monotony

Vivek Agnihotri and his team deserve a lot of accolades for the comprehensive research they have done for the film, but on the flipside, the film is nothing but a setup borrowed from films like 12 Angry Men, Ek Ruka Huwa Faisla etc. Though there is lack of novelty in the proceedings, the director manages to keep you engrossed with his narrative prowess.

Confusion Erupts Due To The Name-Game For Imran Khan