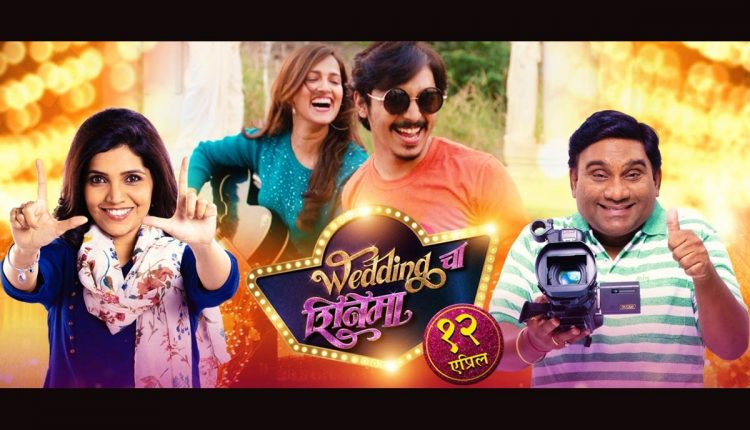 Urvi (Mukta Barve), who aspires to be a Mumbai based film director and wants to make it big, is reluctantly assigned the job to direct pre wedding and wedding festivities in a small town, in Western Maharashtra. The story travels through the fun and joyous pre wedding shoot till the ’much in love’ couple, that is Shivraj Waichal (Prakash Sahane) and Pari Inamdar (Rucha Inamdar) realize the compromises and adjustments that would automatically come along with the wedding. What follows is confusion and chaos sprinkled with the right emotional highs and lows, amidst the hectic preparations for the wedding.

Pari (Rucha Inamdar) is interning at a hospital in Saswad, where a chance meeting with the shy Prakash (Shivraj Waichal) at his own mobile phone shop sparks a very quick romance. As the love-struck Prakash gathers the village folk to make Dr Pari’s blood donation drive a success, they fall in love and in no time, the bold Pari proposes to him and hey presto they are ready to marry as both are from a rich family. The drama takes a turn when Pari insists on shooting a unique and elaborate pre-wedding film.

To the point of being a fairy tale, all the characters in the film are simple, genuine and without malice and there is no villain at all. It’s intriguing to see, whether the big city director learns from the people who live in the small towns or vice versa. In short, Weddingcha Shinema can be called a light hearted family movie, depicting how interpersonal relationships are perceived by people living in metros and big cities compared to those in smaller places and yet, what makes the film apart are the core values and emotions of caring, sacrifice, love and affection remain universal.

New comer Rucha Inamdar is effervescent, and her screen presence is very assuring. She is a newcomer worth watching out for while Shivraj Waichal gets into the skin of his character effortlessly. Shivji Satam excels in a role which does not require him flex his eye brows. Equally good are Alka Kubal, Sunil Barve and Ashwini Kalshekar. Dr Saleel  Kulkarni makes a smooth debut as not only a director but also a music director with the film which is watchable and will appeal to the families with its feel good content.

It is ironical that though Urvi in the film is a director who does not like to direct the typical feel good happy happy films, Weddingcha Shinema is exactly that- a feel good family entertainer