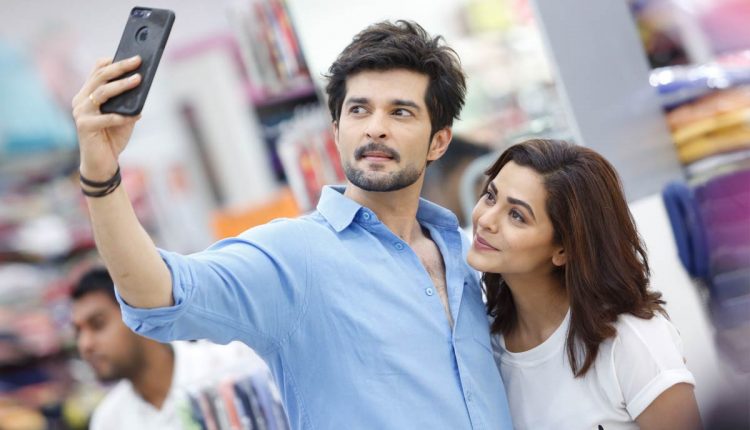 The film, ostensibly a rehash of The Shop Around The Corner (1940) and You’ve Got Mail (1998) shows whatsapp as the only means of communication and sets out to show only one side of the story until the revelation though if you are a seasoned filmgoer, you can easily predict what is in store in the climax.

Aditya Deshmukh (Raqesh Bapat) and Anagha Deshmukh (Anuja Sathe) are happily married. Aditya works in a big firm while Anagha is a homemaker. On their second anniversary, Anagha is very upset when her friend warns her about how happily married couples also engage in extramarital affairs, when Rucha (Pallavi Shetty), daughter of Aditya’s boss, joins the office as MD and Aditya starts receiving flirtatious WhatsApp messages from an unknown woman.

The film has its basic foundation on a false and illogical note and you wonder what on earth prompts a rich happily married man like Aditya to stray towards a woman who he has not even met just on the basis of the whatsapp messages that he gets regularly and when you know who is the person whom is sending him the message, you are not stumped but are unable to digest the revelation and the story falls flat and the director is handicapped by his own story which is predictable

As far as performances go, while Anuja Sathye Gokhale is reasonably good, Raqesh Bapat falters miserably as an actor and fails to equip his role with the shades that are necessary to carry forward his character. Pallavi Shetty fails to deliver the goods.  Sareh Far plays the secret foreign admirer as Aditya imagines her but fails to emote and what’s more does not even have any dialogue to mouth. Anup Chowdhary has an ill conceived and half baked role, which does not give him scope to show his talent. Ajita Kale fails as a dialogue writer as well as screenplay writer and fails to give justice to the story by Hemant Kumar Mahale and the film starts its downward slope after the interval with the proceedings lading you nowhere

To sum up, I’d say that the only two redeeming factors of the film which is excruciating and predictable are first rate cinematography by Suresh Suvarna and music by Nitin Shankar especially the two songs in Hindi are soothingly melodious though they do not blend seamlessly with the situations in the film. With Super 30 and the sex comedy Takatak still running in the third week with increased number of theatres, to compete with it, the chances for the film to score at the box office look very bleak, though in the interiors it may run

“I Think Age Is Surely A Number”- Kunal Thakur