As one more desultory day of the lockdown comes to an end and the mind is full of uncertainty about the future, my mind suddenly brightens up when I happen to see the first trailer of “Gulabo Sitaabo”, the eagerly awaited film with Amitabh Bachchan and Ayushmaan Khurrana in staller roles and directed by Shoojit Sircar who has earlier made films like “Vicky Donor”, “Pink”,”Piku” and “October” .The more I see Amitabh as the old man in the film, the more I am forced to wonder if this is the same Amitabh who had kicked the chair in a police station in “Zanjeer” and had shot to superstardom, the Amitabh who was the angry young man for three decades and who even played some of the most romantic roles with actresses like Rekha, Raakhee and his wife Jaya in their early films and even modern heroines like Zeenat Aman and Parveen Babi among others….

It was a similar night when I was sitting with Amitabh in those distant and glorious days. He was talking about his future plans and had said that he would love to keep working as an actor till he was eighty and even after and even if he had to play a junior artiste ,who had to just stand in a crowd for be a part of a party scene. It was a good thought for a great actor, but I don’t think he knew and I certainly didn’t know that he would be leading himself to play the kind of roles he has played in films like” Baghbaan”, “The Last Lear “, “Black “,the films of Shoojit Sircar and the film he did with his friend Rishi Kapoor ,”102 Not Out “in which Amitabh played the father of a seventy-four-year old son played by Rishi.

And now comes what I feel is the most difficult character he has played as an old man who has endless problems with a young man over some property matter.The scenes I have seen in the trailer have left me with a crowd of questions about Amitabh’s character, the answers to which I hope to find on June 12 when “Gulaabo Sitaabo” has its world premiere on Amazon Prime Video.Could Amitabh ever imagined that a major film of his would have a premiere on a platform like this ? 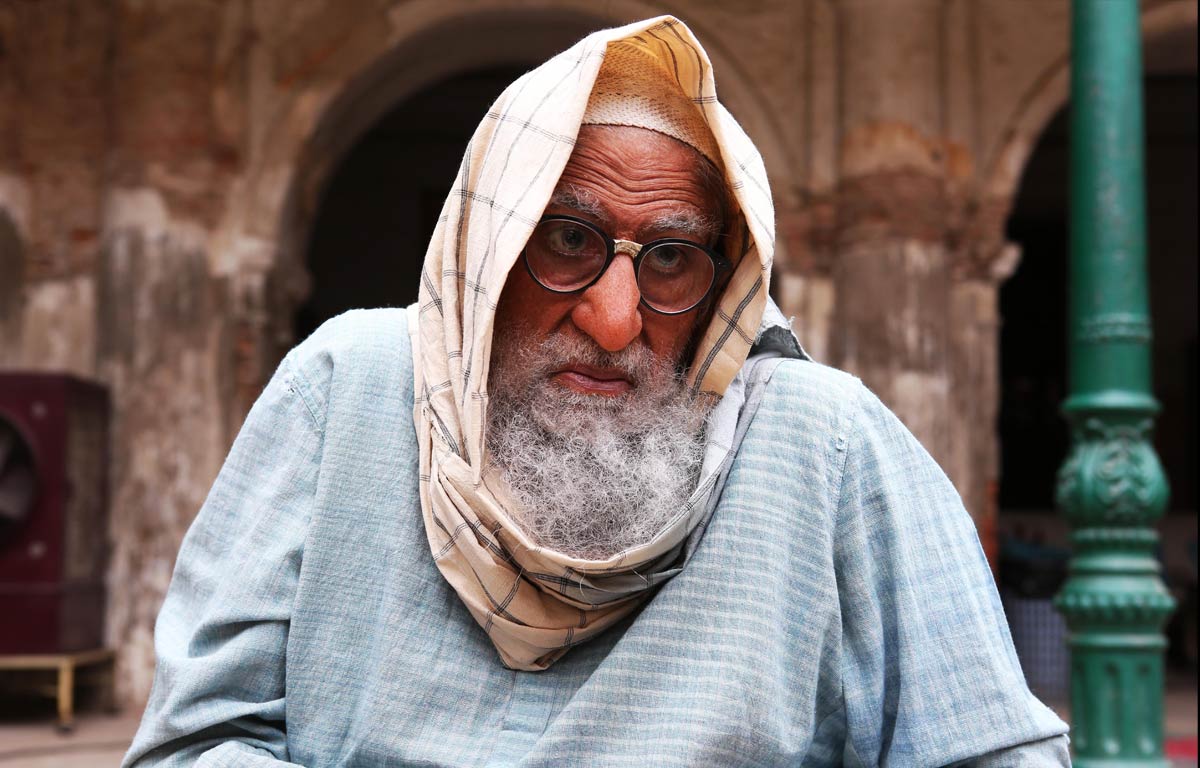 There are three more major releases in which Amitabh is playing characters that he has never played before. There is Rumi Jaffrey’s “chehre”with Emran Hashmi in a key role, there is “Jhund”directed by Nagraj Manjule ,the director of “Sairaat “and then there is Ayaan Mukherjee’s “Brahmastra “with Ranbir Kapoor and Alia Bhatt teamed up for the first time. There is also a Marathi film called “AB CD “with the seventy five year old Marathi actor Vikram Gokhale .

And I know that Amitabh even at this age is offered more roles than any of the Khans or Kumars. It will have to be seen what decisions the star of the millennium who will be eighty in another two years will take and make a difference to Indian Cinema…..

And if I was a writer like Juhi Chatturvedi who had written the scripts of “Piku”and now “Gulaabo Sitaabo “and others, I would have told the story about how one of the greatest actors of India and even the world would one day be a very old man and would be found standing in a crowd of junior artiste and waiting for his lunch and standing in a queue for his wage he has earned for the day and then go to the nearest country liquor bar with his fellow junior artistes and tell them stories about his days of glory and they would not believe him and say, “saala budha fekta hai”and after having another quarter of “naarangi”would scream , “buddha hoga tera baap “and so the story about a legend turning a part of a crowd scene would continue.And if there is one wish I have to live for a little longer, it would be to see the man who I have seen growing into a living legend, it would be to him play a part of a crowd in a film that would star the grand son of his friend, Rishi Kapoor !

WHEN AMITABH BROUGHT BACK RAHUL GANDHI IN HIS LAP…..

Anyone who knows anything about public life will know about the close association between the Gandhi family and the Bachchans. Amitabh Bachchan and Rajiv Gandhi with his elder brother Sanjay were friends who had grown up together….

Sanjay Gandhi was closer to Amitabh who had once said that Sanjay was the man fit to be a leader and not Rajiv.
Amitabh had the harrowing experience of seeing both Sanjay and Rajiv dying ghastly deaths….

Rajiv was assassinated in Sriperumbudur in Chennai. The little Rahul the son of Rajiv was abroad. The Gandhi family had requested Amitabh to bring Rahul home for his father’s funeral Amitabh was on a flight with Rahul in his lap when an Internationally known photographer who couldn’t resist taking a photograph of Amitabh with the little Rahul tried to take a picture and Amitabh politely asked the photographer, “why don’t you allow the child who have his moment of grief and please leave him alone “? The photographer quietly went back to his seat. And look at where Amitabh Bachchan is today and where Rahul Gandhi is, a clear case of a young politician taken lightly by the BJP which is in power and millions of others who have realized is worth as a leader during this Pandemic and are even seeing him as the leader of the future.

JAVED SIDDIQUI—- BOOKS WILL NEVER FIND A LOVER LIKE HIM