The Comedy drama Munnabhai M.B.B.S was directed by Rajkumar Hirani which went on to win the 2004 National Fim Award for Best Popular Film, and several Filmfare Awards, including the Critics Award for Best Movie and Best Screenplay. At the box office, it achieved a silver jubilee status (25-week run) being one of only eight films to have achieved this status since the year 2000. And its sequel Munnabhai 3 is also one of the most awaited projects from this talented director. 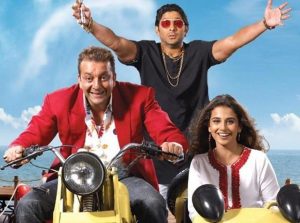 When asked about the same, Rajkumar said, “We (Hirani and writer Abhijat Joshi) wanted to do the third Munna Bhai film and even wrote a lot of it, but we were not able to match the script with the first two. Now, I have found something, though we still have to write it.” 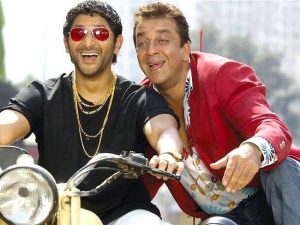 Hirani was also asked about his upcoming biopic movie Sanju that whether he was destined to make Sanju  because he directed the actor in Munnabhai. To which the director replied, “I got to know Sanju because of ­Munna Bhai, but as I told you earlier, I was never among his close friends. I knew him as much as the rest of the world did. He never led me into his darkest secrets. Even if I had not done the three films with him, I would still have been fascinated by his story and made a film on his life. Knowing him gave me that opportunity. As I told you, as a filmma­ker, I am always greedy for content and can go anywhere for it.”

Sanju will hit the theatres on June 29.

SUSHMITA REVEALS SHOCKING INCIDENT OF SEXUAL ASSAULT BY A TEENAGER

Urvashi Rautela taking over the internet with her killer move, Check it out