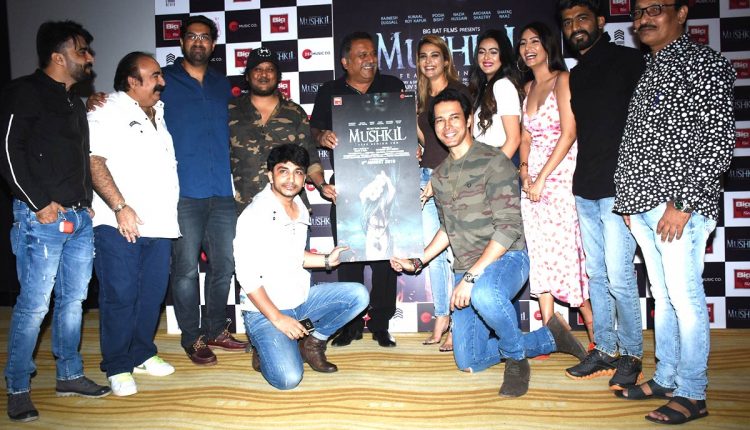 Directed by Rajiv S Ruia and produced by Ravinder Jeet Dariya under the banner Big Bat Films, Mushkil – Fear Behind You is the story of four friends who end up at a forbidden castle!

Says producer Ravinder Jeet Dariya, “Mushkil is a no-expense spared effort! We have shot the film across Greece, Europe and Benares. Director Rajiv S Ruia and the cast have done an amazing job.”

Speaking about the movie, Rajniesh Duggall adds, “The character is very intriguing; the canvas colourful! When the story was narrated to me, I was immediately hooked on.”

Avers Kunaal Roy Kapur, “Mushkil has given me the chance to perform in songs – an experience I have never had and may be never will. I loved every moment of it.”

Director Rajiv S Ruia expresses, “Mushkil is a blend of the old school and the modern world through the eyes of the protagonists. Its USP is the strength of performance by the actors, the VFX, the haunting melodies, the mellifluous vocals and, of course, our producer who stands by us at all times.”

Do watch out for Mushkil – Fear Behind You which is all set for nationwide release on 9th August, 2019.