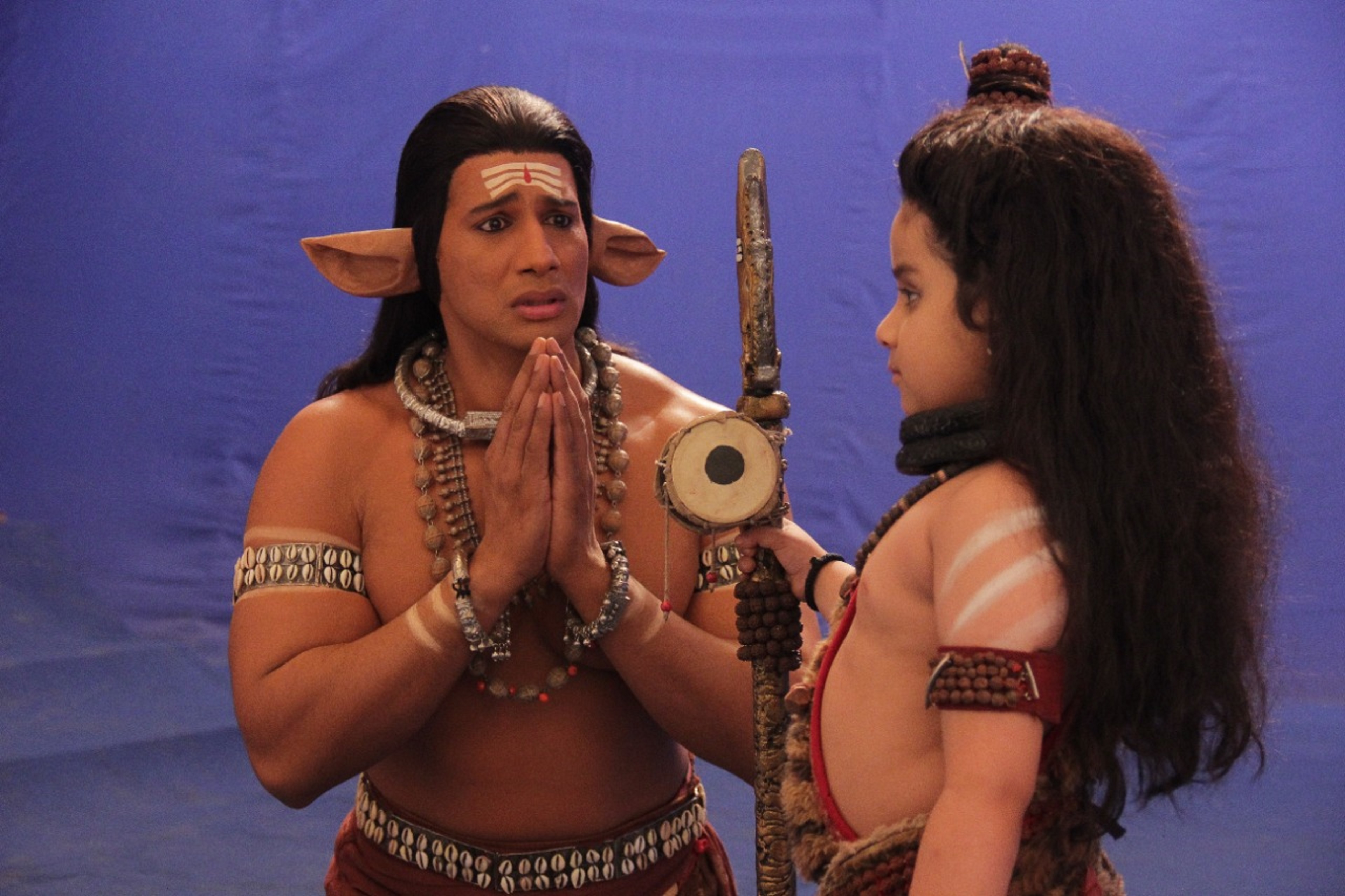 About &TV’s Baal Shiv track, Devi Parvati shares, “Baal Shiv and Tridevi are on their way to the Ekambreshwar temple when Tarkasur (Kapil Nirmal) attacks them for Prithvi Mani.

Although Baal Shiv stops the attack with his trident, Ajamukhi (Srashti Maheshwari) flees, taking Mani with her, leaving Baal Shiv and Tridevi shocked. Narad (Praneet Bhatt) narrates the story of the Arunachaleshwar Temple to Baal Shiv, and this time, Tarkasur attacks Agni, in which some devotees get stuck in the fire. 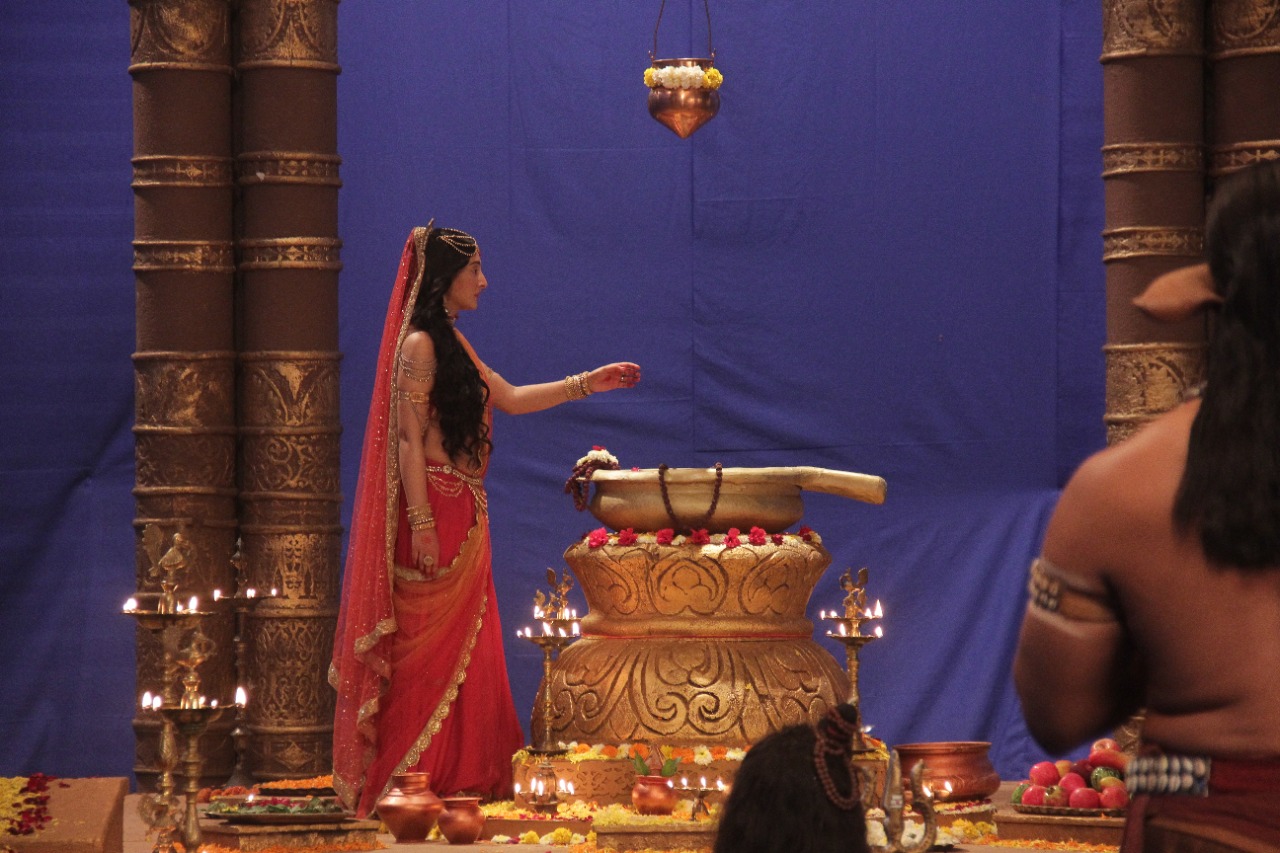 Meanwhile, the second Shakti Mani emerges, and Ajamukhi reaches out to take it. To stop her from doing so, Devi Parvati moves toward her but stops to help the devotees trapped in the fire. Ajamukhi vanishes once more, carrying Shakti Mani with her.

Tarkasur sees a third Shakti Mani emerging from the Jumbukeshwar temple through the mayavi darpan and sends Ajamukhi to take that Mani, who disguises herself and enters the temple, and Narad sees her doing so.

Ajamukhi again succeeds in getting that mani and gives the fourth Shakti Mani to him. Taraksur tells her to bring the last Aakash tattva mani so that Mahaasur can be born with the powers of Bhashmasur and many more powers. Will she succeed?” 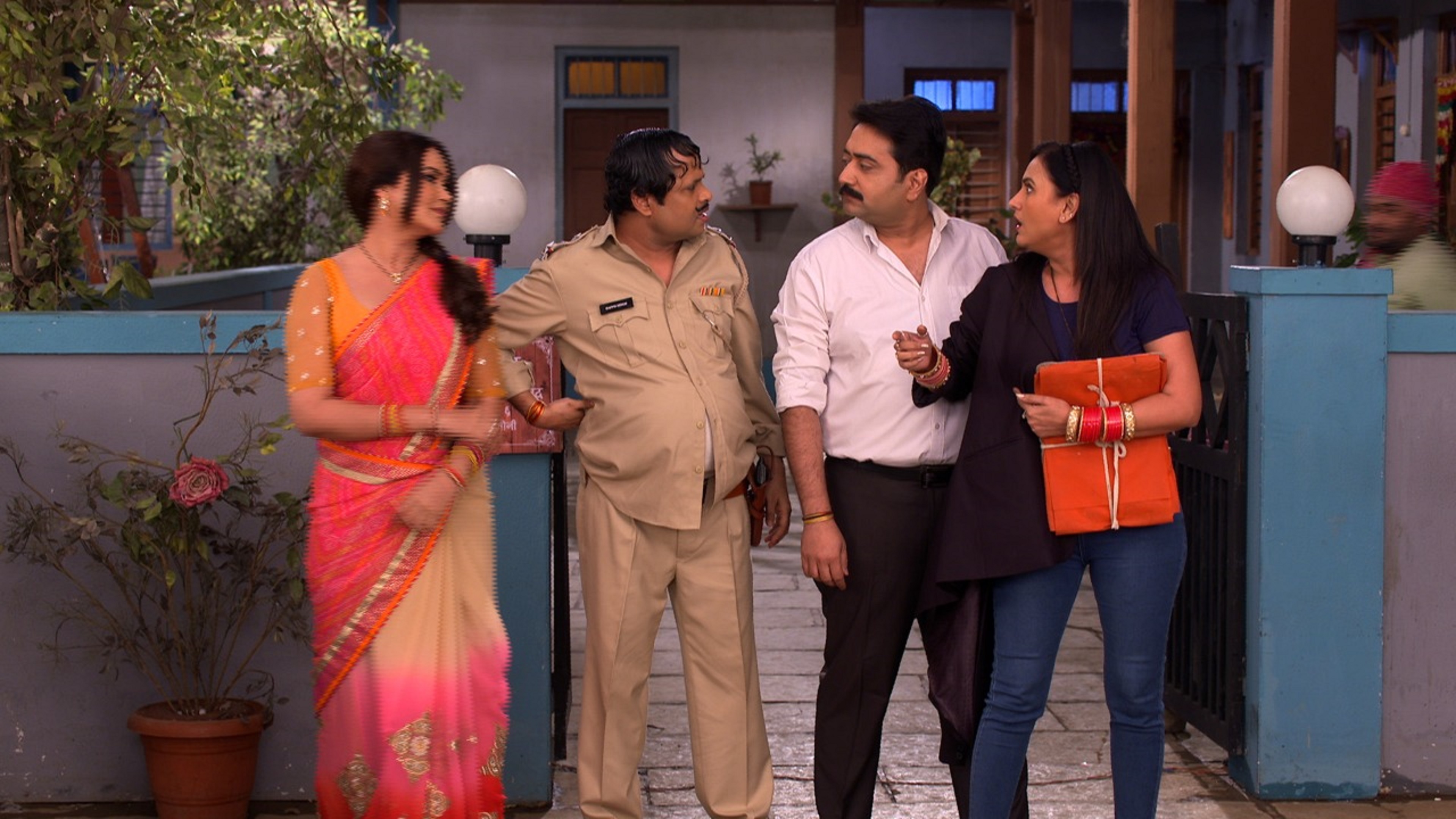 Chamchi’s brothers Hritik (Aryan Prajapati) and Ranbir (Somya Azad) decide to help her with an interesting angle of Happu-Man and fabricate a story about Happu becoming a superhero.

They convince Happu to jump from a great height to make Chamchi feel like he is a superhero. While doing the stunt, Hritik fails to hold the rope and Happu falls, but not before Chamchi notices Happu standing up like a superhero.

Kate (Ashna Kishore) and Malaika (Sonal Panwar) also join in the lie and tell Chamchi that their father is a superhero and that it was a big secret for her. Later, Chamchi narrates her essay in front of the entire class, and everyone starts teasing her by demanding proof.

Happu then dresses up as a superhero again and makes a fake fighting video that becomes viral suggesting Happu is a superhero. The situation gets out of hand when some goons kidnap Happu for their benefit.

It will be interesting to see how Happu gets out of this situation and convinces the goons that he is not a superhero.” 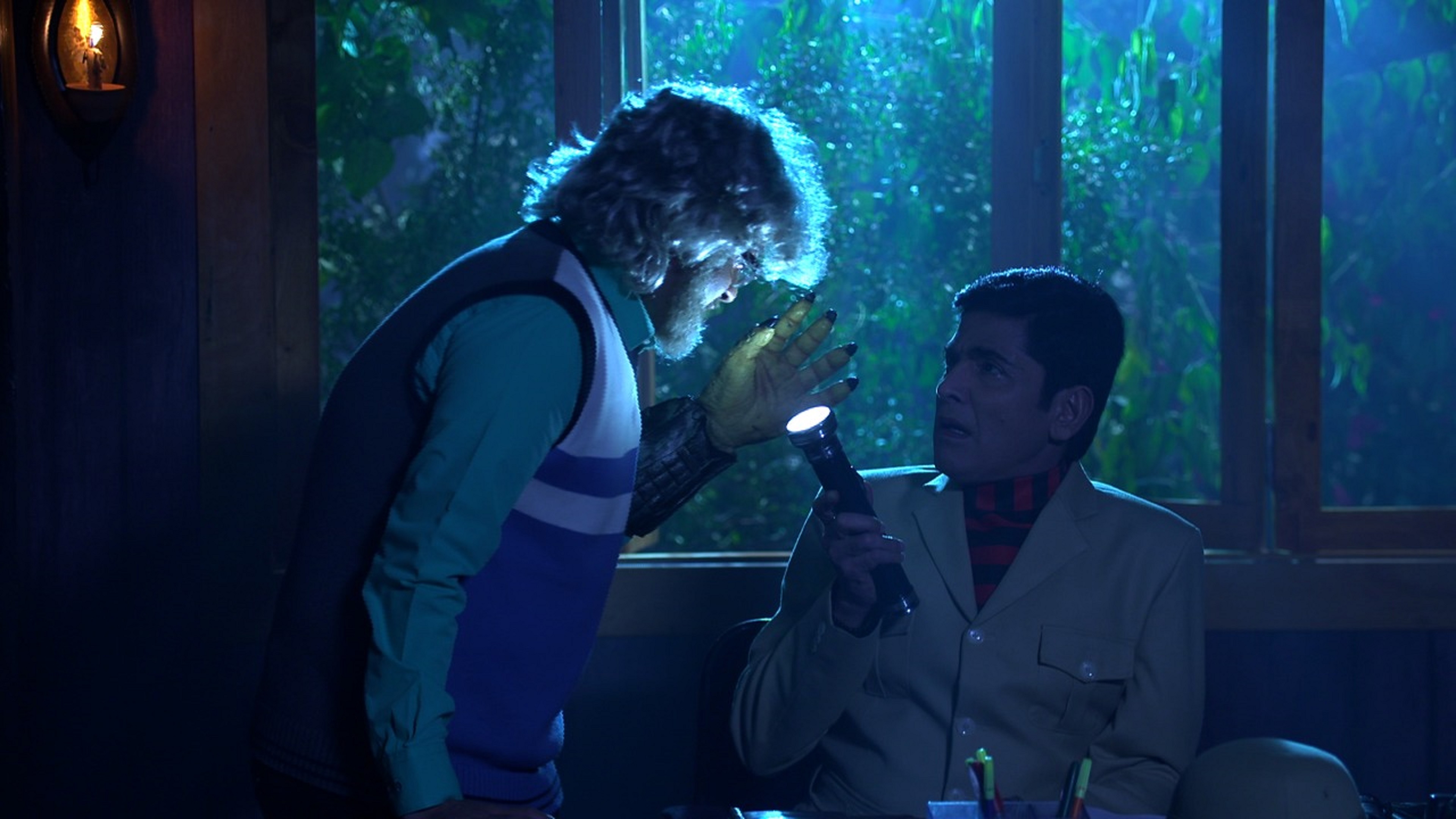 About &TV’s Bhabiji Ghar Par Hai, Vibhuti Narayan Mishra shares, “Everyone gets to know that Suresh Kabadi wala has got the ownership of modern Colony.

To get back their homes, Vibhuti (Aasif Shiekh) and Tiwari (Rohitashv Gour) try to convince Suresh Kabadi wala to give back their homes but he decides to do it only on the condition of participating and winning in Quit Game! 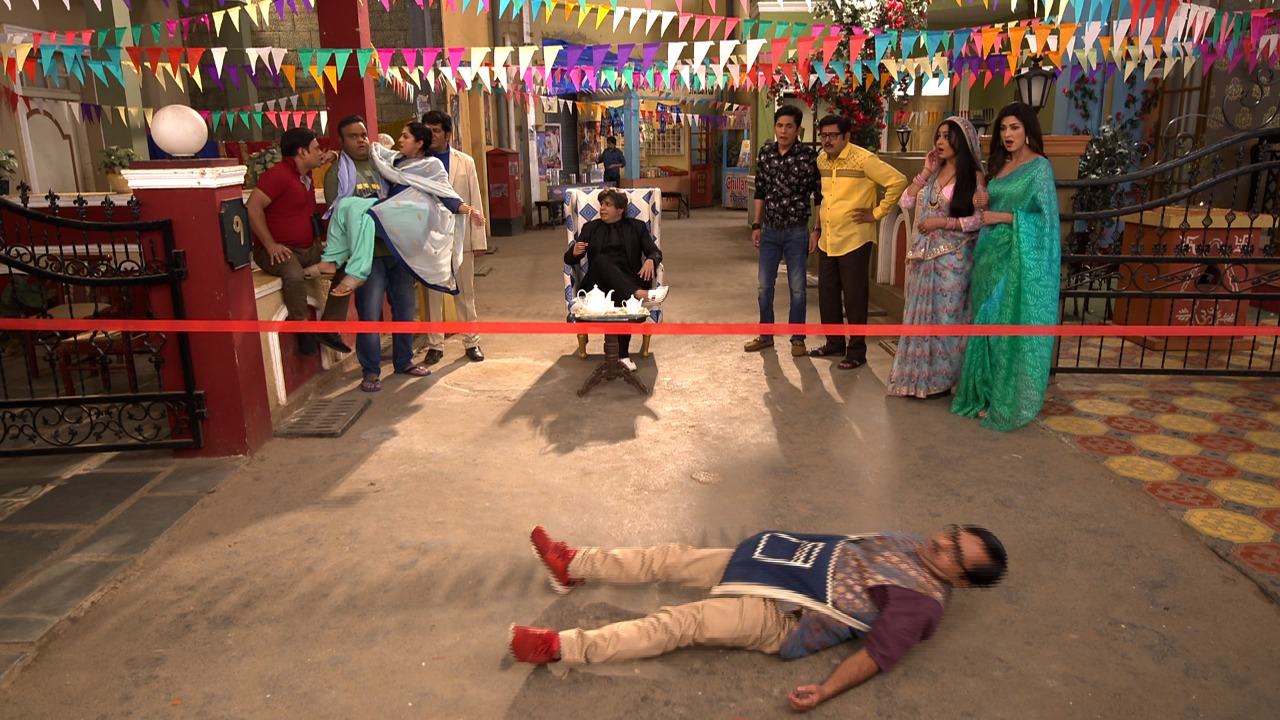 While games get tougher for everyone to win, it also leads to a moment wherein Anita Bhabi (Vidisha Srivastava) and Angoori Bhabi (Shubhangi Atre) have to fight against each other.

However, they end up beating suresh Kabadi wala and land up in jail. It gets more difficult when Vibhuti is asked to tie Rakhi from Angoori and Tiwari must tie rakhi from Anita! How will Tiwari and Vibhuti get out of the situation?”

Vahbiz Dorabjee: Social Media is the new king, but it’s up to us whether we want to use it in a positive or negative way