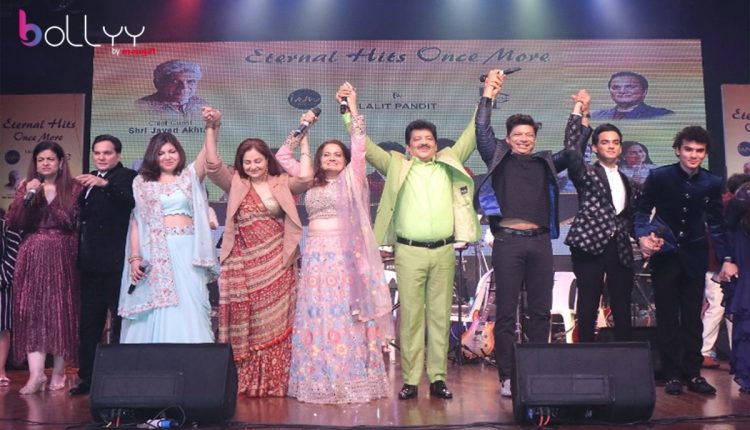 An extravaganza event was held recetnly at the Shanmukhanand Hall in Mumbai, where the legendary music composer Lalit Pandit celebrated a grand musical concert along with Bollywood’s prominent singers like Udit Narayan, Alka Yagnik, Shaan, Sadhna Sargam, Vijayta Pandit and Mamta Sharma titled as ‘Eternal Hits Once More’ By “Lalit Pandit. It’s a concept conceived & produced by “IM Entertainment ” owned by Meena Pandit. The orchestration by Lalit Pandit was impeccable. During his memorable career, Lalit has composed music for some of the biggest names in Bollywood and with some of the best singers and musicians. This concert was a celebration of his music and legacy. Lalit has also composed 27 films independently after his split with his brother Jatin Pandit. 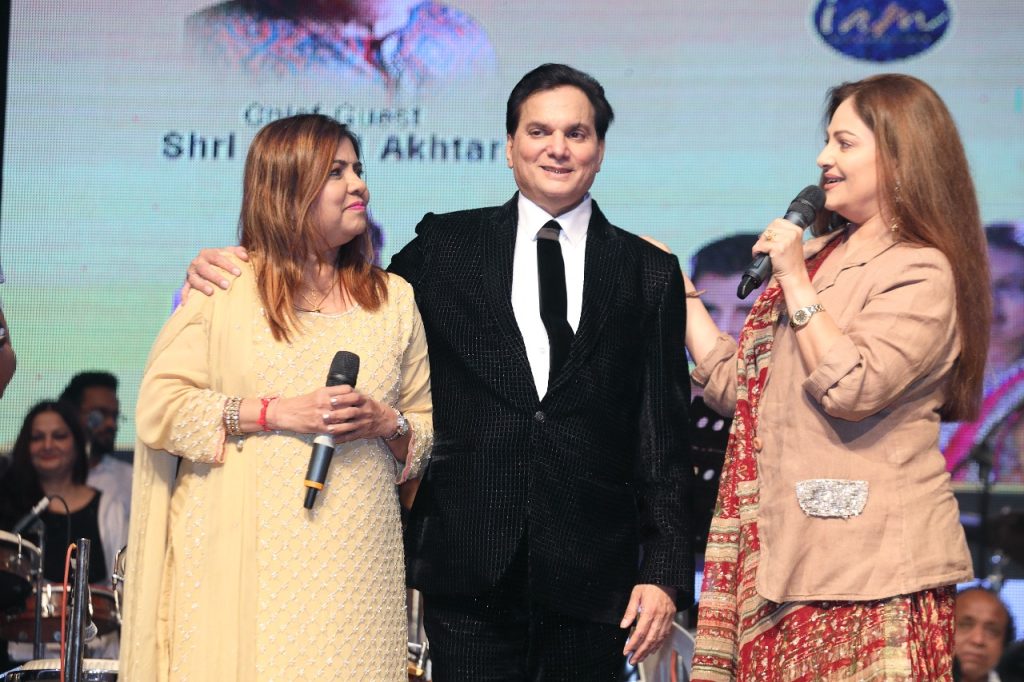 In 2020 before the pandemic, there was a similar concert held in Mumbai but this time the concert turned out to be larger than life as the response of the fans was extremely overwhelming. Mumbaikars not only enjoyed the super hit tracks of legendary music composer Lalit Pandit but it was a treat to their eyes to cherish the Golden Jubilee of Lalit Pandit’s songs from his films like Jo Jeeta Wohi Sikandar, Sarfarosh, Dilwale Dulhania Le Jayenge, Mohabbatein, Kabhi Khushi Kabhie Gham, Kuch Kuch Hota Hai and many more. 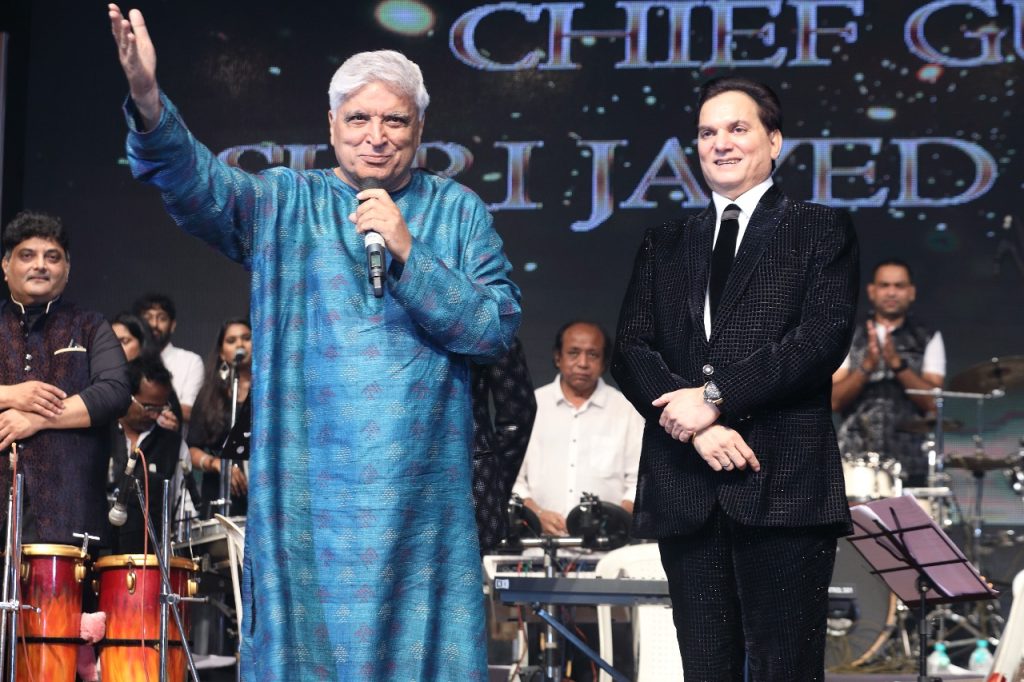 Lalit Pandit’s sons Rohansh and Abeer also surprised the audience with their performances too. Rohansh sang the song “Mujhe Raat Din ” & had a standing ovation from the crowd everyone was mesmerised by his voice how beautifully he rendered the song it was an emotional moment for a proud father Lalit Pandit.The concert concluded on an amazing note with recital by Rohansh who struck the audience with his unique voice texture and artistic traits, all the dignitaries including special chief guest of the concert Javed Akhtar praised Rohansh for the wonderful rendition of the song. While on the other hand Abeer mesmerized everyone by playing musical instruments. The legendary writer of Bollywood Javed Akhtar graced the event as a Chief Guest. The concert as a whole was full of life . 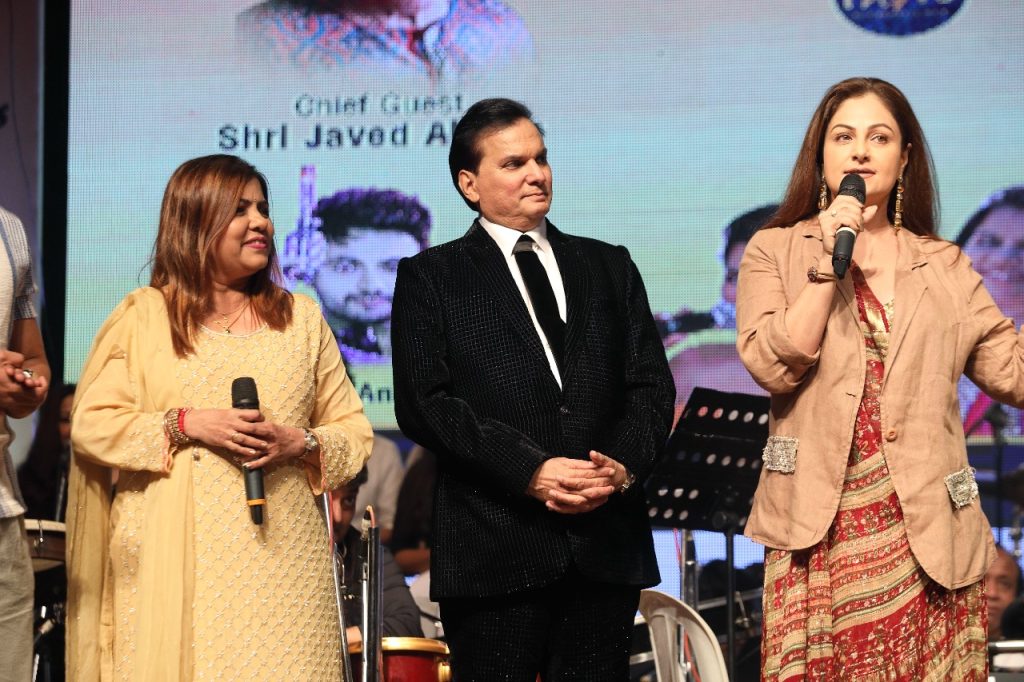 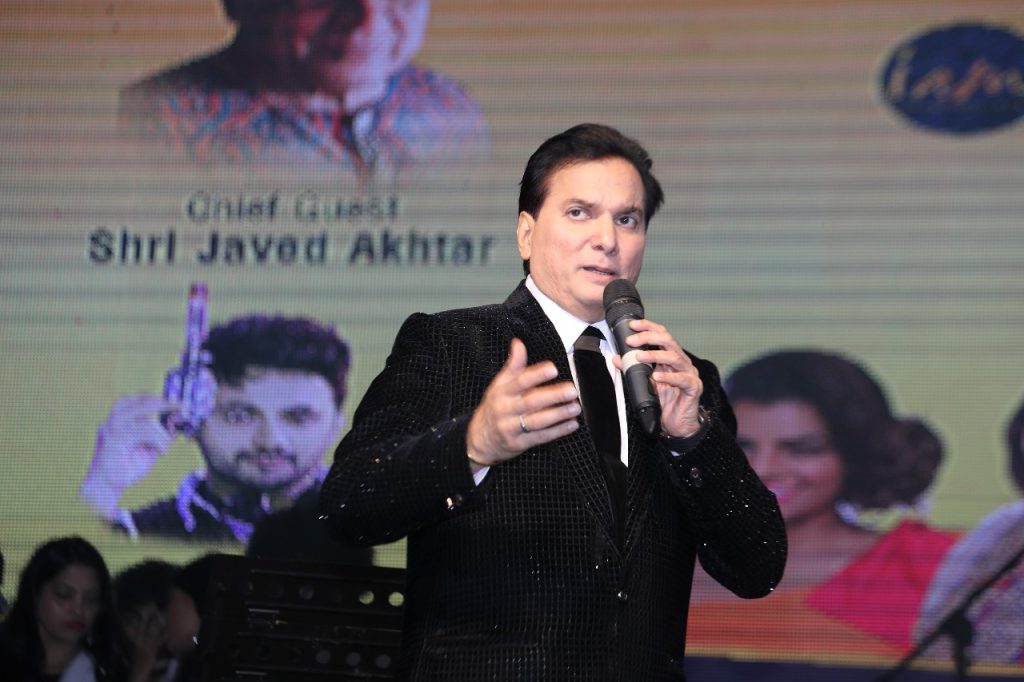 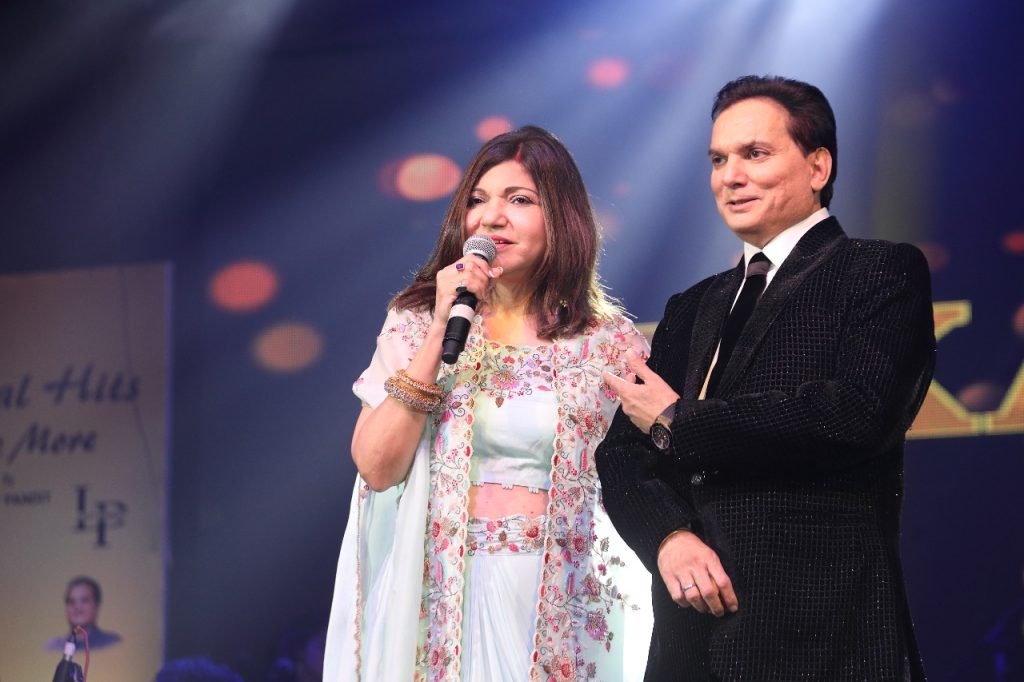 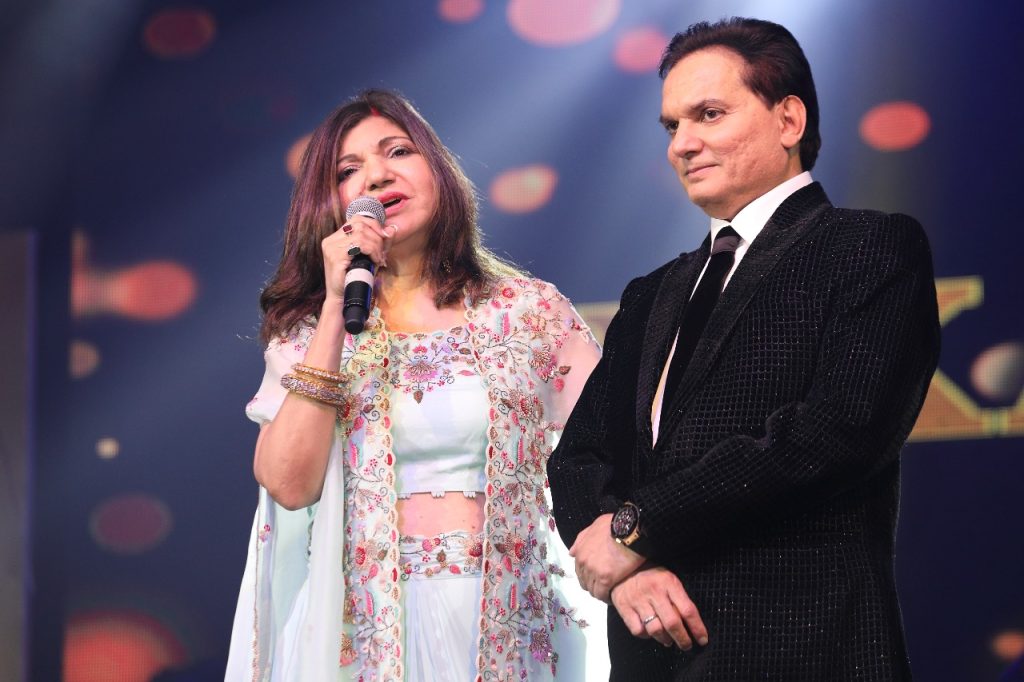 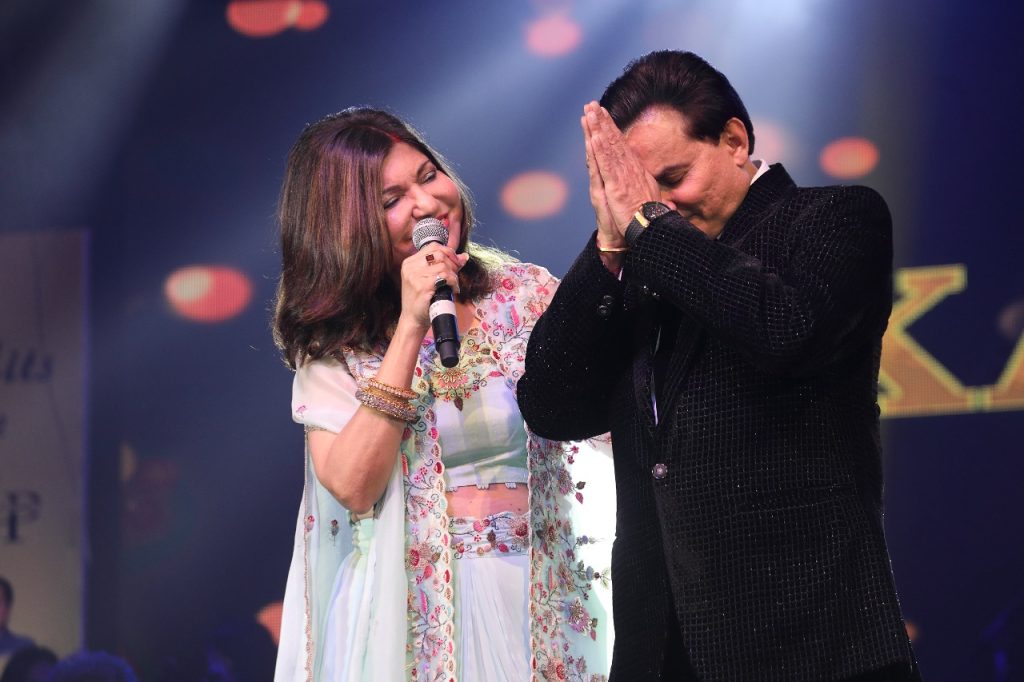 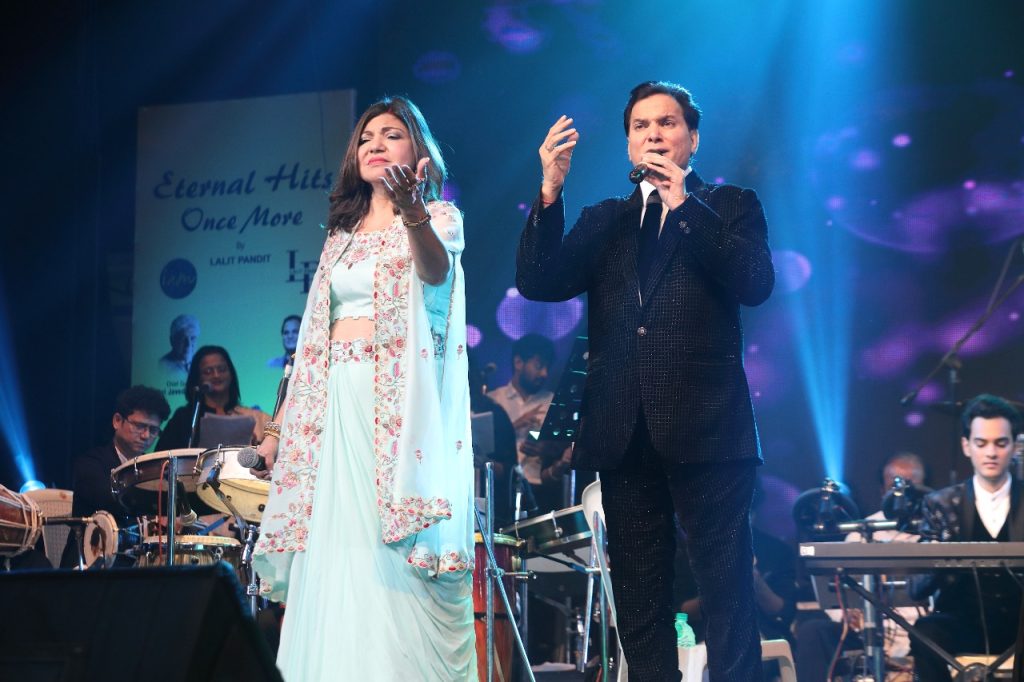 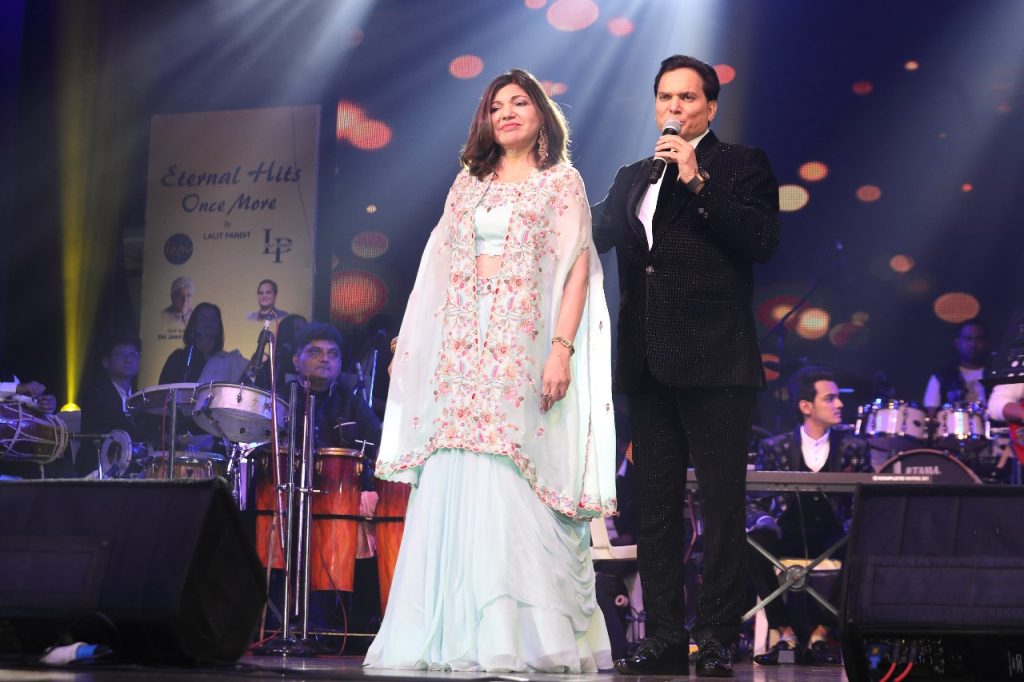