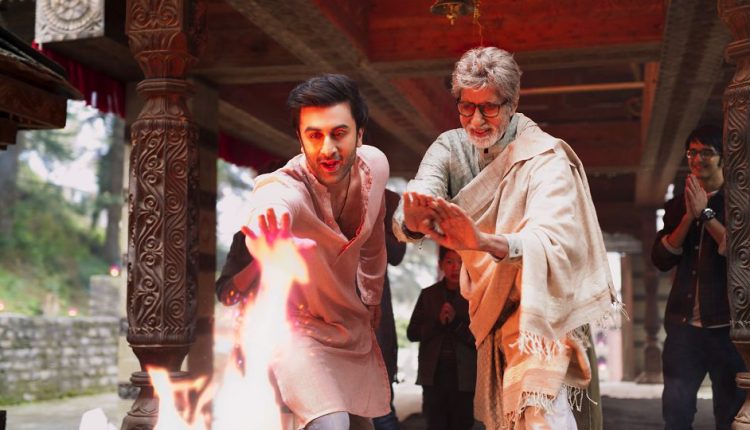 Watching the super-divine ‘Deva Deva—Namahaa’ song ( ‘Soul of ‘Brahmastra’ ) that too in ‘3-D’ big-screen exclusive viewing at the PVR-Icon for me (and for the other media invitees as well) was a surreal, mind-blowing yet soul-stirring out-of-this world experience – Chaitanya Padukone 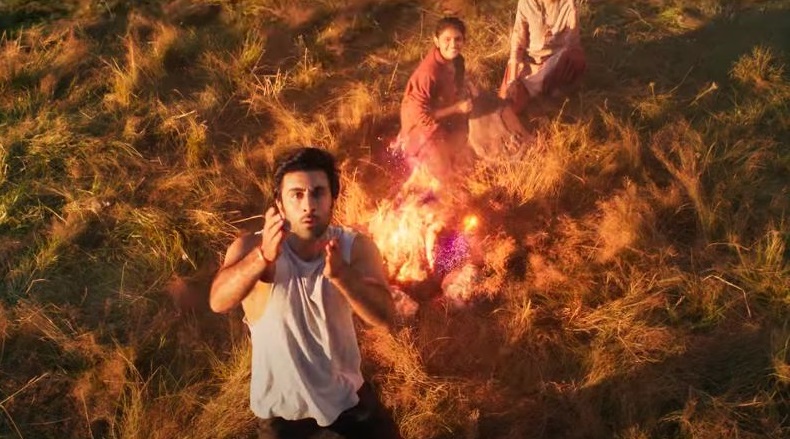 The icing on-the-cinematic-cake was that the screening took place in the awe-inspiring personal presence of the lead cast Ranbir Kapoor and Alia Bhatt and of course ‘visionary’-showman director Ayan Mukerji .

While Ayan kept briefing the invited media on the BTS ( behind-the-scenes) anecdotes and intriguing intricacies of the song-track and its meticulous picturization with all the incredible VFX, the soft-spoken Ranbir and the outspoken Alia also shared their inputs and experiences. 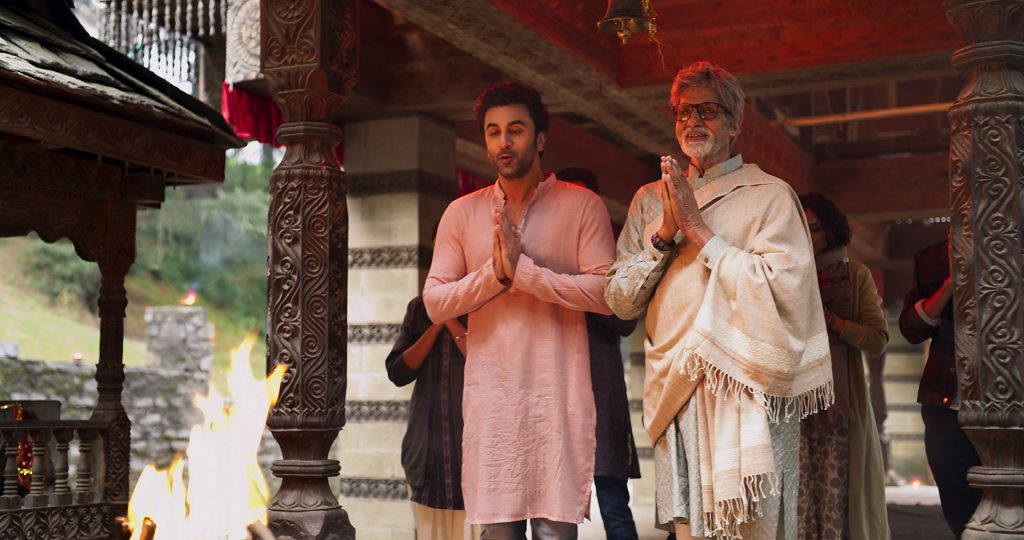 Incidentally as per their production houses policy protocol restrictions, no camera-shoots were allowed and no audio-recording was permitted. Simply, because this was an “informal conversation and informal lead stars appearance”.

Everyone invited, seemed to enjoy watching the song not just once, but thrice. Which speaks for its ‘ enthralling repeat-value—guaranteed to give goose-bumps’ . It is breath-taking to watch the ‘3-D’ projected illusion of Ranbir’s Shiva character playing with and controlling fire and flaunting his ‘agni-astra’ and ‘agni-shakti’ As is known, brilliant composer Pritam-da is the composer while amazing Arijit Singh has sung the tantalizing track which has spiritual mantras with the trance-vibes. 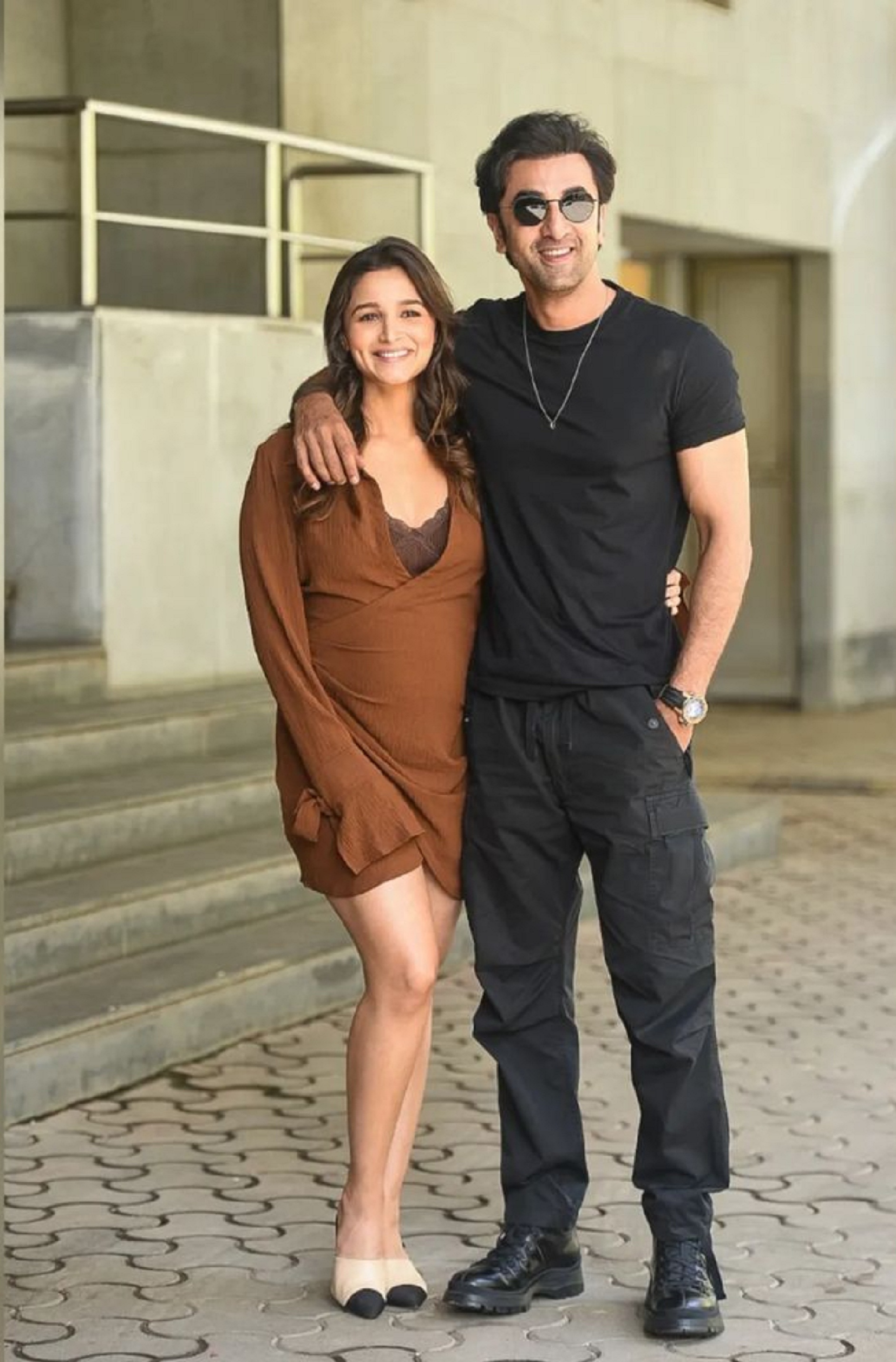 Yet it’s a foot-tapping song with harmonious universal appeal . Previously released song ‘Kesariya’ is a phenomenal chartbuster already and frenzied fans have loved Ranbir-Alia’s chemistry in it.

The mega-film ‘Brahmastra’ co-produced by Dharma Productions, Star Studios(India), Prime Focus and Star Light Pictures is all set to release in theatres on September 9, 2022, in Hindi and also in four Southside regional languages.

Besides its spectacular canvas and mega production values multi-starrer movie ‘Brahmastra’ proved to be a match-maker ( by default ? ) because it brought together the romantic pair Ranbir ( as ‘DJ-Shiva’) and Alia ( as ‘Isha’) who soon began dating-courting and recently got married.

Now Alia is ‘expecting’ and is in the family-way. As is known, ‘Brahmastra’ also has superstar Amitabh Bachchan in a pivotal role along with vivacious Mouni Roy ( as the evil ‘Queen of Darkness’ ), Southside superstar Nagarjuna Akkikeni and Shah Rukh Khan in a cameo role of a scientist, The film is the first part of a trilogy, which will establish India’s own cinematic universe–the Astraverse. 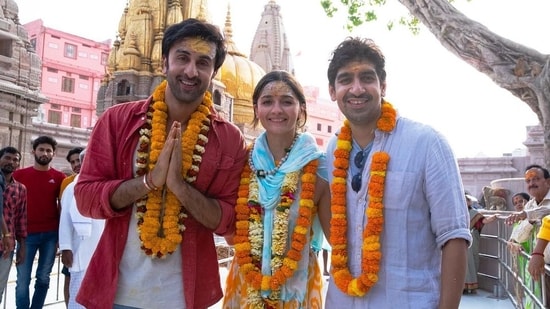 According to ‘showman’ director Ayan Mukerji, the spiritual anthem ‘‘Deva Deva—Namahaa’ song ( ‘Soul of ‘Brahmastra’ ) needs to be watched and enjoyed not on cell-phones or on lap-tops, but on the big-screens in theatres .

And that if the cinema-theatres have ‘3-D’ screening facility, it will be such a divine spectacular experience for the audiences to see the ‘Fire-Flames-soul-stirring Song-Come-Alive’. What is very intriguing and surreal is that, that both Ranbir and Alia are shown going around the sacred fire during this Deva song ( ‘saat agni-phere’ in Hindu marriage rituals). 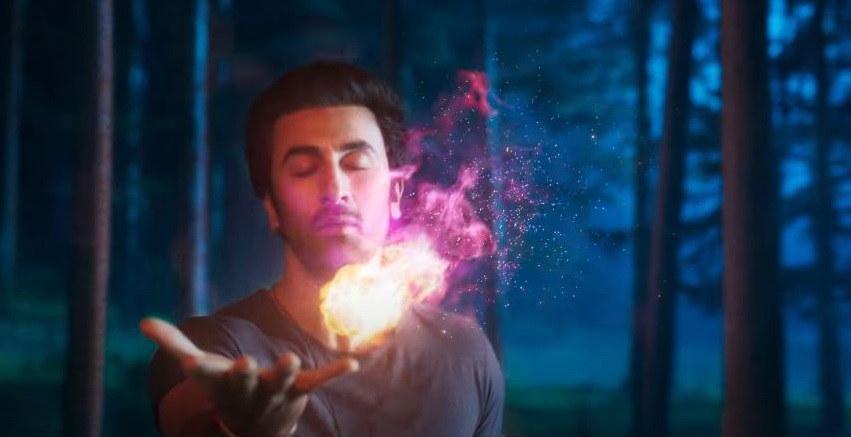 When Ranbir’s dancing in the trance-chanting was appreciated, wife Alia seemed to be in a jestful mood. She remarked that Ranbir generally dances in his own trance most of the time at off-screen social events and at times it’s a difficult to match steps with him.

Later when Lord Shiva’s parallels to Ranbir’s screen-character was being informally discussed, Alia Bhatt had the witty presence of mind to point out that her father’s name is ‘Mahesh’ ( which is also one of Lord Shiva’s alternate divine names). 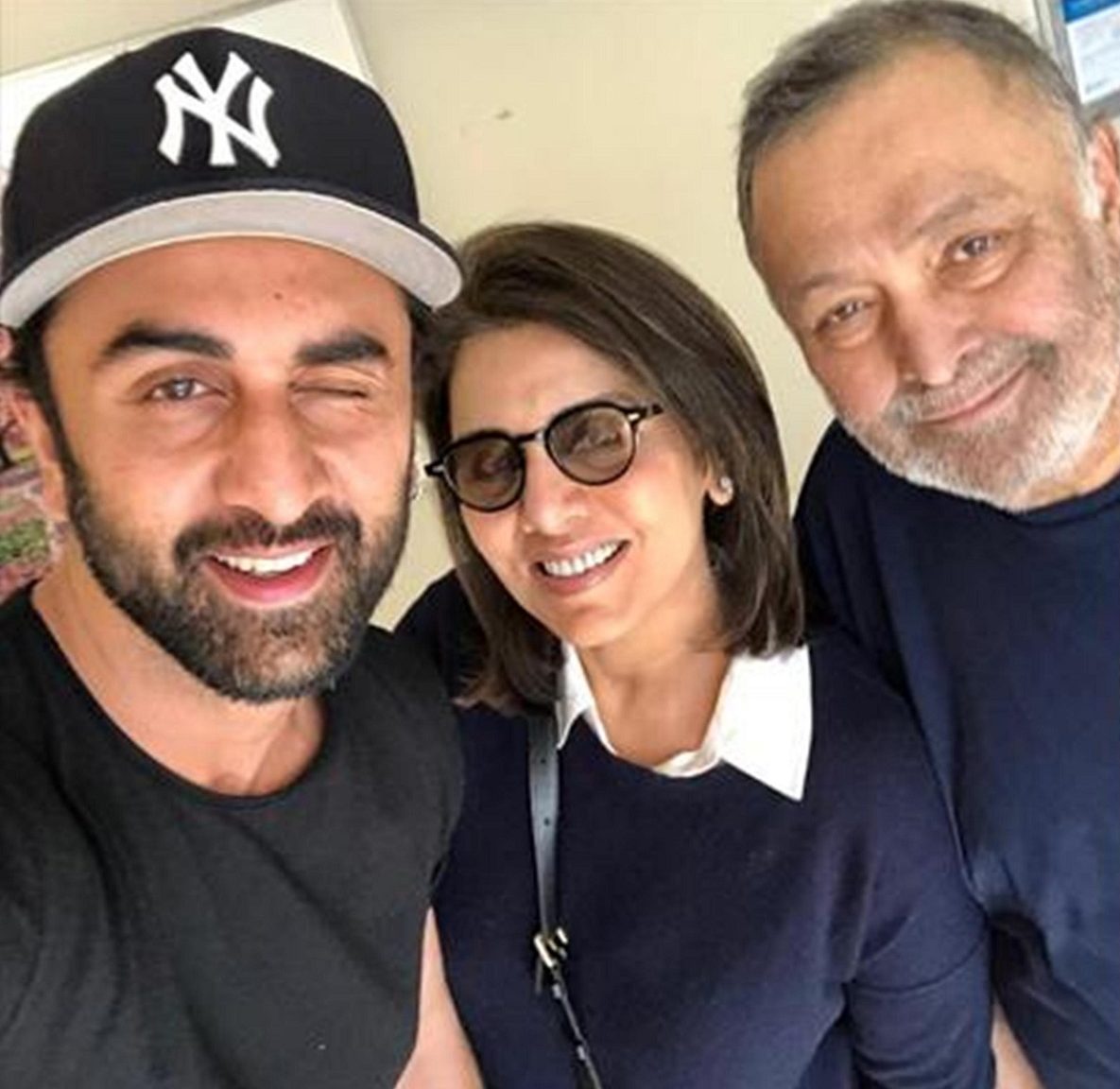 But the interesting twist during the informal conversations was when Ranbir fondly recalled how his outspoken legendary dad ‘late’ Rishi Kapoor had screamed –‘sing loudly Ranbir’ –while watching his star-son doing lip-sync to a song in movie ‘Anjana Anjani ‘ ( 2010) .

Therafter Ranbir kept this father’s guru-mantra-advice in mind when he shot his song-picturisation in ‘Rockstar’ (2011) and in all movies which he shot for subsequently . Always known for her frank comments, Alia instantly reacted that Rishi Kapoor came up with the best lip sync expressions to his on-screen picturised songs. 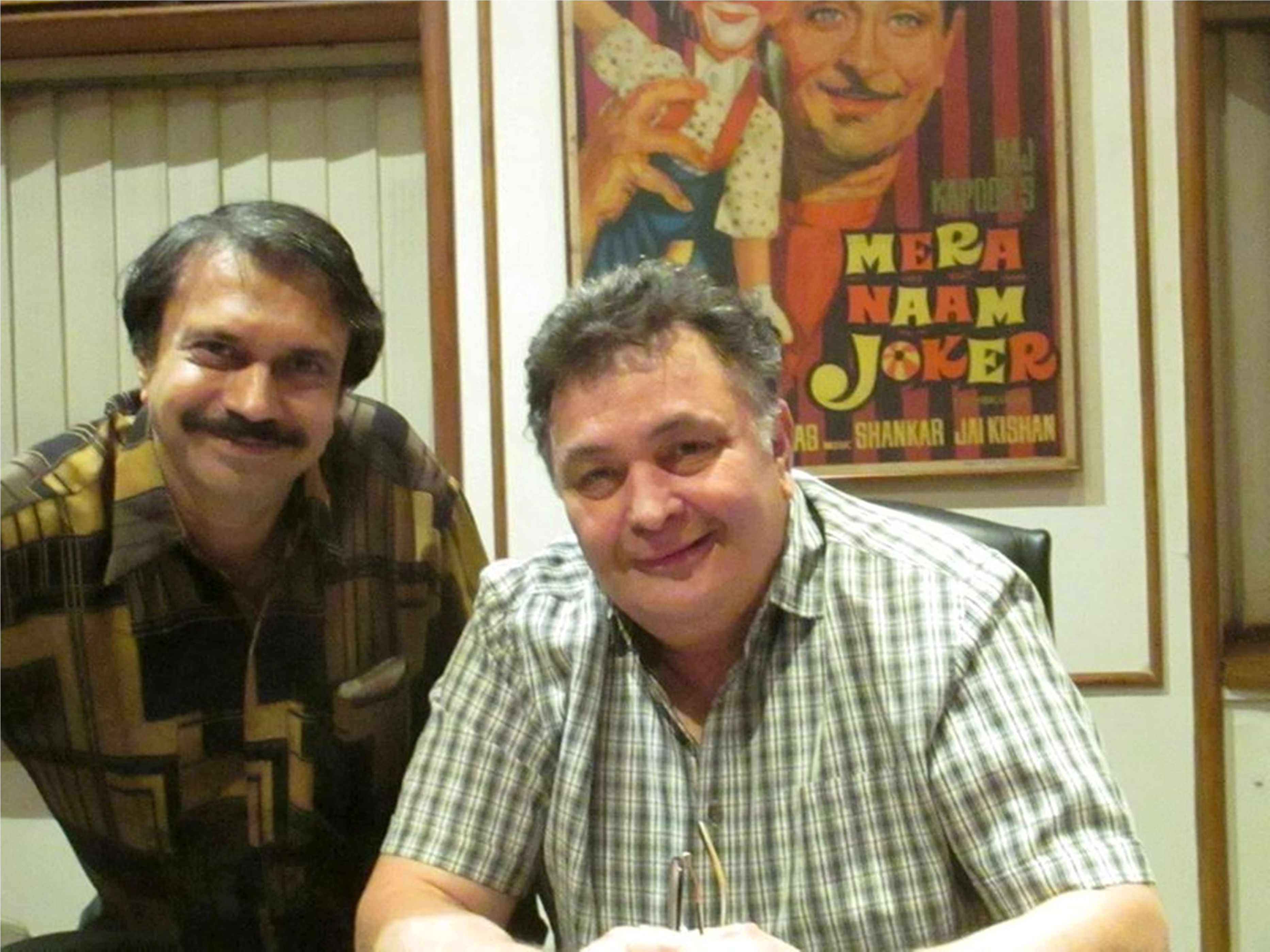 Way back in the past when I used to personally meet Rishi Kapoor-Sir at shootings or in his office-cabin at R K Studios, he would predict. “Mark my words, Ranbir will be a sought-after versatile superstar-hero, in the years to come.” It is heartening to note that ‘late’ Rishi-sir’s prophecy has come true.

‘Prateik Babbar’s de-glam performance in India Lockdown (ZEE5), a tribute to his…