Ever imagined what would you do if you had a ghost for a roommate? This is what four bachelor friends (Nikhil, Kavi, Subbu, and Sanki) are about to find out in MX Player’s upcoming horror-comedy – MX Original Series ‘Aapkey Kamrey Mein Koi Rehta Hai’.
Jyothi Venkatesh 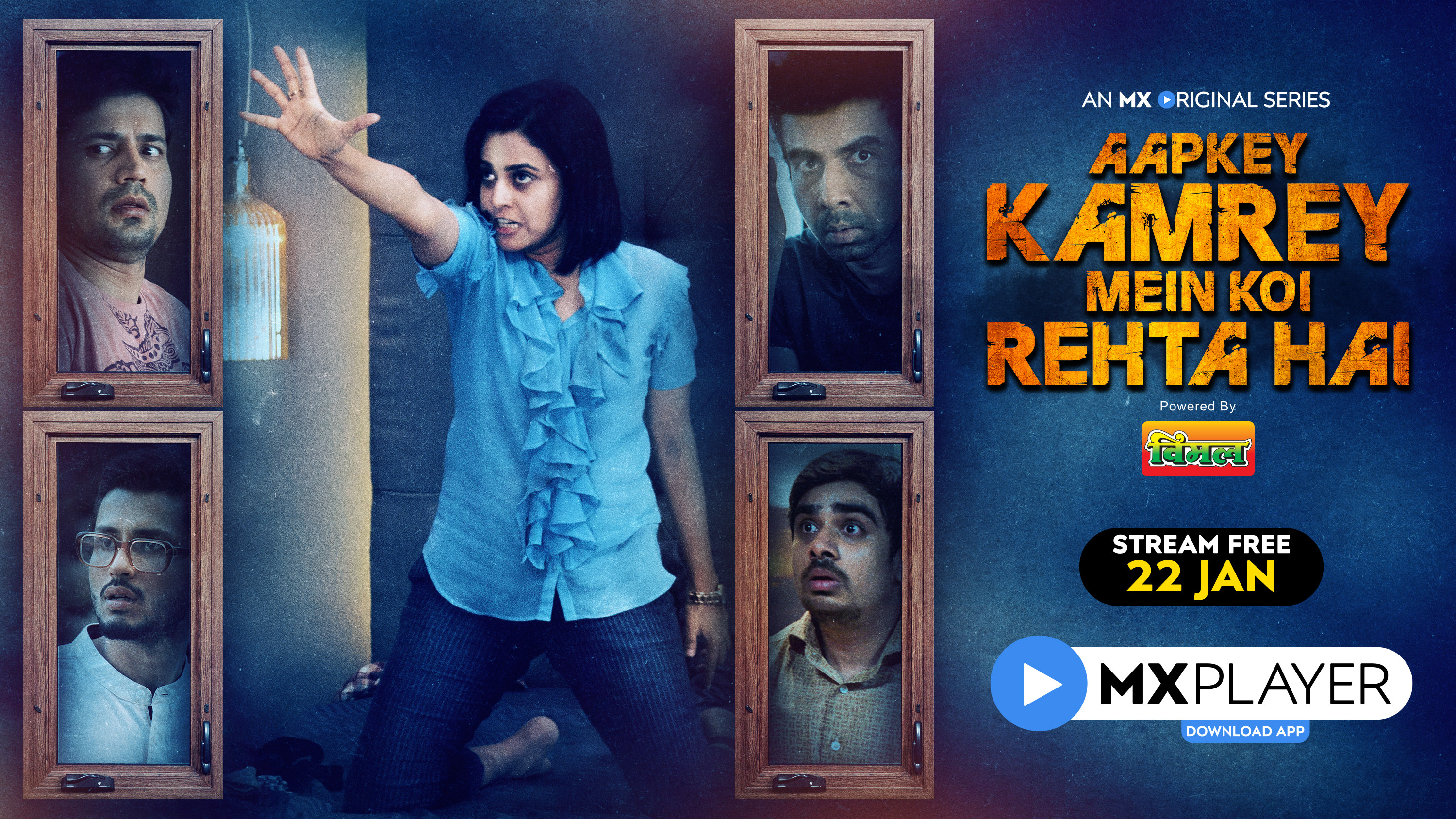 In dire circumstances, the foursome – Nikhil (Sumeet Vyas), Subbu (Naveen Kasturia), Kavi (Amol Parashar) and Sanki (Ashish Verma) are ecstatic when they find a 4 B.H.K for a measly rent, in a city like Mumbai. But little did they know that they would be sharing their amazing new flat with a newly acquired roommate who is a ghost! Life gets further complicated when the beautiful Mausam (Swara Bhasker) comes for their housewarming party, and then begins the comedy of horrors. The 5-episodic series, directed by Gaurav Sinha will stream for FREE, starting 22nd January exclusively on MX Player.

Speaking about the same, actor Swara Bhasker says, “Picking roles that span across genres and varied character graphs have always been important to me. Whether it was as the sultry Shanoo, the amiable Beanie, or now the free-spirited Mausam in Aapkey Kamrey Mein… I’ve enjoyed portraying all, and I think this horror-comedy will hit the right notes of laughter and unexpected drama.” 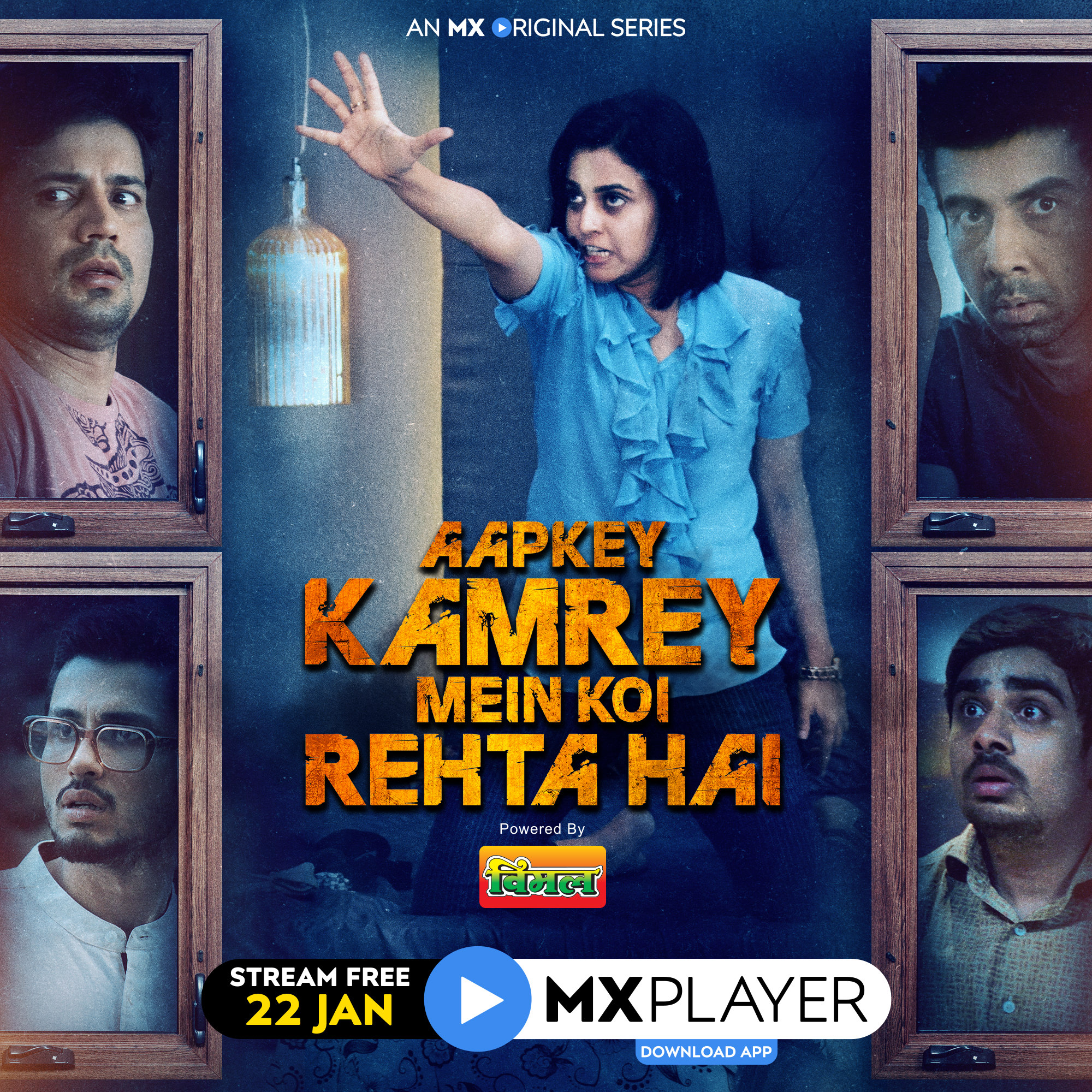 “Horror comedy is a genre that I’ve really come to enjoy – be it as an actor who is playing a role in the narrative or for that matter – even watching such stories. It was fun to work with such great artists for this project and I believe that the comedy of errors for these 4 friends and their newly acquired, an unexpected roommate who is a ghost will make for a fun watch”, says Sumeet Vyas.

Naveen Kasturia further shared saying, “My first thought when I heard the script was to imagine what it would really be like to live with a ghost! This bite-sized series is a mélange of fun, comedy, horror, and entertainment. In the midst of content that heavy on crime and drama, this will leave you with goosebumps and a healthy dose of laughter.”

Amol Parashar said, “It’s been a fun ride working with the team of ‘Aapkey Kamrey Mein Koi Rehta Hai’ – 4 bachelors hunting for a rented apartment in a city like Mumbai becomes a genuine nightmare when they realize that their dream house has an unwelcome ghost for a roommate. It’s a lesser-explored genre on the web and what makes it more interesting is its multi-star cast of some of India’s first digital sensations.”

Ashish Verma concluded by saying, “The journey of 4 friends in their newly rented apartment that is haunted, is sure to give you the thrills and the chills. We had a blast shooting for the series and we hope you enjoy watching it.”

This 5-episodic series is a rollercoaster ride, filled with myriad emotions. Starring Swara Bhasker, Sumeet Vyas, Naveen Kasturia, Amol Parashar & Ashish Verma, will this chain of ghostly events give the friends a second chance at friendship, love, and meaningful relationships?