Today when Alia Bhatt turns 28 years old, we at bollyy.com and Mayapuri wish her a happy birthday by reproducing this interview taken by JYOTHI VENKATESH with her when she was promoting her film Kalank two years ago. I was present  at the wedding of her parents Mahesh Bhatt and Soni Razdan in Juhu 29 years ago as both Mahesh and Soni were my good friends and Soni had not forgotten to extend me an invitation to her marriage with Mahesh Bhatt by coming all the way to Hotel Oberoi Towers where I was working then as an Accounts Supervisor

Madhuri Dixit has gone on record that you and Varun are the only actors from the Next Gen to play Nisha and Prem in the remake of Hum Aapke Hain Kaun. What is your take on this?

What can I possibly say about Madhuri Mam’s statement like this? I do not think any actor can be Nisha because it was an iconic role that Madhuri Ma’m had essayed in Hum Aapke Hain Kaun 25 years ago. If Ma’m has given me and Varun a huge compliment like this, it only means that she is very giving and supportive to the core as a person. Varun and I use each other as punching bags, because we started our career together with Student of The Year seven years ago

How do you tackle trolls and negative vibes? 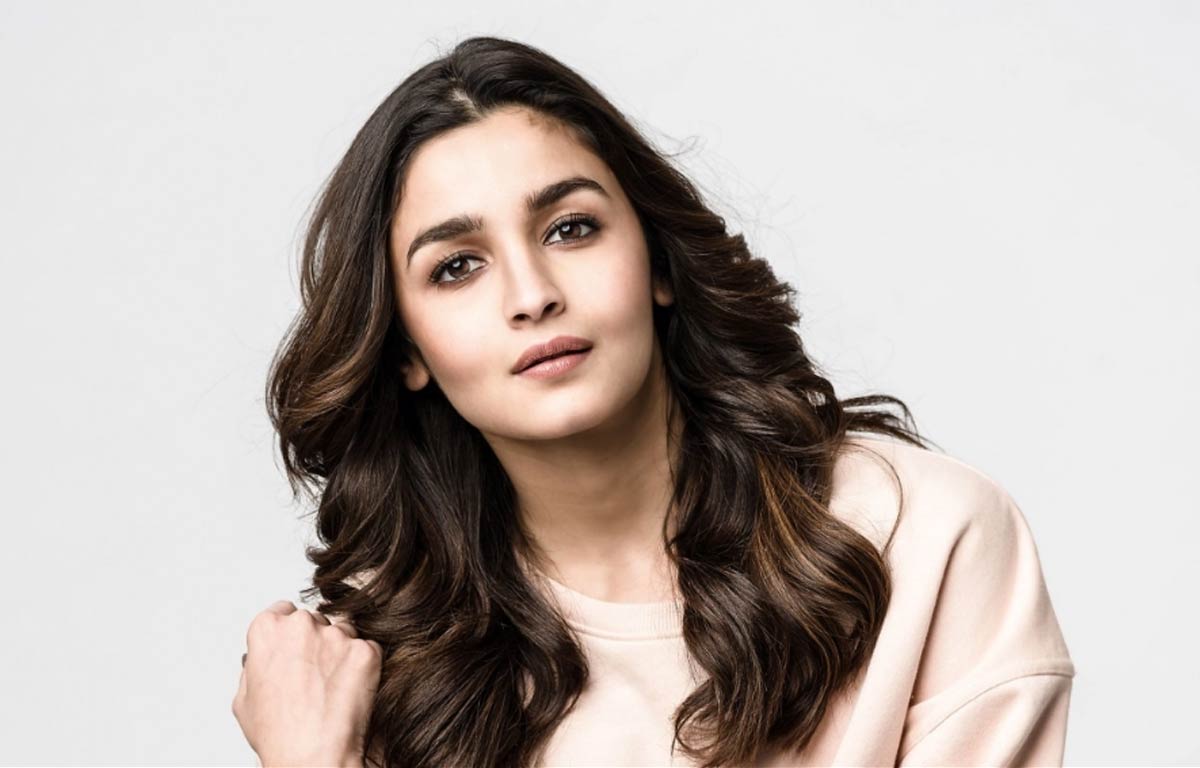 The world exists only the day you open your eyes. What appears in front of me is only what I choose to look at in the film. I feel happy when good things are told to me and adopt a Buddha type of stance when people start trolling me.

You are now also a part of a Telugu film called RRR directed by S.R. Rajamouli of Bahubali and Bahubali 2. How did you learn Telugu for your character?

RRR is being made in Hindi and Telugu. I did learn Telugu. The lessons were hard but turned out to be faster. I also had to learn Kathak and it was intimidating to be pitted opposite a great dancer like Madhuri Dixit Mam in the film Kalank. It was the first ever classical dance which I was required to perform as it was part of my requirement for my character of Roop

How easy was it for you to perform a kathak dance?

I made sure that I made a difference with my dance though it was very nerve breaking as Madhuri Mam was in front of me. It is not only a different period drama but also a costume drama and I had to maintain a particular gait for my character to suit my part.

What preparation did you undergo to get into the skin of the character of Roop in Kalank?

The world that director Abhishek Verman created helped me a lot as an actor. The production design by Amrita made a difference to help the world come alive. It was a taxing and intense experience which was very challenging in a new way for me.

Did it exhaust you as an actor?
What took a toll on me was not just preparation for Kalank as an actress but working round the clock for both Kalank and Brahmastra. Believe it or not, I could not even take a day off because the pressure was on for a hectic schedule for both the films but I managed to come out of it easily.

Do you plan to go slow as far as your films are concerned?

This year itself, after Kalank, I will also be a part of at least four films including Brahmastra, Sadak 2 and Sanjay Leela Bhansali’s film and Rajamouli’s RRR. Tell me why should I slow down on my pace as an actor, when age is on my side and also I have a lot of energy to take up as many films as possible?

What is your role in RRR?

I play a character of Sita in Rajamouli’s film RRR though it is not Ramayan’s Sita. Brahmastra is a trilogy and will be the turning point in films for me as an actress because it is a very different kind of film in my career till date. It is yet another film for which there is no referee point at all for me. It is as mystical as the sky and very intriguing and is about the power of the Universe.

How was the experience of working with a director like Abhishek Verman, with whom you had earlier acted in 2 States? Doesn’t his take remind you of Bhansali?

It was wonderful to work with a director with a vision like Abhishek but it is wrong to compare both the directors just because Abhishek is inspired a lot by Bhansali Sir. Sanjay Sir has succeeded in creating a world of his own genre in films like Bajirao Mastani, Ram Leela and Padmavat.

It is believed that you are planning to start a production house shortly!

Yes/ I want to start a film shortly and have also opened a production house of my own. Shagun has an idea. I had told her that I’d be on board whenever she wanted to start a film. I’d love to do a project for a digital platform

Shaandar and Kalank were the only flops in your career. Did you analyze why both sank at the box office?

I loved the script of Shaandar but the problem is that the script changed several times during its making. It started at A and ended at E. After the debacle of Shaandar, I learned to say what I feel because my instinct is usually right.

Do you think your performance in Kalank will fetch you an Oscar form acting?

I do not know but I once dreamt big that my performance in Udta Punjab or Raazi will fetch me an Oscar but sadly they did not. I have now stopped dreaming of Oscar and will be glad if I get it as and when I get it.

How do you decide on your films when they are offered to you?

My instinct comes from my guts. In ten minutes of any narration of the plot, I know whether I should do a film or not. I generally bounce off the ideas with Ayan, Abhishek Verman and Karan and also discuss with them a lot about the pros and cons before I decide to do a film or not. What I like about them is that they will give me the perspectives but in general, I like to take a risk and do any role.

What is your one regret in life as of now? 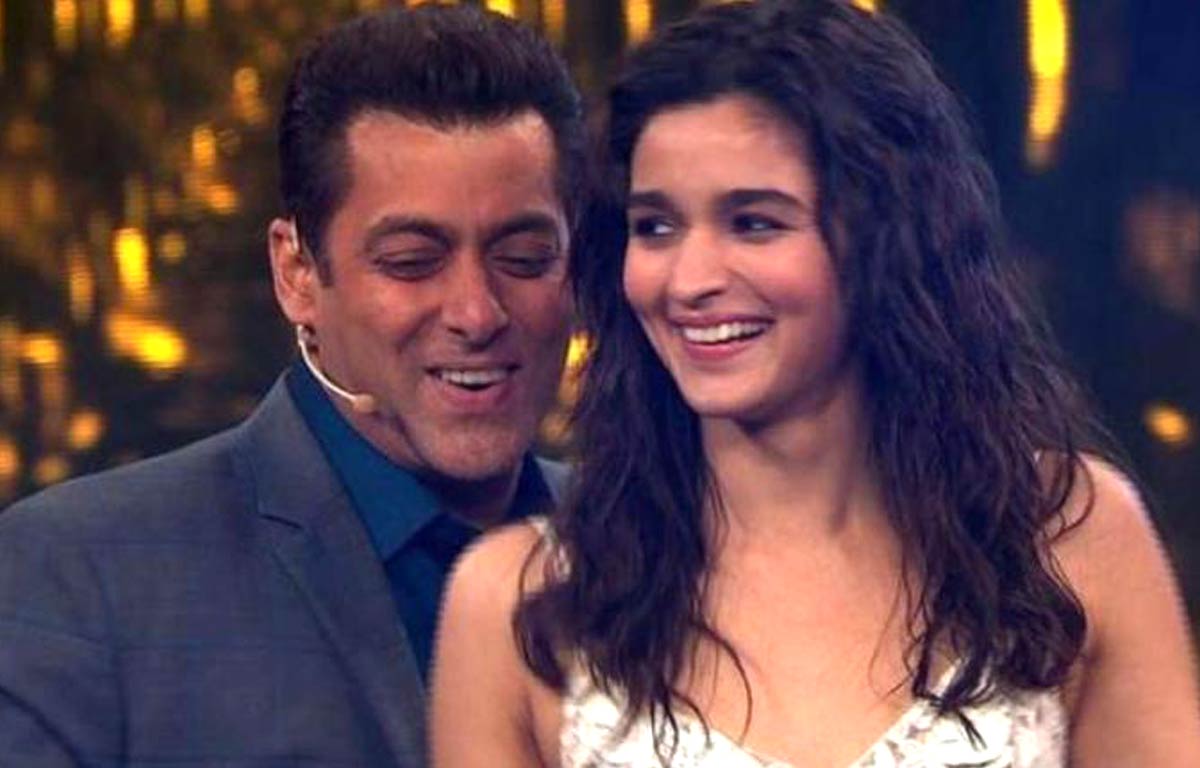 My dream of working with Salman Khan didn’t come true when Inshallah was shelved, though I got the opportunity to work with Shah Rukh Khan in Dear Zindagi.

Nyra M Banerjee: Playing a Rajasthani character is amazing, I love my attires , it…

Jasmin Bhasin on being part of the Indian game show!