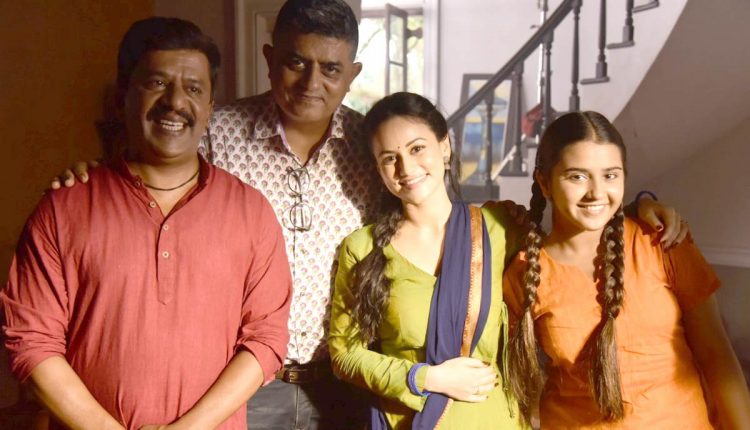 There are personalities one admires, and if you get a chance to work with them closely, it is surely a dream come true moment. Something similar happened recently with ace ad filmmaker and Bollywood’s versatile personality Gajraj Rao. The ad film maker and actor who won everyone’s heart with his comic timing in Badhai Ho and his body of work, recently shot a promo for Sony Entertainment Television.

The show Tara from satara is a beautiful concept that will unfold shorty for the viewers to revel in. The show boasts of actors like Roshni Walia and acclaimed Marathi actor Upendra Limaye amongst others. Upendra who won National Award for his role of Tayappa in the 2009 Marathi film ‘Jogwa’ has also been part of many other National wining films like Traffic Signal, Chandni Bar, Page 3, Kairee etc.

Gajraj Rao who has admired Upendra as an actor for many years was just taken by the aura of the actor whilst directing the promo of the show. Upendra is extremely approachable and a people’s person in real life and the environment on set is quite lively with him around. His wit and humor proved to be an ice breaker with Gajraj Rao and what followed was a great sense of admiration between the two.

When reached out to Gajraj, he shared, “Upendra is an inspirational actor and has a very positive personality. The amount of hard work and effort he has put in getting into the character of a Kathak dancer is commendable. I consider myself fortunate for getting a chance to work with an actor like him. He also motivates others around him to give their best and that according to me is the best part of his personality.”

Tara from Satara is the story of the Tara and her journey from being aimless girl to finding a purpose in life.

The Second New Poster Of Family Of Thakurganj Unveiled

It Has Never Been So Difficult Saying Thank You…