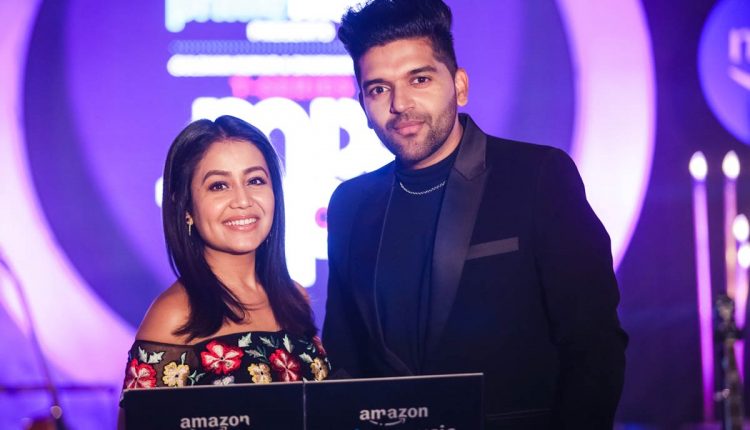 After Shreya Ghoshal and Armaan Malik kick-started T-Series MixTape Season 2, presented by Amazon Prime Music, on a magical note, singing superstars Neha Kakkar and Guru Randhawa are all set to take the bar a notch higher in the second episode of the season. Neha Kakkar and Guru Randhawa who are amongst the top played artists on Amazon Prime Music are coming together to create an exciting and unique mashup of 3 super hit songs ‘Dilbar’, ‘Ishaare Tere’  and ‘Tere Te’. The duo will be combining the dulcet tones of ‘Dilbar’ which was originally sung by Neha Kakkar for the movie Satyameva Jayate, along with ‘Ishaare Tere’ and ‘Tere Te’ originally sung by Guru Randhawa into a medley of lyrics and music. The new rendition of the song is now available exclusively on Amazon Prime Music for Prime members to enjoy, giving listeners an ad-free, voice enabled listening experience.

After making the audience groove with their collaboration in MixTape Punjabi, Neha who is known for topping the charts with her energetic party busters and Guru who is one of the best Punjabi artists on Amazon Prime Music, are back again for MixTape Season 2 to make viewers groove with this power packed number. The most requested songs from the singers on Prime Music include LA LA LA by Neha Kakkar and Lahore byGuru Randhawa. Coming together in the second episode of Mix Tape season 2, the music for their song is given by the music director, Abhijit Vaghani and the song is directed by Ahmed Khan.

Sahas Malhotra, Director, Amazon Prime Music, says, “We are excited to bring such a strong pair of singers together, whose songs are amongst the most popular ones on Prime Music. Their fresh medley from Mixtape Season 2 is now exclusively available first on Prime Music for Prime members to enjoy ad free. Simply say, Alexa – Play Dilbar Ishaare Tere, and sit back to listen to these chartbuster hits, reimagined only on Amazon Prime Music”.

Music Director Abhijit Vaghani shares, “We teamed Neha Kakkar and Guru Randhawa because they did really well in High Rated Gabru and Ban Ja Tu Meri Rani in Season 1 and they are always fun to look at on screen as well. This time because Dilbar was such a big hit and that along with Ishare Tere worked really well, it was ironic for both of them to come together. I have used a vocal chop but also used a flute and Hulusi instrument. The track is pretty groovy and is made for clubs as well as weddings this season.”

Famous Fathers Who Saw No Future For Their Daughters, But…..

CORONA HAS AFFECTED EVERYONE IN THE SAME WAY, SAYS KHUSBOO KAMAL