Now when love is in the air, Delta Goodrem is heartbroken with Nick's new connection with Priyanka.

The budding relationship of Priyanka Chopra and Nick Jonas is the trending topic right now. Priyanka and Nick are getting spotted every other day together and the duo seemed to enjoy each other’s company a lot. The lovebirds are reported to be in a relationship and are going stronger with each passing day. The cute couple even post flirtatious comment’s on each others Instagram pic. 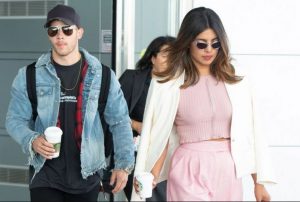 Now when there is love everywhere, there are few people who are not happy with it. Earlier it was their fans who criticized them on their photos because of their age difference and now it’s Delta Goodrem, Nick’s ex-girlfriend who is not happy with the news. 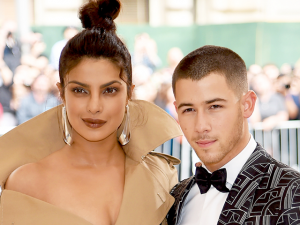 Reportedly, his former girlfriend is ‘heartbroken’ after Nick confessed his serious feelings for desi girl Priyanka. Nick and Delta were supposed to work together on ‘The Voice Australia.’ This ignited Delta’s hopes of reconciling with Jonas which was later crushed with Nick’s confession.

According to a leading daily, a source revealed, “Delta was left heartbroken. She feels she can’t compete with a hottie from Hollywood, whose best friends are royals.”

Meanwhile, Nick’s brother Kevin also talked about PeeCee to an entertainment portal saying, “You’re gonna have to ask Nick about that. But we’ve met in the past. She is super awesome but at the same time that’s Nick’s thing and he can say what he wants to say.”