From her 2008 debut in Rab Ne Bana Di Jodi to her 2018 horror flick, Pari, the actress has completely transformed herself, be it is her acting or appearance!

Amongst Bollywood‘s top actresses, a successful producer, a proud animal rights proponent and the only Bollywood star feature in the Forbes –Asia 30 under 30, Anushka Sharma has come a long way in terms of her work, acting skills and her physical transformation over the years.

From her 2008 debut in Rab Ne Bana Di Jodi to her 2018 horror flick, Pari, the actress has completely transformed herself, be it is her acting or appearance! She is one of those few actresses who dared to do different kinds of roles from the stereotypical commercial heroine to the non-glamourous avatar in her upcoming – Sui Dhaga. However, her evolution is not just limited to her acting but also the physical appearance and body transformation. Here, we have listed some pictures from her modelling days to the latest Sui Dhaga get up to show you the incredible evolution of Anushka Sharma over a decade of her Bollywood career.

Scroll down to see Anushka Sharma’s transformation over the years.

Anushka started her acting career with modelling at the age of 19. During the Lakme  Fashion Week 2007, Anushka was picked for Wendell Roderick’s Les Vamps Show finale. After that, the actress has been the face of many product endorsements. Here are some of her initial days’ pictures. 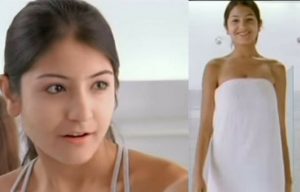 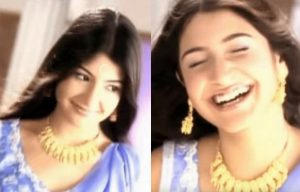 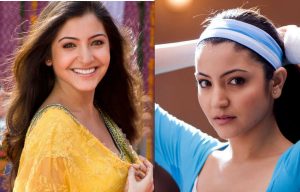 After featuring in many successful movies, Anushka Sharma faced a lot of criticism and trolling for her lip job which is very evident in her 2014 flick PK. However, back then Anushka had said that her fuller lips were the result of a “lip enhancing tool” and “make-up techniques” that she used for her role in Bombay Velvet and denied having undergone any intrusive procedure.

After her drastic change in PK released in 2014, her lip surgery is quite evident and it is clear, it was not just a “lip enhancing tool” effect. 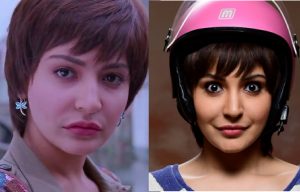 After a lot of controversies, Anushka had finally spoken about her lip surgery in an interview with Vogue,  “I have nothing to hide. So when I spoke about my lip job, a lot of people called me brave for coming out. But I did what I had to (for my role in ‘Bombay Velvet’). I’m not going to lie and say I didn’t. I had to take ownership. I wanted fans to know that I’m human and not perfect.” 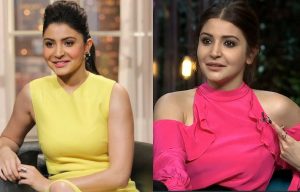 After 2014 popular, Koffee With Karan episode, Anushka also took to her Twitter account to clarify things to shut down the unnecessary trolling.

“Lately there has been a LOT of talk about me in this particular episode of Koffee with Karan. Mainly regarding my lips. I am here to just convey what I have to say regarding the same. I am talking about it only because this story has taken a scary direction and things have been ‘blown out of proportion’ ( pun intended 😉 ),” she says.
She elaborates: “For a short while now I have been using a temporary lip enhancing tool and that along with make-up techniques (I have learnt over the years) is the reason why there might be a change in the appearance of my lips. Having stated this fact let me very vehemently assure everyone that I have by no means gone ‘under the knife ‘ or done any kind of ‘plastic surgery’ or undergone any intrusive procedure. This was my decision and was done for the sake of my look in my upcoming film Bombay Velvet, a period drama where I play a jazz singer in the 1960’s – 70’s.”
This doesn’t mean you have to like the way she looked on Koffee. In fact, Anushka doesn’t herself: “The drastic change in my appearance on KWK is due to lot of factors put together and not just my lips. Everyone goes through good and bad days. Did I think I looked good on the KWKepisode? NO. I do feel I could have done things differently.”

What do you think about Anushka’s transformation over the years? Share your views in the comment section below.

BADSHAH: RAPPING IS NOT TAKEN SERIOUSLY IN INDIA

Republic Day Feature: Celebs on the significance of the…