No famous surnames, no film background, Laila and Majnu had to be one of you!” : Imtiaz Ali 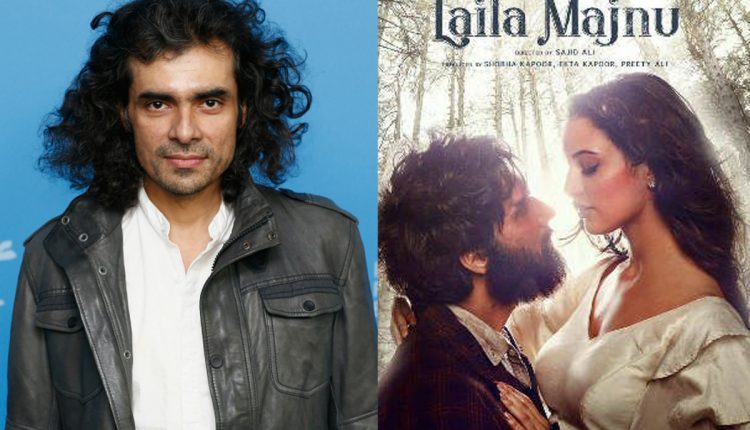 731
Share
The excitement behind the teaming up of Imtiaz Ali and Ekta Kapoor on a crazy intense love story, already has our interest piqued!
Apparently when Imtiaz met Ekta, the causal meeting that was to last about half an hour, went on for over 5hrs, as they discussed different ideas and connected over a crazy new age telling of an intense classic.
As Imtiaz Ali penned this tale, he wanted a fresh approach with raw new talent and a new director to helm it. Imtiaz Ali knew how he would direct the intense love story of eternal lovers, but he felt it would be refreshing to see how a new director could carry his vision through. That’s when Sajid Ali came on board to direct the classics epic giving an honest, new spin to the story while staying true to the love saga.
Imtiaz ali adds, ” I felt It was important that the actors & director came on set unaware of the trappings of Bollywood and yet uninhibited. I told Ekta it was a risk and I think that’s what excited her even more!”
Imtiaz Ali and Director Sajid Ali auditioned over thousands of newcomers for months before finally locking Laila and Majnu.
“It was challenging for us to find the perfect fit for the characters. The journey indeed was long, Sajid and me auditioned for months before handpicking Avinash and Tripti. With the trailer out today, We are extremely proud of presenting our Laila and Majnu to the world,” says Imtiaz.

Urvashi recreated by Yo Yo Honey Singh, shot on Shahid Kapoor and Kiara Advani

Actors talk about their love for farming

Sunny Kaushal LOOKS REVEALED! Here is a look from his upcoming Lionsgate India…