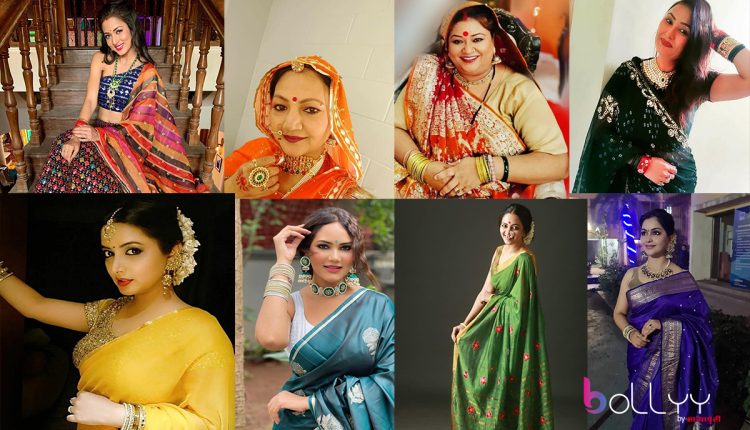 As Yashoda in&TV’s Doosri Maa, Neha Joshi shares, “On the first day of Navratri, Devi Shailputri, also known as Devi Parvati, is worshipped. Revered as the daughter of the Himalayas, this form of Devi form is believed to bring about the highest state of consciousness, enthusiasm, success, and happiness in an individual. She is the absolute form of Mother Nature. People wear yellow-coloured clothes to please the Devi and manifest happiness and cheer. In my hometown, we offer pure ghee at the foot of the Goddess. 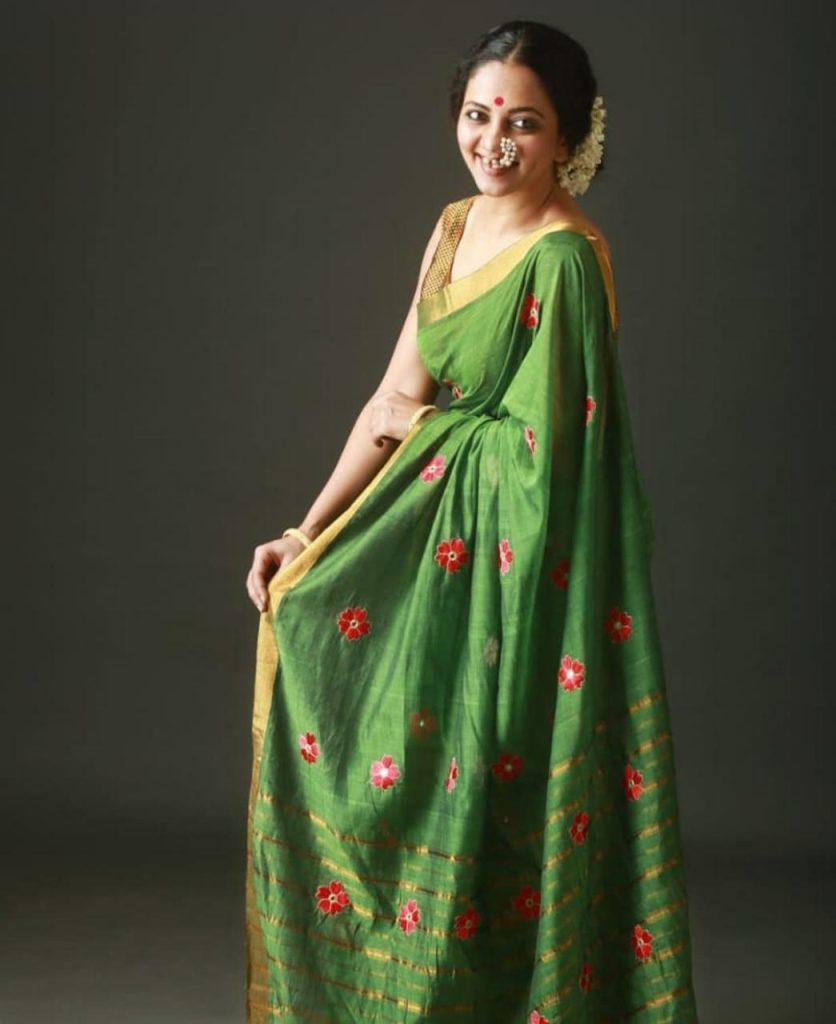 It is believed that by offering pure ghee, the devotees are blessed with a life free of diseases and illness”.Rajesh Singh in &TV’s Happu Ki Ultan Paltan, Kamna Pathak shares, “On the second day of Navratri, Devi Brahmacharini is worshipped. It is believed that on this day, one must explore inner divinity and evoke spiritual awakening through meditation. This Devi Swaroop personifies dedication, love, and loyalty. Hence, green-coloured clothes are worn daily to radiate the same energy”. 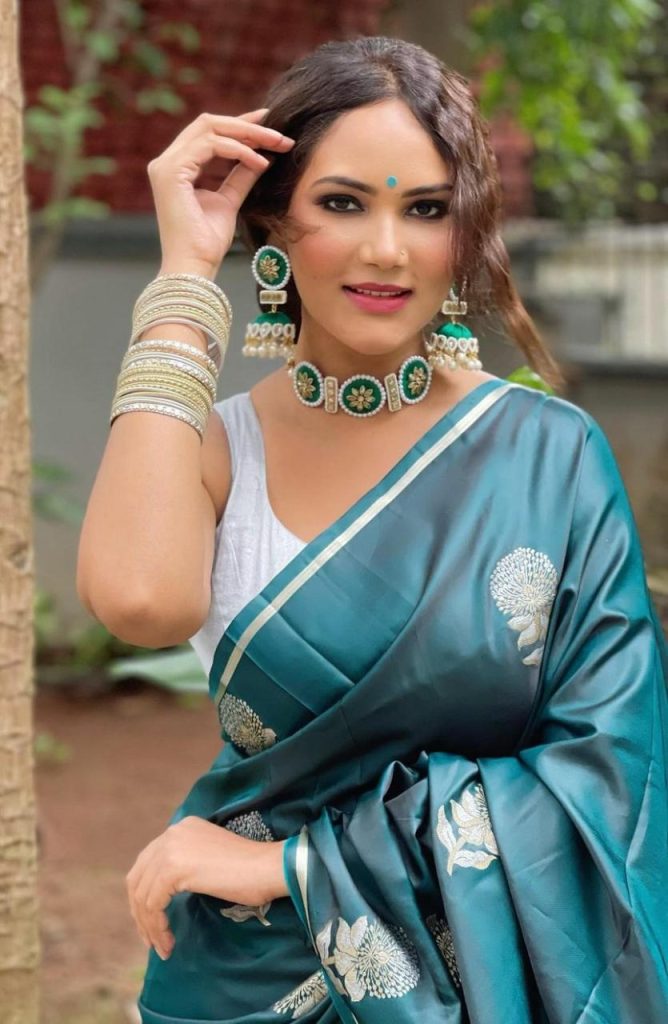 Angoori Bhabi in &TV’s Bhabiji Ghar Par Hai, Shubhangi Atre shares, “The third incarnation of Devi Durga is Chandraghanta. This form of Devi wears a grey-coloured half-moon on her forehead and signifies concentration to achieve knowledge, peace, and serenity. The name derives from the fact that, after marrying Lord Shiva, she started adorning half of Chandra (moon) on her forehead. She is ready to fight and destroy those who bring trouble to her devotees. She rides on a lion and is believed to destroy all evil and wickedness. The ferocious Goddess is pleased by offering milk, sweets, or kheer”. 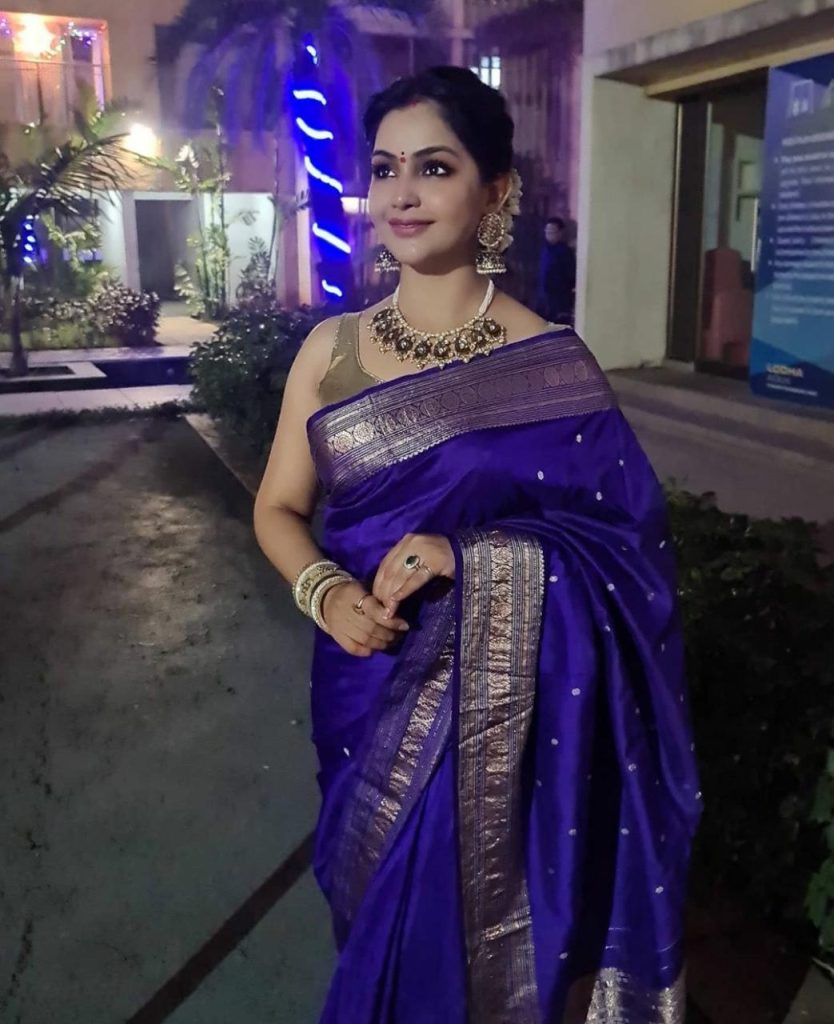 Mala in &TV’s Doosri Maa, Nidhi Uttam shares,  “Kushmanda Devi is worshipped on the fourth day of Navratri. Kushmanda means pumpkin. The vegetable possesses the power to absorb and emit life. The luminosity of the Devi and the divine power she possesses light up the sun. She is also referred to as the “Smiling Goddess,” signifying passion, anger, and auspiciousness”. Hence, devotees wear orange-coloured clothes to please the Devi. 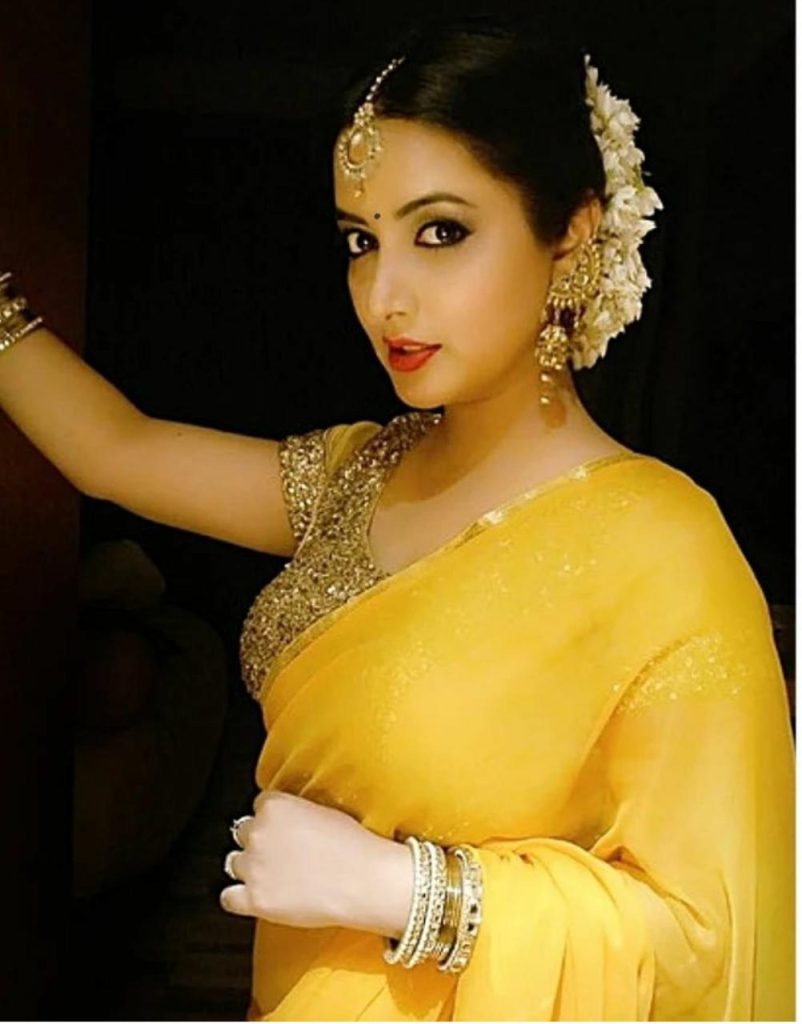 Katori Amma in &TV’s Happu Ki Ultan Paltan, Himani Shivpuri shares,  “The Devi Skandamata is worshipped on the fifth day of Navratri and represents the strength of a mother. This form of Devi Parvati is the mother of Lord Karthikeya. Holding the baby in her lap, she represents motherly affection. Devotees are blessed with abundant wisdom, wealth, power, prosperity, and liberation upon worshipping this Devi form. 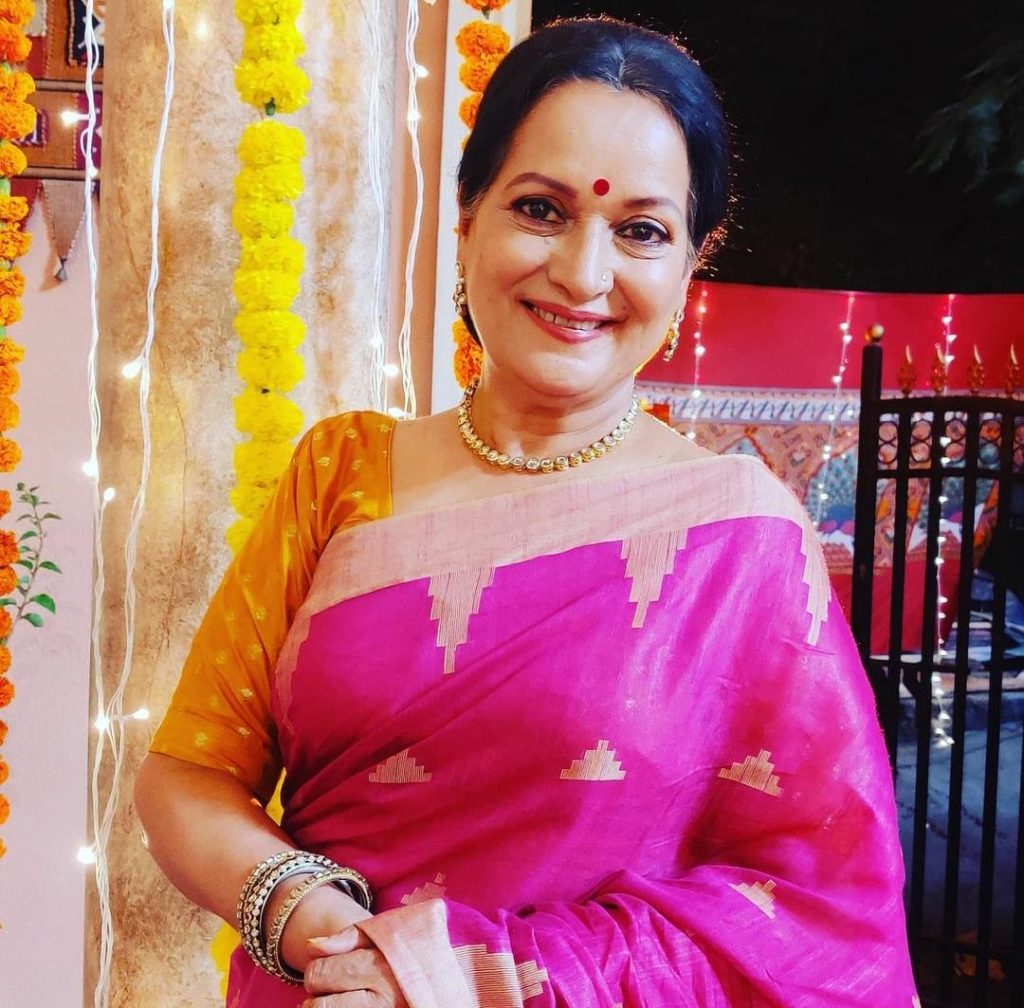 I believe every woman in this universe who is a mother can relate to her”. Anita Bhabiin &TV’s Bhabiji Ghar Par Hai, Vidisha Srivastavashares,  Born from the powers of Devtas, Katyayani Devi is the one who killed Mahishasura. She represents the divine power that restores the balance of nature. On the sixth day, Devi Katyayani is venerated to help us get rid of our inner foes that act as hurdles in the path of spiritual evolution. During the prayers, the Goddess Katyayni is offered honey as she is believed to like honey. Many offer red flowers to the Goddess and wear red on this day”. 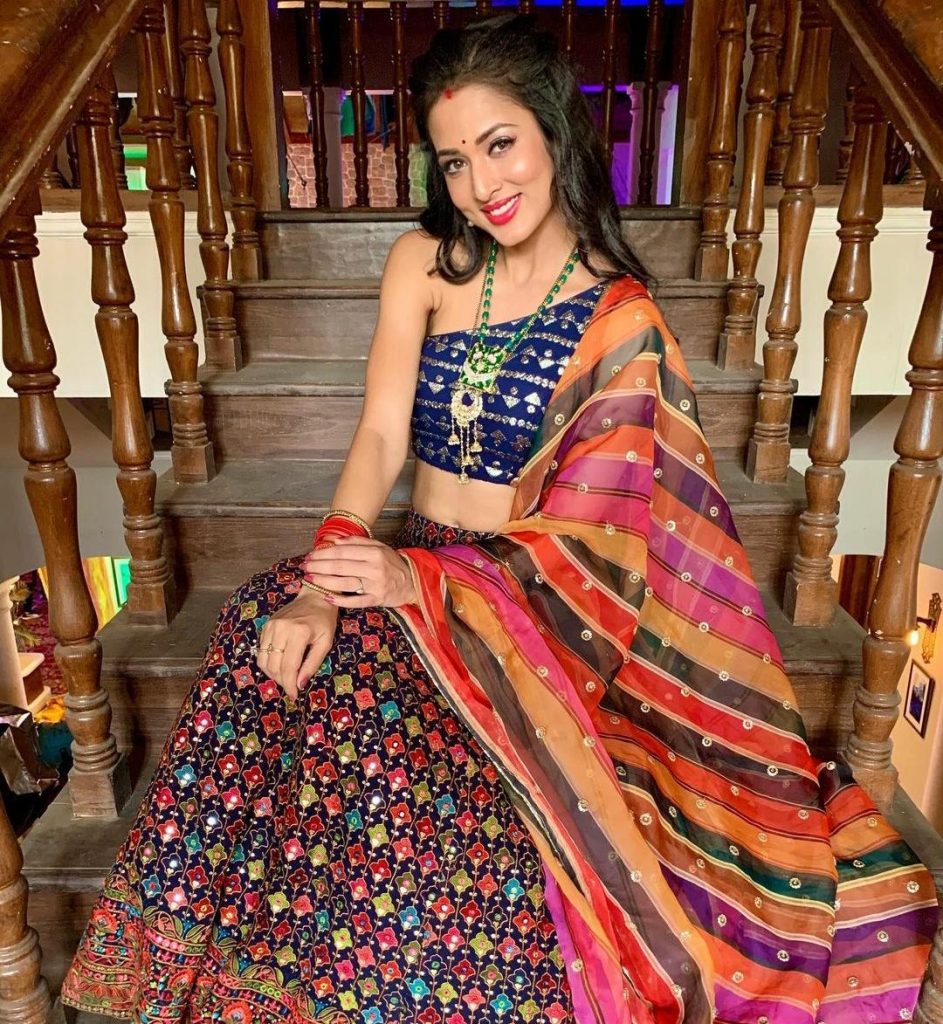 Malti Deviin &TV’s Doosri Maa, Anita Pradhan shares,  “ The seventh day of Navratri, Saptami, is dedicated to Goddess Kaalratri. According to legend, she sacrificed her skin colour and embraced a dark complexion to kill demons. The Devi is a four-armed deity who rides a donkey while wielding a sword, trident, and noose. She has a third eye on her forehead, which is said to hold the entire universe. Kaalratri, the fiercest form of Goddess Durga, represents the dark night which represents the destruction of evil. Blue represents Devi’s powerful energy. 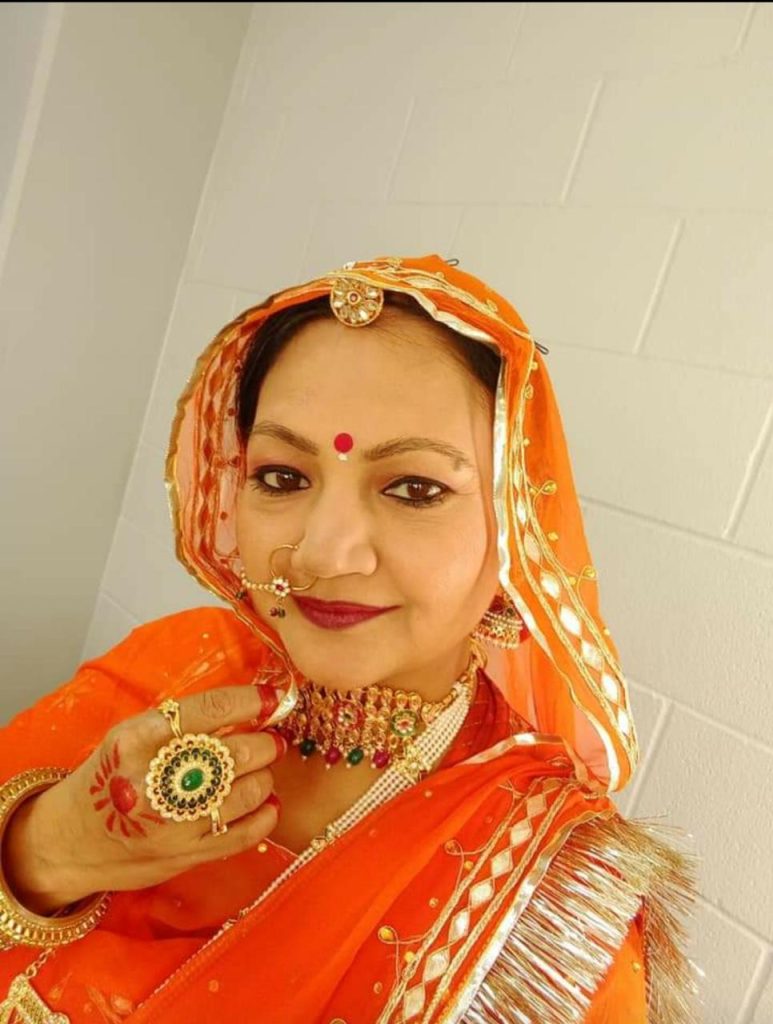 Bimlesh in &TV’s Happu Ki Ultan Paltan, Sapna Sikarwarshares, “The most graceful form of Navadurga, Devi Mahagauri, represents the beautiful and serene aspect of Nature. As the Devi represents purity, cleanliness, endurance, and peace, worshipping her helps reduce your flaws and turns your mistakes into ashes. Wearing purple-coloured clothes on this day is considered auspicious.” Ammajiin &TV’s Bhabiji Ghar Par Hai, Soma Rathod shares,”Siddhidatri, the ninth form of Devi, represents Siddhi, meaning perfection. The works of Devi Siddhidatri help us explore the complexities of the mind. She is said to have supernatural healing powers and to assist devotees in making the impossible possible. Peacock green is the colour of this day. It is believed that one side of Lord Shiva’s body is that of Goddess Siddhidatri”.

PS1 IS A SEARCH FOR EXCELLENCE AS WELL AS IMAGINATION FOR ME”, SAYS A.R. RAHMAN