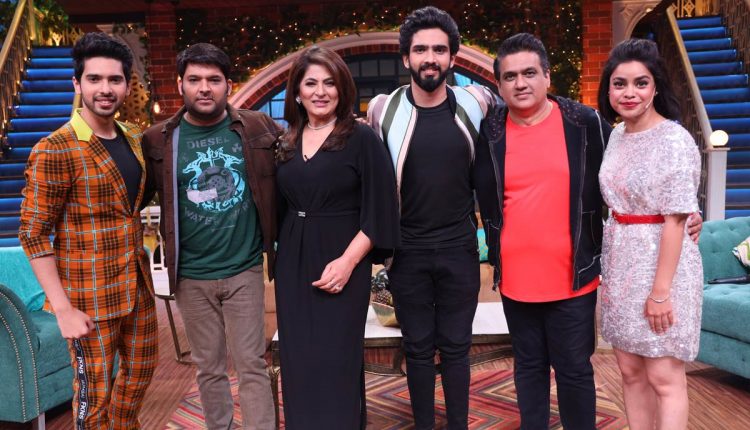 On The Kapil Sharma Show: Armaan Malik Shares The Memory Of His Father Being Ready To Sell Their House For The Singers Education

The upcoming episode of Sony Entertainment Television’s popular comedy show The Kapil Sharma Show promises to be a marvelous watch in the presence of legendary music composer Daboo Malik who will be accompanied by his musically gifted sons Armaan and Amaal Malik. The musical Father-son trio lifted up the environment on the show by making it a musical evening. During the show, Armaan who went back to his college days revealed how his father was almost going to sell the house for a particular reason.

While talking to Kapil singer Armaan Malik shared a distinctive memory of his father with the host Kapil Sharma and the audience. The singer said, “I wanted admissions in a renowned International music school and when I asked my father to pay the fees he told me, ‘I would not be able to pay the fees if you don’t get a scholarship, but if necessary I will sell my house to pay the fees.’ And it warmed my heart.” The singer felt very impassioned sharing the memory. The singer added, “I got the scholarship and went to the college, but my father being ready to sell the house for my education is one of the earnest experiences of my life.”

The host Kapil Sharma as well as the audience were moved after the singer shared the tale that was so heartfelt. Further in the show, the trio was caught sharing other experiences from their careers, Daboo Malik shared how his career started with the song, ‘Maine Dil Tujhiko Diya Hai’ for Sohail Khan but it was Amaal Malik who left Kapil in splits of laughter when he revealed his unique way of composing songs in the bathroom.

9 Surprising Facts About Gulshan Grover That You Don’t Know